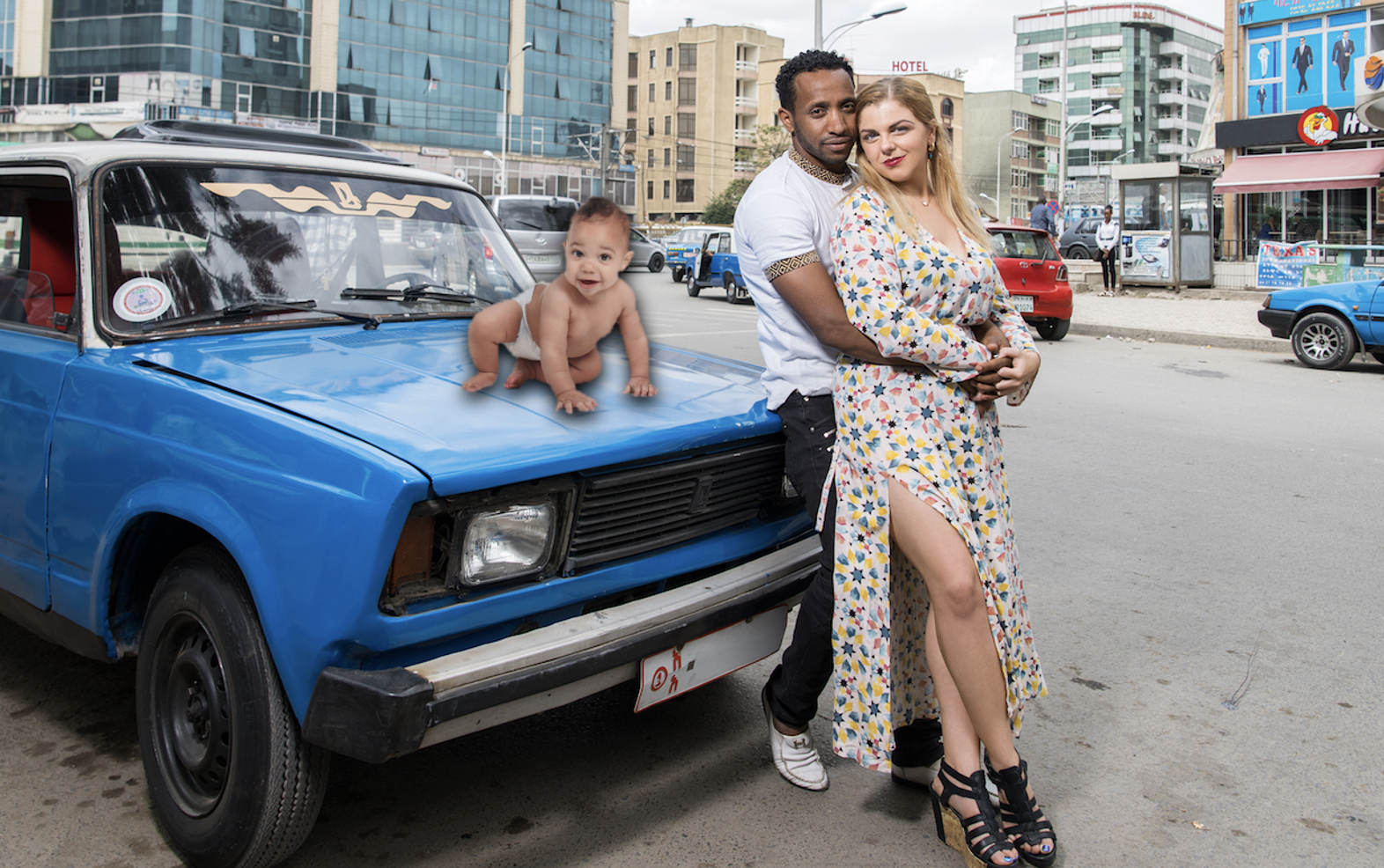 After sucking all of Jenny's earnings, Sumit's license plate will read "Lying Fucking Indian 2020." The sinful American daughters are no match for the guru of lies. At least they don't have to listen to mother pine for curry penis while he celebrates. The Gallos are getting married. Armando's thoughts shot right through the screen. "The money is mine, mine, mine. All of it. Fuck all thee cheeldren." The baby and Ariela took hot baby to a religious festival. Ariela worried for her child. The baby almost got wet! Her baby is the most sensitive being on the planet. Why are religious people so barbaric? She overreacted, apologized, declared her love for Ethiopion bendy straws and Sumit was not the only foreigner memorizing corny wench snagging romcoms. The mushrooms (Deavon & Jihoon) collapsed under their own gasses. Her dizzy aroma did not mesh with his stationary high. Pretty muslim boy is a terrorist bomb threat with no inheritance package. Brittany said, "fuck that, I'm going back to America. Be safe. Kisses." Smart girl. 30-Nov-2020
Sumit & Jenny. Sumit has earned the best supporting acting Oscar for 2021. He pleaded with the brownstones (parents) like he actually wanted to be married to a 500 year old fossil because he can't do any better or find a stabilized job. If Jenny does not wake up to the scam she will need mental health intervention. Tim left Melyza because dressing and holding a tiny doll in another country is very expensive. To elicit the tight doll like qualities of a foreigner he's going to have to stalk High School cheerleaders once he lands in America. The pain. Brittany and Yazan. Better hotter hairier brother held a conference with Brittany where he spilled Yazan's humiliations and castigations and demonstrated fuckable muslim sensitivity. Brittany is the smart American sister who decides with her brain and not with her partner's dick. Ariela and Baby. Ariela is full pod. There is no hope left for her and her mother knew it. The witches have clouded her mental health so she can withstand the torture of her child. They all lead miserable lives but not going to hell is a priority in a world with no God. It excuses all the evil they do. Stupid traditions belong in the fire. I smell a GLAAD Award for next week's episode. The Gallos get married with absolutely no rights to bind it! 22-Nov-2020
Geez. I almost forgot the gay darlings. First off, fuck them for using a clueless child (daughter) as a tool to make an audience sympathize with their political agenda. Armando did a great job passing the hate. The child was programmed to hate anything that would disagree with whatever daddy and granny croak say. The world pushes back daddies and the girl has no strength. When she acquires an opinion, it will bite them in the ass. Secondly, even if you get married, society doesn't accept, authorities wont honor it and the other laws will cancel it. Nope, wedding contract void. Next! Why bother. Did American croak do any homework? I understand Armando will fuck a cactus to smell a better life but it doesn't last long enough to matter. Eventually he'll have to become the man his wife was always telling him to become and what the daughter needs. Armando will walk away from the farce none the better and carry-on but his daughter might suffer. 16-Nov-2020
The patience testing episode. Ariela and Biniyam. American parents need to get a backbone. If foreign country parents can enslave and threaten to kill their children for their life choices the American parent can dish a whipping and withhold financial support to a dead end relationship. In Biniyam's world man exists to be satisfied (whoring, lying, and free money from easy options.) If Ariela expects respect she texted the wrong area code. I felt Ariela's parents' rage at the witch sisters, accusing their daughter of being tacky and rude whilst being tacky and rude themselves. If women don't have a say in their country, shut the fuck up. Ariela seems like she is breaking from the atmosphere. Good mental heath is a priority. Jenny and The Best Liar In India. Dude is gunning for an award for most convincing reality star. He doesn't want to marry Jenny but he likes her financial support. Bullocks. Jenny needs some help here. Her daughter-in-law gave great red face during the video chat. Send her to India to meet his parents. She'll fuck them up. They are trying to be patient and supportive. I get that. We have to stop being so wimpy though. Tell her. It won't go in right away but given the right moment it will click in when she needs it most. Sorry, Jenny. Tim and Melyza. Tim's mother had the best reaction to female cheating. Women do it to make sure they pick the right one or because they got dumped. 16-Nov-2020
Ariela and Biniyam. Big Baby suffers from Sumit lying syndrome and man whoredom. When a man exclaims he needs to be trusted, don't. His nasty family and stupid smirks do not endear him to humans. Mama Korea brought her kind persona and she was fun. Brittany and Yazan. She's fiddling with fate. I know the main reason why women have to cover-up in muslim countries. The men who dedicate a lifetime to prayer can't contain themselves around flesh. Horndogs. Don't ask them to change a diaper. Melyza played cool cat as mama "Karen" (Tim's mother) met her bet and raised it. Mama will call the police, even in another country if she thinks the slut is getting out of hand. The faux courtesy is just an American charm. 02-Nov-2020