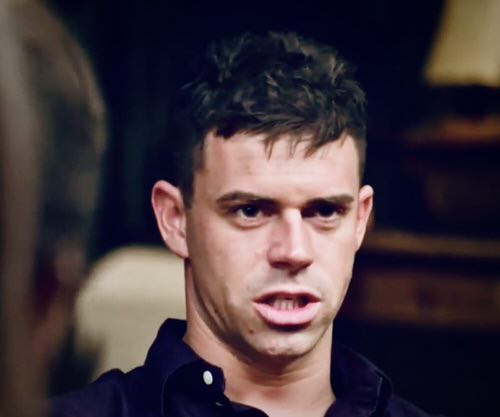 If I weren't still hungry from dinner, I would have puked my brains out. For some reason we need to digest the current season like an antacid. The best liars snatch it, the most compulsive insult it, the most demure destroy it and anyone with a useless dick gets slaughtered. That's all I could devise through the loud Disney orchestra. 18-Sep-2020
Auditions were revealed. Michael has "a type" he likes to torture. Lucky for brunettes (except Hayley) and diversity. Rainbow Connection (Drew) doesn't want to unite with material affection (KC.) Drusilla is less gruesome as a blonde but not as a person. She splintered Thor's hammer. Connie has to be a beneficiary of the Bates Motel. She came on so she can utilize the provided acne treatments that are working marvelously but not endearing her to the hostage. Give Korak a break. He didn't vine through the wilderness to marry Leah Michele. Hades (the expert) left the God clouds to deliver Pandora's box filled with lame curiosities and firecrackers lobbed at Steve. Steve expected Tik Tok and got Yahoo. That's expert quackery. Steve and Korak don't want to offend their women. They want to bestow them a sense of self so when they get dumped they can courageously move on. Not also means no. 10-Sep-2020
Steve finally caved to all the sexual harassment and obliged Mishel with some affection. Daddy bedded her with his little friend Teddy and it was cute. Mishel complained to the girls that he didn't grab anything worth a molestation charge. Male etiquette is to feel up whatever lays next to them. Mishel will regain her powers when she realizes it was her decision to make not his. The surprises were meant to have Michael shit his pants but it looks like he drank them away. New memories forgotten. A marriage nemesis returned. Thank you.

I almost forgot. Korak's mother made him a shirt out of jungle baby diapers. 28-Aug-2020
The experts torched Steve for not grabbing free pussy. It's part of the experiment. Connie broke the couples' hearts by displaying the vulnerabilities that get your partner bullied. Even Michael empathized. When she threw down the Korak imprisonment card, it felt a little psycho. Haha heehee hoho. 27-Aug-2020
Drusilla's family attempted to shove Thor's hammer up his butt but all he did was turn Red Hulk. The couples attempted to stake Drusilla at the fact check dinner for sinking her teeth into everyone's marriage. Korak was chastised yet again for flipping on vines that don't land on Connie. He admitted no attraction to her as his peers snipped at what was left of his dick. Steve was bullied for considering Mishel a friend. If women continue to pressure men about sex, rapey assholes will presume they asked for it. 21-Aug-2020
Oh no. It looks like Steve texted the mafia sexline. Wifey homesteads were a dick shrinking female gangbang, raping hubbies for not reaching a solid woody for their family member. Mike realized Stacey is a Bravo housewife lost on a different channel. Drew took a bullet and admitted how men really feel about botox. All KC wanted was for him to pretend that she was as special as she pretends him to be. The unhealthy connived Thor into getting a unity tattoo. He put it somewhere his future girlfriend wont look. Korak (Tarzan's boy) was held and questioned severely by the Karen squad. Mishel's amazons served the best spread and conducted the most adult conversation. Mama whipped it up and defined it. 20-Aug-2020
Aleks and Ivan scooted before more truth warranted it. Vroom. Vroom.

Thor did a Terminator imitation and brought his hammer to school to show the teaching experts and opinionated students the beautiful but unhealthy bride it slammed.

Jonethen was chastised by the group for complimenting Connie and admitting his willy doesn't want to greet her. The only truth a woman wants to hear is the best lie a man can concoct to make fairytales come true.

Mishel and Steve are the cutest right now. Maybe he can, maybe he will. If they do, please enjoy it. 14-Aug-2020