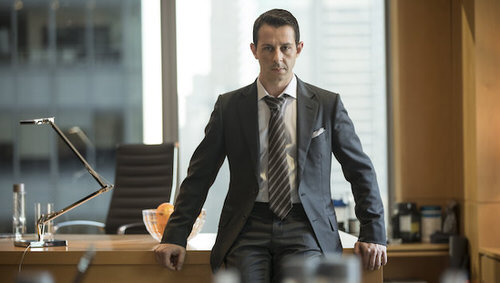 S3. Daddy Prince of Darkness battles it out with Daddy Succession Supreme. Every "fuck" made me hard, every "you" made me cum. Daddies were exploding beautifully. Women can sew their own armor. Shiv is beloved, mother is a cunt, Geri is the family dog, Roman is a mutt, Tom is bewildering, Willa keeps up, Connor won't give up, Greg is a kitten and Mencken is A game. The fight would add up to very little if the top masters didn't emote so precisely. Daddy Succession bleeds every decision to keep his dynasty and children afloat. All he wants is respect. Daddy Prince is impatient about the future. He wants to be woke, now, when it matters. Daddy S knows better. Daddy P always gets what he wants because Daddy S spoiled him. There is a study of art that defines Daddy P because of his intensity but when he calms and speaks his pathetic truth, we want to fuck him again. Yes, his pathetic is even hotter than his cockiness. It's called parenting. The writers convey our thoughts, instead of our speak because, in reality, we can't do so. But we would like to. We are not animals in cages. You cage the word and the animal comes out. Let it speak. The show spoke, delivered whoppers, kept to its guns and secured a successful season. 20-Dec-2021
Daddy suffering (Ken) hijacked it with an hilarious rap and alpha domination. I like to hear Shiv, I like to say Shiv, I love to watch Shiv. Holly Hunter (Rhea) is the clamped whisperer. When she nips it she doesn't let go. Tom shreds himself to death attempting to bare the soul of a character that rarely sees it. Culkin plays his character like he has no dick. Funny. Nobody messes with daddy. Writers that want to keep their jobs and a production that keeps on pushing it. It consummates on a boat big enough to fit two Below Decks in it. It was all about respect. 08-Aug-2020
The best corporate fuckers on TV. 06-Aug-2020
A malted shake with only whipped cream. That's a lot of protein. 24-Jul-2020
S1E3 found daughters giving handjobs, alphas verifying status on staircases and daddies snapping their tongues. I am no longer floating, my feet are firmly planted. 18-Oct-2019
Exposing how the family dynamic exploit each other for success. The sticks have returned: