All Posts Tagged as 'Religion'

A New Jersey woman has filed suit against Starbucks, claiming she was wrongfully terminated for refusing to wear an official company Pride T-shirt that she says violated her religious beliefs.

When Betsy Fresse began working as a barista at a Starbucks in Hoboken in 2018, she alleged in court filings, her managers knew of her religious beliefs. She regularly requested Sundays and certain evenings off to attend church gatherings.

In June 2019, she and other staffers attended a meeting in the store manager’s office where, she claims, she saw a box of Starbucks Pride T-shirts on the floor by his desk. After the room cleared out, Fresse asked the manager if she would be required to wear the shirt during her shifts. According to Fresse, he said she would not.

Christian girl, 14, is being threatened by Islamist death squads in Pakistan for fleeing forced marriage to Muslim man, 45 - as thousands sign petition to give her asylum 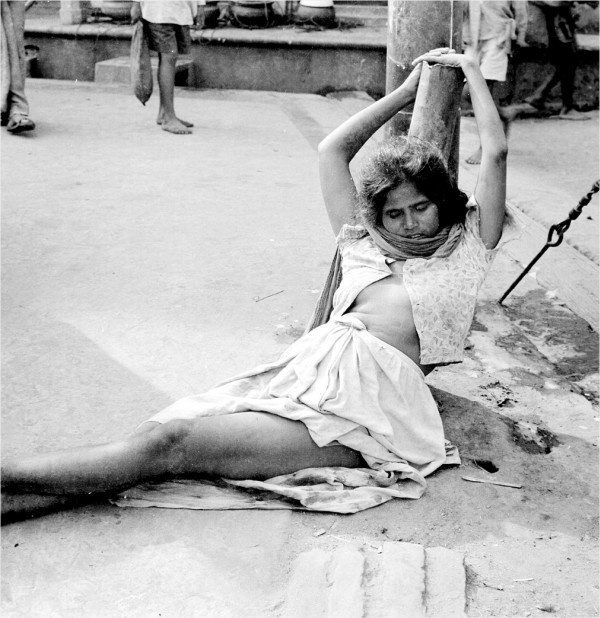 Campaigners are urging Boris Johnson to offer asylum to a 14-year-old Christian girl being hunted by Islamist death squads in Pakistan after fleeing her forced marriage to a Muslim man 30 years her senior.

Catholic altar server Maira Shahbaz, who was abducted at gunpoint and gang-raped before her wedding, is in hiding after being accused of apostasy for breaking off the marriage – an offence punishable by death in Islam.

More than 9,000 people have signed a petition asking the Prime Minister to grant the teenager and her family asylum in Britain to save her from ‘certain death’. Her supporters cite parallels with the case of Asia Bibi, a Pakistani Christian who was hounded by Islamic vigilantes on her release from prison after bogus blasphemy charges.

Christian girl, 14, is being threatened by Islamist death squads

REVEALED: How orthodox rabbi ignored Cuomo's calls to cancel 7,000-person synagogue wedding and held it in 'secret' by not handing out invitations and only using word of mouth

A Hasidic wedding in Brooklyn slipped under the radar of city officials as it crammed 7,000 maskless people into a synagogue in defiance of Governor Andrew Cuomo's coronavirus restrictions.

On November 8, crowds gathered shoulder to shoulder in the Yetev Lev temple in Williamsburg to celebrate the nuptials of Yoel Teitelbaum, grandson of Satmar Grand Rabbi Aaron Teitelman.

To keep the celebration under wraps, the community shared information on the wedding only by word of mouth as organizers schemed to avoid it being broken up by 'the ravenous press and government officials'.

How orthodox rabbi ignored Cuomo's calls to cancel 7,000-person synagogue wedding and held it in 'secret' by not handing out invitations and only using word of mouth 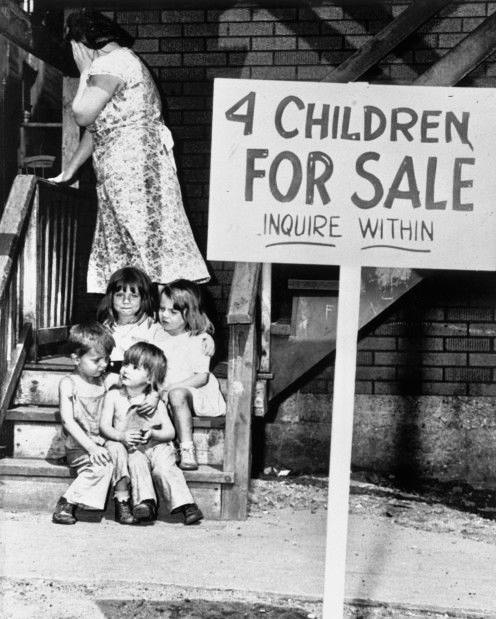 A Las Vegas woman accused of killing her two young daughters allegedly told the father of her children that “their organs were worth a lot of money” after he returned home to find the children dead.

Amanda Sharp-Jefferson, 26, is now facing two counts of murder after her daughters—1-year-old Rose and 2-month-old Lily—were found dead by the children’s father, Jaykwon Singleton, Friday stacked on top of each other in a bassinet in the apartment, according to local station KVVU-TV.

“That day, when I seen them, I died,” Singleton later told the news outlet. “I still feel dead. I am blank. I’m numb.”

A male queer couple has been convicted of murdering a lesbian in a grotesque crime that prosecutors said occurred in the men’s “flat of horrors.” One of the men said that he lashed out at the victim with a rolling pin when she made “moves” on him.

Nathan Maynard-Ellis, 30, and his boyfriend David Leesley, 25, were found guilty of murdering Julia Lawson, 42, as well as several other charges. Investigators believe that they bludgeoned her to death, cut up her body in a bathtub, and then hid the body parts in different locations.

Leaders of a Jehovah's Witnesses church 'made a 15-year-old girl listen to an audio tape of her own rape for four hours to for her to say it was "consensual"', Utah Supreme Court hears

A 15-year-old girl was allegedly forced to listen to a recording of a man raping her for four hours, by male leaders of a Jehovah’s Witnesses congregation to get her to say the encounter was consensual, the Utah Supreme Court heard this week.

The court heard arguments on Monday in a lawsuit where a woman sued four elders of the Kingdom Hall of Jehovah's Witnesses in Roy, Utah, the religion’s national organization and the Watchtower Bible and Tract Society for intentionally inflicting severe emotional distress upon her.

The woman claims she was 14-years-old when an 18-year-old male, who was also a Jehovah’s Witness, bullied her and began to sexually assault her in December 2007.

Leaders of a Jehovah's Witnesses church

The megachurch's co-founder and lead pastor, Brian Houston, revealed on Twitter on Thursday that they would be launching an investigation into Hillsong's NYC branch. “We are launching an independent investigation into the inner workings of Hillsong NYC/East Coast,” Houston tweeted. “We need a solid foundation for a fresh start and new beginning. The best is yet to come.”

Celebrity pastor Carl Lentz fired from Hillsong church: 'I was unfaithful in my marriage'

Carl Lentz, a well-known pastor who reportedly baptized Justin Bieber, has been fired from Hillsong Church due to "breaches of trust" and "moral failures."

"Today Hillsong Church East Coast advised our congregation that we have terminated the employment of Pastor Carl Lentz. This action was not taken lightly and was done in the best interests of everyone, including Pastor Carl," Brian Houston, Hillsong Church's founder wrote in a statement to their website Wednesday.

Celebrity pastor Carl Lentz fired from Hillsong church: 'I was unfaithful in my marriage' 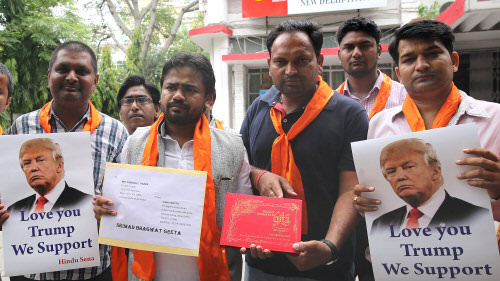 Every year since 2017 (when Trump became the U.S. president), Gupta’s group has been celebrating his birthday. “We have always supported Trump and will continue to do so,” said Gupta.

“Both India and the U.S. are suffering from Islamic jihad. Donald Trump is one of the very few people who have spoken about this,” said Kaushik.

The fondness for Trump also stems from his perceived close relationship with Indian Prime Minister Narendra Modi. In 2019, U.S.-based Indians organised the “Howdy Modi!” event in Houston, Texas, which was attended by both Modi and Trump.

Majority of Gays Are Possessed by Ghosts, So-Called Study Says

According to a bizarre article published on the Spiritual Science Research Foundation's website (which at the time of writing has since been taken down), an overwhelming majority of gay people are, apparently, possessed by some form of ghostly spirits — 85 percent, to be exact — and these spirits are the driving force behind our gayness.

"The main reason behind the gay orientation of some men is that they are possessed by female ghosts, and the female ghost in them is attracted to other men," the Spiritual Science Research Foundation wrote in its sham study, as reported by PinkNews.

Majority of Gays Are Possessed by Ghosts, So-Called Study Says