All Posts Tagged as 'Discrimination'

A South African wedding venue is facing criticism after the Christian owners declined to host a lesbian couple's wedding.

Megan Watling, 25, and Sasha-Lee Heekes, 24, said they contacted the owners of Beloftebos, a popular event place in Cape Town, inquiring about potential dates for their wedding.

However, they received an email response that the venue does not accommodate weddings between couples of the same gender, Watling and Heekes wrote on Facebook.

Watling said she cried and became overwhelmed with anger after reading the response last Friday.

Last November, a student at Fuller Theological Seminary — the nation's largest interdenominational seminary — sued the school for discrimination after she was expelled for marrying another woman. Now, another former student is joining the lawsuit.

Paul Southwick, the attorney representing Maxon and Brittsan, is arguing that Fuller is required to comply with Title IX, which bars federally funded educational programs from discriminating based on sex. However, religiously affiliated schools are often granted exceptions from Title IX regulations in order to accommodate for religious freedom.

"It's a very important case at this time in our nation's history," Southwick said, according to Christianity Today. "This case could set an important legal precedent that if an educational institution receives federal funding, even if it's religiously-affiliated, even if it's a seminary, that it's required to comply with Title IX prohibitions on sex discrimination as applied to LGBT individuals."

'Death to Gays' Pastor: Fires Ravaging Australia Because It Banned Me

A crackdown on the use of police cells for youngsters needing a specialist mental health hospital bed has also meant hospital A&E departments are increasingly the default option, The Independent has been told.

Since 2010 the number of children and young people admitted to an A&E and diagnosed with psychiatric conditions has increased 330 per cent.

The rise in A&E admissions comes as new data shows NHS mental health trusts are restricting services for children unless they are severely unwell.

Just six out of the 29 trusts accept referrals for children with all severities of mental health problems.

In some cases GPs say children have attempted suicide in order for their referral to be accepted.

A famed Catholic religious order settled sex abuse cases in recent months by secretly paying two black Mississippi men $15,000 each and requiring them to keep silent about their claims, The Associated Press has found.

The cash payments are far less than what other Catholic sex abuse survivors have typically received since the church's abuse scandal erupted in the United States in 2002. An official with the Franciscan Friars order denies the two men's race or poverty had anything to do with the size of the settlements.

In one case, the Rev. James G. Gannon, leader of a group of Wisconsin-based Franciscan Friars, settled an abuse claim made by La Jarvis D. Love against another friar for $15,000, during a meeting at an IHOP restaurant where Gannon met with La Jarvis, his wife and their three small children. 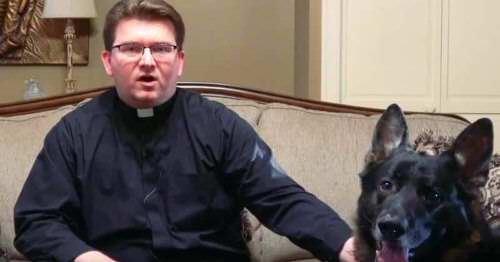 The home of a Catholic priest was the last place LaShundra Allen ever would have expected to be denied work because of her skin colour, she said.

Allen, who is black, arrived with her white colleague the morning of May 3 for what was supposed to be her first day cleaning Reverend Jacek Kowal’s rectory at the Catholic Church of the Incarnation in Collierville, Tennessee.

The colleague from the cleaning company who accompanied her, Emily Weaver, was quitting and came along to introduce Allen as her replacement.
But the women wouldn’t get far. The secretary stopped them, Allen recounted, and said she would have to go ask Kowal if the new arrangement was OK.

The secretary soon informed them it was actually not OK – because of the priest’s “racist” dog.