All Posts Tagged as 'Privilege'

Oprah Winfrey: The 7 books that ‘help me through’ stressful times like these

If you’re prone to doom-scrolling Twitter, or can’t take yet another stressful headline in the news, Oprah Winfrey has some suggestions on what books to read next.

Winfrey recently suggested seven books that are perfect to read right now, or during any stressful moment in life. She values these books “for their ability to inspire and comfort and enlighten,” she said in a video on her Instagram Monday.

“During these times, I know it’s hard sometimes to focus on anything because we’re so distracted by the roar of the news, not to mention the steady hum of our own anxiety,” Winfrey said.

But research has shown that reading can reduce your stress levels as effectively as other relaxation methods. Just six minutes of reading can lower your blood pressure and decrease other stress-related bodily responses, a 2009 study found.

From poetry to spirituality, here are the books that Oprah likes to “revisit time and again.”

Oprah Winfrey: The 7 books that ‘help me through’ stressful times like these

Speaking to Vanity Fair, Andre said: “Boohoo, Ellen was mean. Who gives a shit? I never thought she was nice! She seems like she’d be like, ‘Fucking get me a coffee! Now!’”

“‘That guy’s not nice!’ James Corden is fucked if that’s the only criteria to get called out.”

“James Corden and Lorne Michaels are screwed! They’re trembling in their fucking boots,” he added.

Chris Cuomo’s New York City apartment building threatened him with a $500 fine in August because he was seen not wearing a mask, despite lecturing viewers for months about the importance of face coverings.

According to an August 6 letter from the building’s management, Cuomo was seen on several occasions without a mask.

Chris Cuomo is threatened with a $500 fine

Kourtney posted a photo sporting a "Vote for Kanye" hat Thursday ... seemingly encouraging her more than 100 million social media followers to get behind a candidate who will only appear on the ballot in 12 states. She also included a link to his merch website where fans can purchase that hat for $40.

Later in the interview, DeGeneres told Jaden he must be making quite a lot of earnings from his films.

“I understand you’re saving money for something special,” DeGeneres told Jaden. “What are you saving for?”

“You’re gonna buy your parents’ house from them?” DeGeneres clarified.

“From them, yes,” Jaden clarified. Then, when DeGeneres asked if Will and Jada Pinkett-Smith would be living with Jaden after he purchases their home, Jaden further explained he’d get them a new place. “No, I’m gonna give them a little apartment.”

“Will that be in the backyard?” DeGeneres continued. “Or, where will that apartment be?”

'It's everything wrong with everything': Bethenny Frankel slams Kylie Jenner's 'back to school' snap of Stormi, two, wearing $12K Hermes backpack

Yesterday, Kylie - who is worth an estimated $900 million - posted a back-to-school-style snap of her toddler, sporting a light pink Hermes Taurillon Clemence Kelly Ado Backpack, which retails for an eye-watering $12K.

Bethenny, 49, took issue with the picture, writing on Instagram: 'I never say anything about this stuff but this is the most transparent humble brag I've seen yet. It's everything wrong with everything.'

However, after receiving some backlash, Bethenny defended her comment on an Us Weekly Instagram post, adding: 'I'm no stranger to an @Hermes_Paris bag & have a daughter & luxury cars, but flaunting (under the guise of a back to school post) during a pandemic & the greatest unemployment crisis in our lifetime is a choice.'

Willy Monteiro Duarte was born in Rome to parents from Cape Verde. He had just become an Italian citizen, and at 21 years old, was an aspiring chef at a hotel in a town near Rome.

All of that ended on Sept. 6 when he tried to break up a fight — and instead was beaten to death himself.

“Fascism in Italy has this history of the cult of the male body, of the strong body, of the strong myth of Rome that ruled the world and so on — a myth of domination,” said Marcello Maneri, an assistant professor of sociology at the University of Milan Bicocca who studies race and power.

“These people [the two brothers] acted like they owned the community," he said. “They wanted to patrol their territory. In the end, I think when they saw this Black guy, they thought, ‘We are the people who must control this territory, not him.’”

Community Decides That Swastika, New York Will Not Change Its Name

“THIS DOES FEEL LIKE A DIFFERENT MOMENT”: AS PUBLIC SUPPORT FOR BLACK LIVES MATTER DROPS OFF, WILL CORPORATE AMERICA STAY THE COURSE?

According to federal authorities, Harris allegedly contacted an underage boy on social media and repeatedly enticed him to make sexually explicit videos and photographs of himself and send them to Harris. The victim in the case allegedly informed Harris during the initial online encounter that he was 13 years old, the complaint states.

In addition to the criminal charge, a lawsuit was also filed against Harris and three cheer organizations by the mother of twin boys in Texas for alleged sex crimes. It appears the victim in the criminal case is one of the two victims from the civil case. 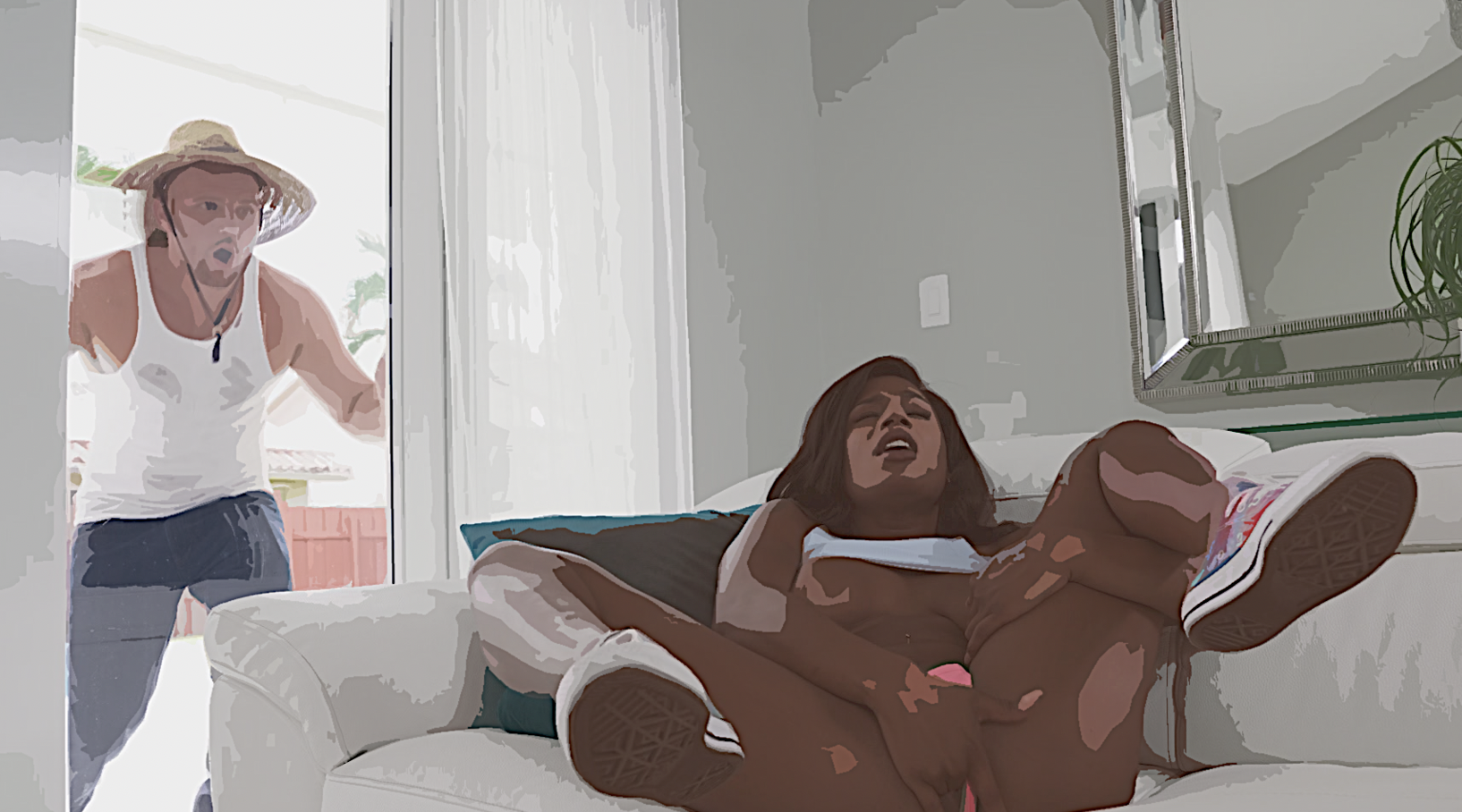 Week Two:
Although I never think I'm going to get agitated from sexual frustration, it does happen. During week two, the slightest thing gets on my nerves. I’m also antsy — like I have an itch I need to scratch, but just can’t. In fact, it’s not just that I can’t scratch it, but it also feels like I’m not even sure where that itch is.

Some passengers are out of control. Just over a week ago an American Airlines passenger handed a flight attendant a vicious note, calling her a “gloried maid,” “4 eyed c*nt,” and saying that if it wasn’t for this job, she’d be “cleaning motel rooms for $2 tips and meth.” Fortunately American Airlines acted swiftly to ban this passenger.

Well, now another flight attendant is reporting that she received a note from a passenger…

Jerry Seinfeld was spotted in the Hamptons on Monday arriving at his $32million house in a vintage Porsche, a week after labeling a comedian who fled New York City for Florida a 'putz' and vowing never to abandon the Big Apple.

In security footage obtained by Fox News, and timestamped Monday at 3:08 p.m. Pacific Time, the California powerhouse is seen walking through eSalon in San Francisco with wet hair, and without a mask over her mouth or nose.

“I was like, are you kidding me right now? Do I let this happen? What do I do?” Kious told Fox News, while noting that she "can’t control” what her stylists do if they rent chairs from her, as “they’re not paying” at this time.

“It was a slap in the face that she went in, you know, that she feels that she can just go and get her stuff done while no one else can go in, and I can’t work,” Kious told Fox News, adding that she “can’t believe” the speaker didn’t have a mask on. (From the footage, it appears Pelosi had some kind of covering around her neck.)