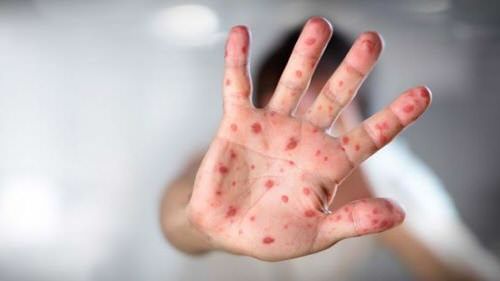 Mayor de Blasio on Tuesday declared a public health emergency in the Williamsburg section of Brooklyn to stem an outbreak of measles.

As part of the emergency order, unvaccinated individuals living in selected ZIP codes in the heavily Orthodox Jewish community who may have been exposed to measles will be required to receive the measles-mumps-rubella (MMR) vaccine to help curtail the ongoing outbreak.

“We don’t take these steps lightly,” de Blasio said of the mandatory edict to get vaccinated. “It’s time to protect your family and your community.”

Those who have not received the measles vaccine — or do not have evidence of immunity — could be slapped with a violation and fined $1,000.

A nationwide network of white Americans hoping to weed out support for white supremacy has set up a free texting service, the SURJ Holiday Mobile Hotline, to help people respond and report racist Thanksgiving conversations.

Last year, the Showing Up For Racial Justice (SURJ) network set up a similar service to text “SOS” in case unruly family members or friends attempted to bring up their support of then-President Elect Donald Trump or bigoted conversation topics. This Thanksgiving and holiday season, the group has expanded the free texting service to call out any openly racist white family members disrupting Thanksgiving dinner. The service hopes to "break silence about race in this country," according to the group website.

3 Steps White Christians Must Take to Fight Racism and Intolerance

The Terrorism of Depriving Self-Definition

I single out conservative Christian denominations specifically in a United States on the basis of their Christian privilege. Stemming from Peggy McIntosh’s pioneering investigations of white and male privilege, we can, by analogy, understand Christian privilege as constituting a seemingly invisible, unearned, and largely unacknowledged array of benefits accorded to Christians, with which they often unconsciously walk through life as if effortlessly carrying a knapsack tossed over their shoulders. This system of benefits confers dominance on Christians while subordinating members of other faith communities as well as non-believers.