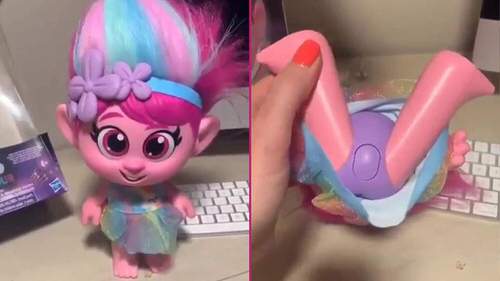 A Trolls doll is being pulled off store shelves amid complaints it promotes child abuse.

Toymaker Hasbro said Wednesday that it’s in the process of removing the “Trolls World Tour Giggle and Sing Poppy” from the market and will be offering customers a replacement doll of the popular female character.

The doll had been designed to giggle when placed in a sitting position, but some parents complain that the sound activation button is inappropriately placed between the doll’s legs.

A SEX doll brothel where randy punters shell out £70 an hour to bonk silicon seductresses has opened in Eastern Europe.

Naughty Harbor in the Czech Republic has a selection of three love dolls that customers romp with while wearing virtual reality headsets.

Are Trampolines Safe? These Doctors' Answers Might Make You Rethink Your Backyard Fun

My siblings and I begged our parents for a trampoline every summer like clockwork. We were shot down just as routinely. You see, my mother has been an Emergency Room Nursing Director for many years, and the trampoline accidents she'd seen were multitudinous — we were never getting one. All of her advice against the backyard toy would prove justified when my sister absolutely destroyed her ankle on a neighbor's trampoline one summer. 25 years later, she still has problems with that ankle. When I asked some MDs if trampolines are safe, they did not hold back — much like my mother.

To be fair, the statistics are harrowing. A report released by the American Academy of Pediatrics noted that "Trampoline use poses significant risk of injury to children.Estimates from the National Electronic Injury Surveillance System (NEISS) show that trampoline injuries result in nearly 100,000 emergency department visits a year." And those are just the reported injuries where someone has taken the time to see their doctor. How many of us will go and spend many hours and thousands of dollars for a sprained ankle or wrist? It's quite possible the number is much higher. Most of the injuries were lower extremity injuries, like broken ankles and torn ligaments in the knees, but older jumpers also run a fairly high risk of joint dislocation. 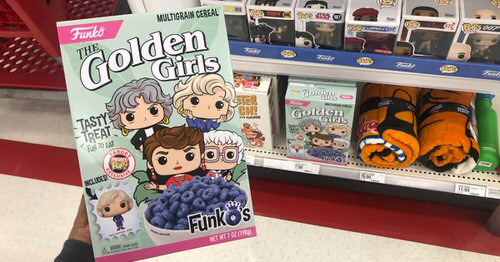 If you’re a fan of The Golden Girls, the much-beloved late ‘80s early ‘90s TV sitcom about four silver-haired ladies living together in Miami, then you may be delighted to know that it now has its own limited-edition blueberry-flavored multigrain cereal. It even comes with a toy inside of the box: a Funko figurine of one of the Golden Girls.

The internet is a wonderful place to learn and grow and communicate. Still, sometimes it’s good to get your kids out from behind the computer and doing something that lets them be creative and really get their hands dirty. Below, cool art kits and gadgets that'll get their creative juices flowing. This is primo imagination time, people. 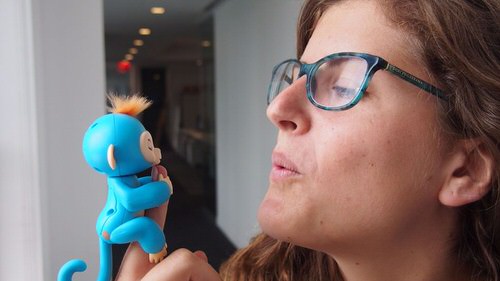 Hello little Fingerlings, where have you been all my life?

I am an unabashed robotics fan. I'm also someone who has been disappointed repeatedly by consumer robotics.

While some overpromise and underdeliver others overdeliver and overwhelm. The best of them, like Sphero's Ultimate Lightning McQueen are pricey, and the worst of them, like WowWee's adorable ChiP robot dog, are expensive and confusing.

In truth, consumers can only handle so much when it comes to robotics. They like a little bit of automation and intelligence, a lot of simplicity, and pocket-change prices. For consumer automatons, that's a near impossible mix. 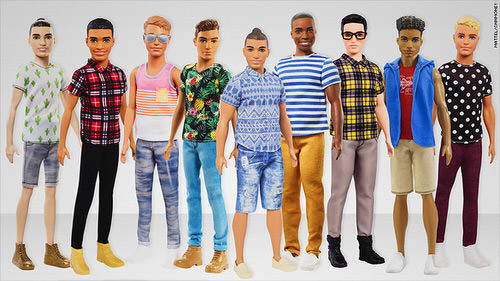 NEW YORK - He’s been overshadowed by Barbie for decades, but now Ken is finally getting some attention.

Barbie had a similar makeover more than a year ago, both part of the toy company’s plan to make its dolls more diverse and appealing to today’s kids.

Ken hadn’t changed much since he was introduced 56 years ago as Barbie’s blue-eyed, chiseled boyfriend. Now he’ll be sold in three body shapes: “slim,” “broad” and “original.”