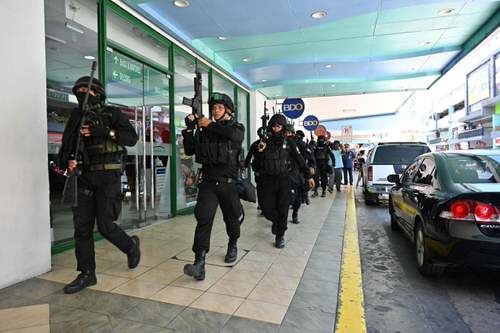 A new study found that the consumption of energy drinks could be contributing to post-traumatic stress disorder and other mental health problems among U.S. soldiers.

The FDA says ecstasy is a ‘breakthrough’ drug for PTSD patients
It's a big step forward for a controversial treatment.

Ecstasy doesn’t sound like something you do in a doctor’s office. But the Food and Drug Administration wants that to change. The FDA just approved the substance, more clinically known as MDMA, as a ‘breakthrough’ drug—and will work to move it through clinical trials as efficiently as possible.

The FDA only grants breakthrough status when a medication (for a serious disease) is likely to offer significantly better results than currently available treatments. It may seem wild that the same drug that EDM lovers take at raves is going to help soldiers recover from war-related trauma. But if you know how MDMA works, it shouldn’t come as a surprise.

Ecstasy makes you feel great, and that’s why it’s such an effective therapy

The U.S. Army lost track of more than $1 billion worth of Humvees, rifles and other equipment meant for local allies in the fight against ISIS, according to a report.

An audit of the Iraqi Train and Equip Fund revealed that hundreds of Humvees, tens of thousands of rifles and hundreds of mortars were unaccounted for, according to Amnesty International.

The declassified report, published by the human rights group Wednesday, blamed the mishap on the lack of a central database for keeping track of the equipment destined for the Iraqi army and Kurdish Peshmerga forces.

The Department of Defense officials’ audit also revealed that the weapons are not tracked after being transferred to the Iraqi government.