Texas Girl, 6, Fatally Shot by Relative Over Spilled Water: 'At a Loss for Words,' Grandma Says 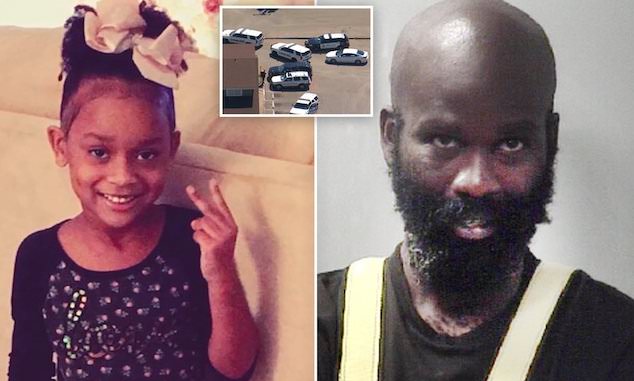 A Texas girl was shot and killed by a relative on Friday following an argument over spilled water.

The 6-year-old has been identified by family as Laurionne Walker, according to local news station KPRC-TV, which reported that the suspect, Raymeon Means, 35, has been charged with capital murder in connection with Walker's death. Means is being held without bond, KHOU-11 reported.

Neighbor Mauricio Alvarez told KPRC that they would see Means walking around the complex often and saw him not long before the shooting. "He knocked on the door and he was like, "Oh, can you check if you have water coming down because the little girl clogged the toilet,' " Alvarez said.

Texas Girl, 6, Fatally Shot by Relative Over Spilled Water: 'At a Loss for Words,' Grandma Says

An unhinged woman was kicked off a recent United Airlines flight after going on a fat-shaming tirade about her two seatmates – calling the passengers on either side of her “two big pigs.”

“Oh my goodness! I don’t know how I’m going to do this for the next four hours!” the woman barks into her cellphone on the Las Vegas-to-Newark flight.

“This is just impossible ’cause they’re squishing me. Like, just unbelievable. At least they’ll keep me warm,” she fumes. “I can’t sit here because they’re both so big on left and right. I can’t even sit here.”

Norma Rodgers, an award-winning nurse from New Jersey sitting next to the obnoxious woman, captures her on video as she continues her rant.