Why Does Blood Look So Strange in Old Horror Movies?

George Romero’s classic 1978 horror film Dawn of the Dead begins in a state of high panic. A sequel to Night of the Living Dead, Romero’s 1968 film that introduced the zombie as we now know it, Dawn’s first scenes find the zombie apocalypse already in progress. After opening on a Philadelphia TV station that’s descended into chaos—and where a public health expert repeats, in vain, the safety protocols that might have prevented the zombie pandemic—the film shifts to a housing project that’s moments away from being raided. Now a hotbed of undead infection, the building’s mostly Black and Latinx residents, understandably distrustful of authorities, have refused to give up their dead.

What follows establishes just how graphic the violence in the film will be, first with an exchange of gunfire then with a showstopping moment from makeup-and-effects wizard Tom Savini: a zombie’s head exploding after ending up on the receiving end of a shotgun blast. It’s horrific but, like the gunplay that precedes it, just a glimpse of the resulting gore. Then the camera lingers, however, and when a woman rushes to embrace her undead husband and he takes bites from her flesh, her blood flows in abundance. Only … the bright fluid that gushes from her doesn’t look much like blood.

Why Does Blood Look So Strange in Old Horror Movies?

Why don't we CGI real blood into the effects? It should be easy to scan that luscious red. 28-Oct-2020

Linda Blair explains why she starred in the notorious Exorcist II: The Heretic 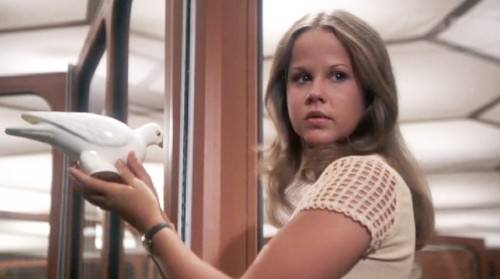 On Sept. 25, Scream Factory is releasing a collector’s edition Blu-ray of 1977’s notorious Exorcist II: The Heretic. While the film was directed by the great John Boorman (Deliverance, Excalibur), and is beloved by some genre fans, it is fair to say this horror sequel does not enjoy quite the same high reputation as William Friedkin’s original movie. In fact, Boorman’s movie is widely regarded as among the most bewildering big screen projects all-time. But returning franchise star Linda Blair, who played the possessed child Regan MacNeil in the original movie, went into the project with high hopes and still has fond memories of working with her legendary costar Richard Burton (Who’s Afraid of Virginia Woolf?), as she reveals in a just-released clip from an interview featured on the 2-disc set. 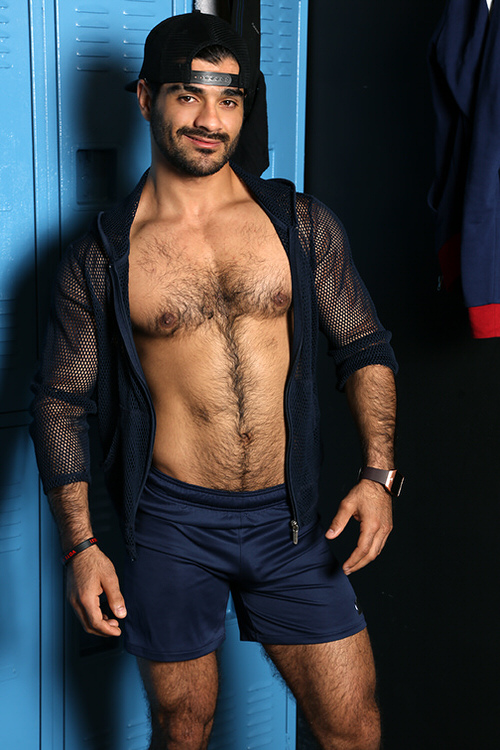 Adult film star Alkoraishie Ali, who performs under the name Ali Liam, is in police custody after disappearing for nearly a week after his boyfriend was stabbed to death in San Francisco.

48-year-old Keith Harris was murdered inside his apartment in Hayes Valley last Wednesday. He was discovered by his building manager, who went to check on him after Harris had not been seen for a couple of days.

You Asked: Is Watching Scary Movies Good for You?

The heart-pounding thrills of a scary movie may come with some health-related benefits, including a calorie burn and a happier mood. But how much you stand to gain from a scary movie seems to depend on how scary you find the film you’re watching—and how much you want to be scared in the first place.

In a 2012 study, funded by the former video subscription service Lovefilm, researchers from the University of Westminster in the UK asked 10 people to watch 10 different scary movies as they monitored heart rate, oxygen intake and output of carbon dioxide. The 1980’s film The Shining, starring Jack Nicholson, topped the list of the calorie-scorching horror films. The person who viewed it jumped and shrieked themselves rid of 184 calories: roughly the number of calories a 140-pound adult would burn after 40 minutes of walking, according to the American Council on Exercise's physical activity calorie counter. Jaws and The Exorcist took the second and third spots on the list, burning 161 and 158 calories, respectively. 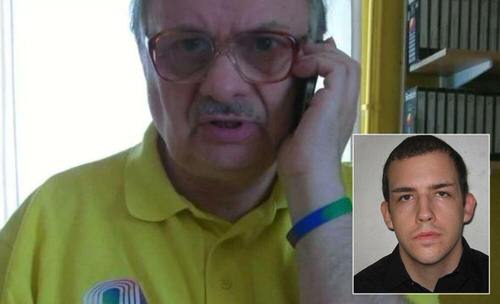 A sadistic killer who was caught on camera torturing a man after gaining entry to his west London home for gay sex has been jailed for at least 39 years. Jason Marshall, 29, listened to Classic FM as he bound and gagged Peter Fasoli before wrapping clingfilm around the 58-year-old victim's face.

He posed as an MI5 agent and a police officer after meeting Fasoli on a gay dating app. Marshall then set fire to the property in Northolt in an attempt to cover up the murder, the Old Bailey heard.

A Christian radio host has warned against leaving boys alone together in a “same-sex” environment like sleepovers or summer camp.

Linda Harvey, a Christian radio host and founder of anti-LGBT Christian group Mission America, made the claim on radio show From the Median.

The radio host took to the airwaves to warn about the dangers of putting children in a “same-sex environment”, cautioning parents about letting their kids attend sleepovers.

On her website, Harvey warns: “If you promote sexual behavior to impressionable kids, more teens – especially those with fewer moral bearings—will say, ‘Why not?’

“In same sex circles, homosexual hook-ups can become a daring adventure at camp-outs and sleepovers.