A Green Lantern adaptation is on it’s way to a TV screen near you and will feature a gay hero.

One of the series central characters will be Alan Scott, the first green lantern who came out in the updated Earth-2 DC timeline.

News of a Green Lantern TV show first came to light in 2019 during an HBO Max WarnerMedia Day.

During the press day, Greg Berlanti stated that the show would be “unlike anything seen on television.”

The film, which premieres 22 November on Hallmark, will follow Brandon (Bennett) and his husband Jake (Brad Harder) as they visit Brandon’s parents for the holidays, during which they are “anxiously awaiting a call about the adoption of their first child.”

Michelle Vicary, EVP, Programming, said in a statement: “Our holiday table is bigger and more welcoming than ever. This year’s movies reflect our most diverse representation of talent, narratives, and families, including The Christmas House featuring a storyline about a gay couple looking to adopt their first child, and starring Jonathan Bennett in an ensemble cast.

According to a decision made by business leaders this week, Boystown is no more.

Since the 1990s, Chicago's largest LGBTQ+ neighborhood has taken on the name Boystown. It's been used in marketing materials, is posted on banners, and is a term known nationally. But Wednesday, in a decision sparked by a petition that began circulating June, the name will be abandoned in marketing for the area.

According to the petition, which was circulating via a Change.org link and has attracted 1,505 signatures at the time of publication, Boystown "is the only gendered nickname" of a queer neighborhood.

"Systemic transphobia, racism, and sexism have plagued our neighborhood for decades, and it begins at the top, with the all-male board of the Northalsted Business Alliance," the petition reads. "It begins with the BOYSTOWN signs down our street announcing that this neighborhood is 'for the boys,' though the signs hang above our diverse Legacy Walk of several LGBTQ icons in our history."

The House on Monday passed a bill that would ban discrimination that stems from race-based hairstyles.

The legislation, called the CROWN Act, would apply in part to situations in employment, housing and federally funded programs.

“For far too long, Black women have been penalized for simply existing as themselves—that ends today,” Omar wrote.

For Some Black People, The Term 'Latinx' Is Another Form of Erasure

A conversation-shifting hashtag #LatinidadIsCancelled, started by Afro-Indigenous (Zapotec) writer Alan Pelaez Lopez, outlines just how mestizx, white-centering, anti-Black, anti-Indigenous, and anti-queer the culture remains. (This was the first of a few examinations of anti-Blackness and Latinidad as they arose in popular culture, and the one which summed it up most cohesively.) This has prompted scholars, activists, and everyday Afro-Latinx individuals to reconsider their use of the word Latinx, as well as the "Afro-" or "Black" label placed before it, and whether ethnicity itself is enough to identify with Latinidad (a term used to describe the “shared culture” of Latinxs).

“For those who embrace Latinidad, it's a double-edged sword,” said Zaire Dinzey-Flores, a member of Black Latinas Know Collective and an associate professor of Latino and Caribbean Studies and Sociology at Rutgers University. “For those who don't fit the image that has been boosted by this term [Latinx] and this concept [of Latinidad], it almost works as a violent term… toward those of us—and I’ll say us because I’ll include myself in that—who cannot exist outside of the violence of even the production of Latin America.”

For Some Black People, The Term 'Latinx' Is Another Form of Erasure

What happened to Blatin, Blatino and Blatina for the majority and Blatinx for those whose sex identifies them? All children should be called blats or blatties until they are defined. 14-Sep-2020

Maybe they should change their slogan to “Fly the Friendly — and very white — Skies.”

Meanwhile, flight attendants who are too old and too dark are barred from the plum routes, according to Bloomberg News, which reported the suit on Saturday.

The letter rails against “bullying tactics” and praises Idaho for “preserving fair competition for women and girls”.

It goes on to call for “women’s sports [to] be protected for biological females”, suggesting trans women and girls could compete within a separate category.

Its more than 300 signatories were mostly redacted, however Navratilova’s name was reportedly first on the list, according to a copy of the letter obtained by OutSports.

One Million Moms has launched a boycott against “all things Hallmark” after the network dared to acknowledge the existence of LGBT+ people in its holiday movies.

On July 15 the Hallmark Channel announced 18 new movies for the festive season, and while none of them had LGBT+ main characters, the channel promised that more queer storylines, characters and actors would be on the way.

One Million Moms responded by declaring an oh-so-predictable boycott of literally everything produced by Hallmark, including the TV channel, wrapping paper, greetings cards and Christmas ornaments.

Valentina Sampaio made headlines on Friday when Sports Illustrated announced that she would be featured in this year’s Swimsuit Issue, making her the first trans model to appear in the publication’s iconic annual installment—at least the first one that we know of! In case you’re not aware, trans women have been building successful modeling careers without publicly disclosing their transness since before Sports Illustrated published its first Swimsuit Issue in 1964, though many of those models—like April Ashley, Tracey Norman (a.k.a., Tracey Africa), and Caroline Cossey—had their careers totally derailed after they were outed by the press.

Seattle Schools to Include LGBTQ+ In Curriculum

The Seattle Public School District has taken a big step to creating an inclusive and affirming environment for all students. The district recently passed a resolution calling for LGBTQ+ affirming curriculum and gender neutral restroom facilities.

"We are the first in Washington to mandate this for our curriculum," Zachary DeWolf, Seattle School Board President, tells Out. "Young people, LGBTQIA+ or not, deserve to see how broad and dynamic American history—which is inclusive of LGBTQIA+ history—truly is. Requiring LGBTQIA+ inclusive curriculum in Seattle Public Schools will positively impact our region today and seven generations into the future." 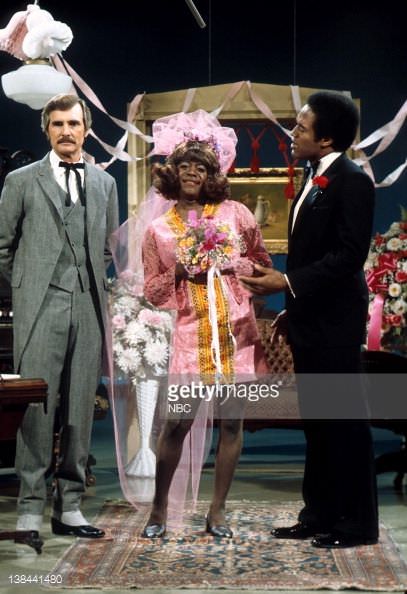