A fast food employee in Florida was called anti-gay slurs as he was allegedly beaten by a mob of customers, left bruised and injured.

Later that same day, after he filed a police report, the victim was fired.

A man slashed a toddler in a seemingly random and unprovoked attack in Manhattan Wednesday morning, leaving the 2-year-old boy with stitches and police hunting for the suspect.

Authorities say the man approached the boy and his nanny at 110th Street and Morningside Drive around 9:35 a.m.

He then struck the child with an unknown sharp object, cutting him above his right eye, before fleeing the scene. 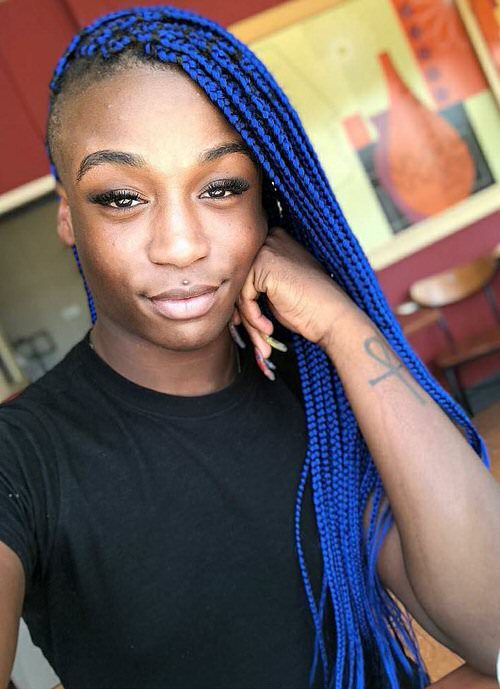 A passerby called police and emergency personnel after noticing Mack lying unresponsive in the parking lot of an apartment complex about 6:15 a.m., TV station KXAS reports. Dallas Fire-Rescue workers pronounced her dead at the scene. Neighbors had heard gunshots in the area about 5 a.m.

Dozens of Mack’s friends posted messages of sorrow and remembrance on her Facebook page. “My heart is very heavy, Merci you will be truly missed, I am going miss arguing with you, laughing, singing dancing and mostly watching them fine Men!” one wrote.

Over the last five years, more trans people have died by violence in Texas than in any other state, according to The Dallas Morning News, and almost half of those homicides have been in Dallas. Nationwide, Mack’s death is at least the 19th homicide of a trans person this year, with most of the victims being Black or Latinx.

Girl Found Dead on Md. Trail Day Before Her 18th Birthday, and Police Think She Was Murdered

Maryland police are investigating the death of a 17-year-old girl whose body was found in a wooded area off a walking trail in Frederick County – and they believe she may have been murdered.

On Saturday at about 5 p.m., a woman was walking along a path in the woods behind Briargrove Court in Ballenger Creek when she came upon the body of a teenage girl just off of the trail, local station WJZ reports.

“When I saw her, I screamed and she didn’t even flinch,” Isabelle Weissend told WJZ. “She wasn’t moving or anything.”

The victim's family identified her as Ty’kerria Dawson of Hagerstown, the outlet reports.

Family and Friends Will Gather to Remember Robert Fuller at Funeral

The crime is a felony and carries a maximum prison sentence of 10 years.

What we know about a shooting at a protest in Louisville

3-Year-Old Chicago Boy Is Fatally Shot While Riding in Car with Stepfather, as Police Seek Suspects

A $4,500 reward is being offered for information that leads to the arrest of a suspect in the fatal shooting of a 3-year-old boy during a violent weekend in Chicago.

According to police, Mekhi James, 3, was shot Saturday night while in the back of his stepfather's car.

The stepfather was driving them home after both had gotten haircuts.

The shooting unfolded shortly after 6:30 p.m. along Chicago's Huron Street.

Investigators said a blue Honda SUV pulled up alongside the stepfather's vehicle and opened fire.

SEE IT: Man left with knife sticking out of head by Harlem mugger

Pa. Woman Who Vanished Last Month Is Found Dead in Trash Bag, and Man Is Arrested

Ga. Boy, 13, Was Walking with Dad on Sidewalk When Driver Allegedly Killed Him in Hit-and-Run

Protestors brutally beat a gay Democratic lawmaker in Wisconsin. He says he’s still “on their side.”

The abuse is alleged to have occurred while the men were teachers at a high school in Rigaud and at two institutions in Matane and Pohénégamook.

In 2016, the religious order agreed to a $30-million payment to students who attended the Montreal Institute for the Deaf.

In 2012, a number of former students said they were sexually assaulted by priests who worked there.

At least 60 deaf students were assaulted by members of the religious community and lay people working at the school between 1940 and 1982. The school changed its name to the Institut Raymond-Dewar in 1984.

About 270 alleged victims have joined a class action lawsuit against the order.

Foul Play Suspected in Case of Solider Who Complained of Sexual Harassment Before Vanishing: Army

As sexual abuse allegations flood in, the world of video games faces a reckoning

A very important investigation into whether Zac Efron is actually "living" in Byron Bay.

Rumours have been swirling this week the Hollywood actor, 32, has been riding out the coronavirus pandemic in the coastal town.

There have been several reported 'sightings' of Efron around Byron Bay, but so far there has been no... proof.

Efron was last spotted by paparazzi in Los Angeles on January 25, and in February he was in California to film The Great Global Cleanup for Discovery Channel, but his location since then is unknown.

One dead, one in critical condition in early morning shooting at Capitol Hill protest zone known as CHOP

Seattle police homicide and assault detectives are investigating an early morning shooting in the Capitol Hill protest zone known as CHOP that left one person dead and another in critical condition.

Self-described “former liberal” Brandon Straka reacted in sheer disbelief when American Airlines staff politely asked him to wear a mask on a flight from New York to Dallas. 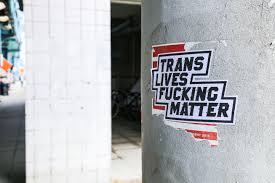 Jayne Thompson, 33, was gunned down by a Colorado State Patrol trooper in May, making her the 15th known violent death of a transgender or gender non-conforming person this year in the United States, according to the Human Rights Campaign.

News of her death wasn't known to queer media until recently due to several local outlets misgendering, deadnaming, and outright underplaying the manner in which she died.

According to the Denver Post, one of many outlets to have misgendered her, Thompson was shot by trooper Jason Wade after he responded to a report of a person exhibiting “odd behavior.”

'Who will protect you from rape without police?' Here's my answer to that question

As uprisings have spread through American cities in response to the killing of George Floyd in Minneapolis, a once fringe leftwing position has become rapidly mainstream: abolishing the police. Police abolition means different things to different people, but to most activists “abolition” means a radical shrinking, defunding and disarming of police forces.

The call to “abolish the police”, then, amounts not to a wholesale abandonment of the state’s enforcement of criminal law, but rather to a reimagining of the nature and responsibilities of that enforcement. Many abolition advocates imagine a future in which the police no longer constitute an armed group that surveils peaceful minority neighborhoods or uses force in non-violent drug and traffic cases. The police, if they exist at all in an abolitionist future, would be smaller, disarmed and just one of many community interventions to foster public safety.

But as calls for police abolition have entered the mainstream, some feminists – as well as commentators invested in the status quo – have raised a question: without police, who will defend women from male violence? Who will investigate and arrest rapists? This is often a well-intended and good-faith concern, especially from feminists who believe that the prevalence of sexual violence and the failure of the justice system to prosecute and punish rapists is a result of societal indifference to women’s suffering. To them, this failure calls for more, not less, state intervention.

With all due respect, wouldn't the current enforcement instigate themselves in the new robotic training with delicate fingers because they are better qualified, there's that equality thing and because the shit needs to keep stirring? Will they only patrol people of status? The homelessness barely represent. Police or ignore? That gleam in your ugly boss' eye when he catches you staring... is that a crime? Call him ugly, it's ok. Bring slaps back.

Teach what we've got or recruit an unproven advantage that includes the same problem? The job isn't racist, the power to be excused from it is. Are we setting ourselves up for comic book double-cross? 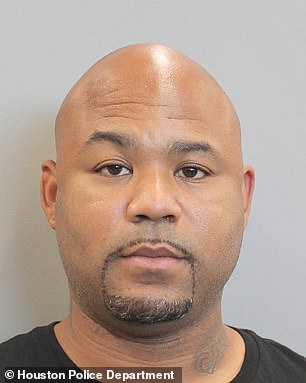 Former Los Angeles Dodgers star Carl Crawford has been arrested after his former girlfriend accused him of assaulting her during an argument over a man she had begun dating.

An arrest affidavit filed Wednesday by Houston police states that the ballplayer-turned-record producer went to the home of Gabriele Washington on May 8, produced a handgun from which he unloaded the ammunition in her presence, then demanded information on her latest dating relationship.

Washington told investigators Crawford pushed her to the floor, slammed her head against a wall and choked her after she told him that she had not had sex with the man she was dating.