On Sept. 29, a 19 year-old woman died of injuries after she was allegedly gang raped by a group of men in a field in Hathras district, in the north Indian state of Uttar Pradesh. She was a Dalit, member of a community at the bottom of India’s rigid caste hierarchy, while the four alleged perpetrators, who have been arrested and charged with murder and rape, are members of a dominant upper caste.

The woman had spent two weeks fighting for her life in a Delhi hospital after the alleged gang rape on Sept.14, which left her with severe damage to her spinal cord. (The woman has not been named in the Indian press due to a law that prohibits identifying the victims of sexual violence.)

A new survey from The Hollywood Commission released Tuesday that found 65% of respondents said they didn’t believe someone in power (for example, a producer or director) would be held accountable for harassing someone with less authority. Women (28%) were less likely than men (45%) to believe harassers would be held accountable, and white (36%) and Black respondents (34%) had a more favorable view of accountability than Hispanic or Latin workers (29%).

19 People You May Not Realize Are Registered Sex Offenders

A19-year-old woman in India has died two weeks after being gang raped by four men in a brutal attack that had left her paralyzed.

The teenager, who has not been named, died at New Delhi's Safdarjung Hospital on Tuesday following the assault by the group in Uttar Pradesh's Hathras district.

Police said the woman had been left with spinal injuries after she tried to fight off her attackers.

Her death comes just weeks after Newsweek reported how a teenage girl suffering from COVID-19 in India was raped on the way to hospital by a bogus ambulance driver.

The teenager, who has not been named, was allegedly attacked by the man in the Pathanamthitta district of Kerala.

A religion in which women and children are constantly being made to suffer, sucks! 29-Sep-2020

Taylor Swift Surpasses Whitney Houston for Most Weeks at No. 1 Among Women in Billboard 200’s History

Taylor Swift’s Folklore album returns to No. 1 on the Billboard 200 chart, collecting a seventh nonconsecutive week atop the tally. In doing so, Swift surpasses Whitney Houston’s longstanding record, among women, for the most cumulative weeks at No. 1, across all of her chart-topping albums. Swift’s total weeks at No. 1 now stands at 47, one more than Houston’s tally of 46. Folklore earned 87,000 equivalent album units in the U.S. in the week ending Sept. 24 (up 97 percent), according to Nielsen Music/MRC Data.

Taylor Swift Surpasses Whitney Houston for Most Weeks at No. 1 Among Women in Billboard 200’s History

Kristie Higgs, 44, had been employed at Farmor’s School in Fairford, Gloucestershire, for seven years, but was sacked for gross misconduct in 2018 over Facebook rants about LGBT+ inclusive education.

In one post, sharing a petition from anti-LGBT+ lobbying group CitizenGo, Higgs accused schools of “BRAINWASHING OUR CHILDREN” [sic] through inclusive relationships education, claiming: “[This] means, for example, that children will be taught that all relationships are equally valid and ‘normal’, so that same-sex marriage is exactly the same as traditional marriage, and that gender is a matter of choice, not biology, so that it’s up to them what sex they are.”

Higgs described inclusive education as a “vicious form of totalitarianism”, adding: “Please sign this petition, they have already started to brainwash our innocent wonderfully created children and it’s happening in our local primary school now.”

But this week, Higgs announced that she would be taking legal action against Farmor’s School, claiming that she was subjected to discrimination and harassment on the grounds of her religious beliefs.

Enough with the 'poor Jen' narrative. It's time to stop shipping a reunion with Brad Pitt.

When Brad Pitt and Jennifer Aniston married in a lavish Malibu ceremony in 2000, it was the stuff of tabloid dreams.

But after their breakup five years later, everything changed.

Pitt had fallen for Angelina Jolie, a woman in complete opposition to the 'girl next door' archetype prescribed to Aniston. She was the tattooed, twice-divorced star of cult hits and action films, an Oscar winner with a mysterious, almost untouchable air. Aniston was the wholesome, innocent woman scorned.

That was 15 years ago, yet still the 'poor Jen' narrative persists.

It was there in lamentations about the end of her subsequent marriage to Justin Theroux. It was there in speculation about why she didn't have children. It was even there in assumptions that she celebrated Brangelina's 2016 breakup.

And it's there in the hope that she and Pitt will reunite.

Enough with the 'poor Jen' narrative. It's time to stop shipping a reunion with Brad Pitt.

Three brothers in their 30s are accused of breaking into a bedroom where a scared 10-year-old tried to escape them before they held her down and raped her.

Raul and Wilmer Paz-Perez, both 35, and Elder Paz-Perez, 31, allegedly attacked the child on Sept. 9, according to a press release from the Kenner Police Department. The siblings live with the child in a Kenner home, and are friends of the girl's family, the Associated Press reports.

"All three men were home alone with the victim when they made sexual advances toward the child in which they offered money for sex," the press release stated. “The child locked herself in the bedroom.”

While she tried to keep the men out, they allegedly kept on trying to attack her.

A Texas father — one of the FBI’s Ten Most Wanted Fugitives — wanted for the slayings of his two teen daughters was busted after more than 12 years on the run, the federal law enforcement agency announced.

The teens were found shot multiple times in a cab outside an Irving motel after one of them called 911, saying she was dying, authorities said.

Relatives at the time told cops that Yaser threatened “bodily harm” against Sarah for going on a date with a non-Muslim.

Sickening moment mugger drags and then slams woman, 85, walking with a cane on the ground during brutal robbery on Chicago's Magnificent Mile

'Sick monster' is arrested for the murder of his girlfriend's nephews, brothers ages 12 and 14, who were found dead in their Florida home by their mother when she woke up

Joe Biden condemned the 'needless violence' in Kenosha, Wisconsin in the wake of police shooting Jacob Blake and said Wednesday he had spoken with members of Blake's family.

'Protesting brutality is a right and absolutely necessary, but burning down communities is not protest, it's needless violence,' Biden said. 'Violence that endangers lives, violence that guts businesses and shutters businesses that serve the community, that's wrong.'

The Democratic presidential nominee said he had spoken with Blake's mother, father and sister, and quoted his mother Julia Jackson in the short video Biden posted to Twitter.

Sickening footage shows man in his 70s being knocked out cold by looter as he tries to protect his store during Kenosha riots - as pizza worker whose restaurant was trashed asks rioters: 'Are you trying to get Trump re-elected?'

The actress and activist, 46, who has stood behind Biden assault accuser Tara Reade and blasted Hollywood stars for their support of the Democratic presidential nominee, made her distaste for Biden loud and clear as she ripped his speech in which he described America as a "cloak of darkness" under Trump.

"Give people light. Those are words for our time. The current president has cloaked America in darkness for much too long. Too much anger. Too much fear. Too much division," Biden said on Thursday night.

"You are the season of darkness. @JoeBiden @dnc You are monsters. You are frauds. You are the lie," McGowan reacted on the social media platform.

"What have the Democrats done to solve ANYTHING? Help the poor? No. Help black & brown people? No. Stop police brutality? No. Help single mothers? No. Help children? No. You have achieved nothing. NOTHING. Why did people vote Trump? Because of you motherfuckers," she wrote.

'I would shut it down': Joe Biden says he would start second lockdown to fight coronavirus pandemic if scientists recommend as he slams Trump for not working to 'fix the virus'

'Kamala is a hypocrite - she saw an opportunity to seize a position of power and took it.' Biden accuser Tara Reade claims Harris 'turned a blind eye to sex assault victims' after saying she 'believed' women who came forward against former VP

Rapper Ice Cube Calls Out Democrats After Convention: 'What's in It for the Black Community?'

Disturbing new details have emerged about a suspected serial rapist who was shot by cops and arrested in Alabama last month after allegedly assaulting two women in their homes two days apart, with one of the victims being asleep just steps away from her husband and daughter.

Three months prior, Burgin-Goodson had been released from prison after serving seven years for committing a series of sexual assaults, home invasions and armed robberies.

A USA TODAY investigation found that the women’s allegations were shared at the time with multiple people at the school – including at least two coaches, an athletics administrator and a nurse – yet the school does not appear to have investigated.

As the holder of LSU’s single-game rushing record and No. 5 on the Tigers’ career rushing list, Guice was expected to be a first-round pick in the 2018 draft. But he fell to the end of the second round amid concerns about his maturity and accountability. Injuries have plagued his short professional career, and Washington cut him Aug. 7 after his arrest the same day in Virginia on multiple domestic violence charges.

A frisky high school freshman in San Antonio turned a virtual art class into an unwanted peep show, pulling up his shirt and making sexual advances toward a teacher.

A Zoom class held by a female teacher Tuesday for more than a dozen students at Thomas Edison High School descended into chaos when at least one unidentified freshman exposed his chest during the session while saying he’d like to perform sex acts on her, KSAT reports.

Texas mom-of-two, 23, who was beaten to death and had her teeth pulled out in violent Mexico robbery 'was lured across the border by sex offender who knows her family and claimed her boyfriend had been kidnapped and held for ransom'

The American mom-of-two who was found beaten to death with all of her teeth pulled out and part of her scalp removed in Mexico had been lured across the border by her killer, who told her that her boyfriend had been kidnapped, investigators say.

Braulio Trevino Martínez, 39, was arrested at his home in the subdivision of Molinos del Rey on Tuesday for the murder of 23-year-old Lizbeth Flores, a law enforcement official confirmed to DailyMail.com.

The official said the motive for the brutally violent crime was a robbery. 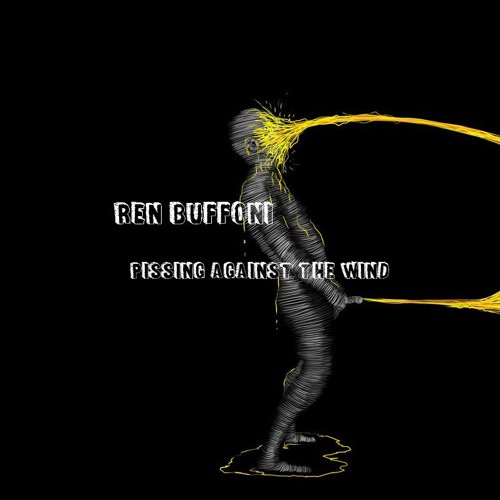 Trey Songz has responded to sexual assault and misconduct allegations against him, including those that were recently laid out in a No Jumper interview with Celina Powell and her friend Aliza.

In a series of tweets shared early Wednesday, the singer said that he would typically not make public statements of this nature but felt compelled to do so.

"You will choose [to] believe what you want," he said. "I've been focusing my energy and time on good things and I know the Devil wants my soul more now than ever."

Y’all remember Jane Doe claimed I sexually assaulted her in Miami? She wants me to pay for her therapy and the rest of her school cause of “all the trauma she’s been through.”