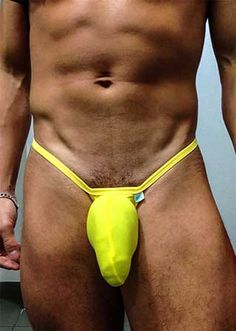 It was family time at the 7 lakes, I was probably 7 and he appeared under the guise of a free-loving bisexual. Gay enough not to offend my father's masculinity and curious enough that my mother could use him as a plaything. A green-lime banana hammock and muscles sliding off his 50's bod were his cloak as well as a winning personality was his hide. My parents took joy in his flamboyance and invited him into the family drink and party fold. The drinking became heavy, the voices louder and my mother's infatuation embarrassing. Once green-lime banana hammock started grinding on my mother atop a picnic table, I tore myself away and went for a walk in the woods.

In the woods, I ran into 3 of my younger cousins and we moved forward happily exploring freedom from adults. It didn't take long for green-lime banana hammock to breathlessly catch up and another second to chime excitedly how he had something he wanted to show me. His offer was exclusive and did not include the other children. I told them to hold hands and wait diligently while I tended to the commands of an adult.

He kept leading me farther and always 5 steps ahead, having me guess where to go next. He stopped at total desolation and stood branches apart. He told me to come closer which I slowly and dreadfully did. In his hands he massaged what I constituted was the serpent from the Garden of Evil as he begged me to come and touch. My first look at a man's penis and it was a dick monster. I had no idea what he wanted me to do with it so I started walking backwards until running was my only clarity. I made it to the cousins, warning them, as we ran back to the mild serenity of adult family. I was proud of how I handled it and even prouder that we made it unharmed.

Green-lime banana hammock wasn't deterred by my avoidance and turned it into a challenge. He entered the fold and seduced my mother again while the creeps shook my body and the hate strangled the scratch he had bred in my head.

"Time to go," were the best words I heard from any adult that day. Packing was a quick chore and helping an accomplishment. "Goodbye, Mr. Green-Lime Banana Hammock." My parents exchanged numbers and pleasantries with the dick monster amid too many hugs and kisses. He invaded my space to shake my hand but I couldn't react because I was still strangled. My mother broke it with a command to be courteous to this nice man. He won. He got me to touch him. Can we go home now?

We had made it to the car, away from green-lime and I was anxious to get home. My uncle, my sister and myself occupied the back seat while my father drove, my mother by his side. My father had started the motor as green-lime approached my father's window to ask for a ride because his entourage had abandoned him. Fuck. My mother exclaimed that as much as they would love to, there was no room. Yay! Green-lime, quick on his feet with a purpose, suggested that he could take my place and I could sit on his lap, that is if I didn't mind. Holy fuck. In my family, kids have no choices. Mother commanded it and so it was. I realized why in film when we change from human character to a cartoon we are no bigger than an ant. That's how I felt. It was a long ride but at least he was now dressed in shorts and a tank.

The dick monster I had avoided all day had my tiny ass in its clutches and it wasn't going to let go until it was satiated. He held me tight and I was constantly stabbed and ground. Every time there was a bump I took advantage and lifted my ass and kept it in the air but he just squashed me down harder. My mother complained to stop being fidgety and I collapsed into him because my leg muscles couldn't withstand me and the dick monster was too strong. I didn't know what he was doing was sexual. I thought it was some sort of violent revenge for not touching the snake. I know now that he was getting his jollies, probably shot a few and I felt totally incapacitated. I couldn't tell my family that their new best friend was hurting me because they would have expended more punishment and humiliation due to lack of proof but I would have been grateful if just one family member had noticed. 17-Jan-2018