Kiss of the Rabbit

Love Too Much - Keane

I Put A Spell On You - Annie Lennox

Sam Bluer on coming out, homophobia in Australia and his love for Charli XCX 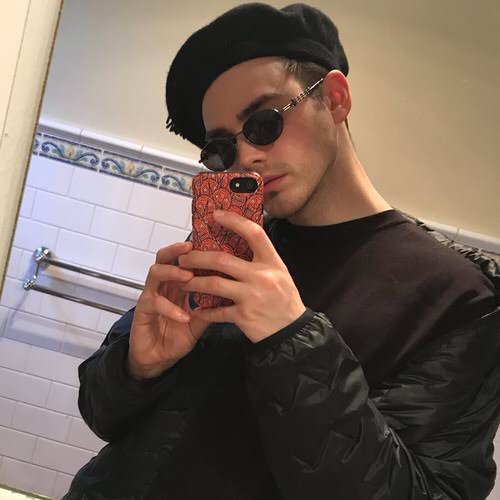 “Our government gave homophobes a platform to hate, and it was a really terrible time for a lot of queer people throughout Australia.”
It’s so totally cliché to say, but we’re gonna say it: Sam Bluer is a name you’ll be hearing a lot more of in the future.

The Aussie performer made his music industry debut this year with two fantastic dark-pop tracks, Shift and Body High, the latter of which literally catapulted our wigs down the motherfucking street. The lyrics! The production! The video! We live!

To celebrate the release of his brand new clip, we got him on the phone and spoke about, well, everything: Boy George, privilege, homophobia in Australia, his obsession with Charli XCX, and coming out. Enjoy!

Nine years ago, Greyson Chance became a viral sensation after his sixth-grade performance of Lady Gaga’s 2009 pop anthem, Paparazzi, was uploaded to YouTube.
After receiving widespread attention, heaps of acclaim (and a phone call from Gaga), the singer-songwriter – who was just 12-years-old at the time – was invited to appear on The Ellen Degeneres Show, and subsequently became a household name in the United States. In the same year, Greyson released his first single Waiting Outside the Lines – produced by Christina Aguilera’s mentor, Ron Fair – which was shortly followed by his pop-rock influenced debut studio album, Hold On ’til the Night. Imagine doing all of that before you hit your teens?

“I had to go through the ringers of the music industry at a very young age,” says Greyson. “I am just so blessed for my parents. I have an amazing mom and dad and they supported me through it the entire time, but there were a lot of pros and cons to it.” In subsequent years, Greyson released multiple EPs and a number of standalone singles – including Meridians, Back on the Wall and Lighthouse – but later decided that he wasn’t cut out for the industry. “I didn’t really see a path or trajectory for myself moving forward in music. Throughout adolescence, I knew I was good at music, but I don’t think I understood the weight of this being my path, my purpose. I became so beat down in the industry and so many people closed the door on me and said, ‘Listen, you’ve had your moment, that’s it.'”