There is a threshold of high mentality professionals cannot consume or understand so they isolate, daze and shun the unwell from reality thinking it will make them better but they're just keeping them away from us. The insane asylum is the "soccer mom" equation is incorporated as rehabilitive juice. If you keep the child's mind busy life wont hurt it. Nurse Ratched is neither monster or killer. She represents the woman in charge who will do what it takes to chase the crazy out of these fuckers and get herself a promotion. She does her job better than any man or human. Her hate for men keeps her in check as long as she can control them. Louise Fletcher is etched in subtlety. She's discernible, rational and a doctor's prescription. Her murderous thoughts are a delirious read. She spends a short time in the film but her character wafts through every room, corridor and human being begging for a minute's joy. Jack daddy legend is in it to disrupt it and kill her perfect record. He is a man with ownership rights and a threat to her profession. He has no mental issues that would require him to be there except that he hates work and wants to coast in a nut house. He is chaos and destruction but not insane. He hates life but he can survive it. He will inhale only the convivial parts of life. Booze, parties, women and trouble. He pretends, he awakens, parades his heart with glee and makes a team of followers. Jack is there to free them of their haze and enlighten them with the cool parts of reality. But sadness breaks out and explosions erupt endangering their situation. Jack smiles, hates the world, speaks our language, slays our speech, breaks our hearts and is one of the funniest sarcastic mother fuckers of all time. Excellent across the board. 21-Sep-2020 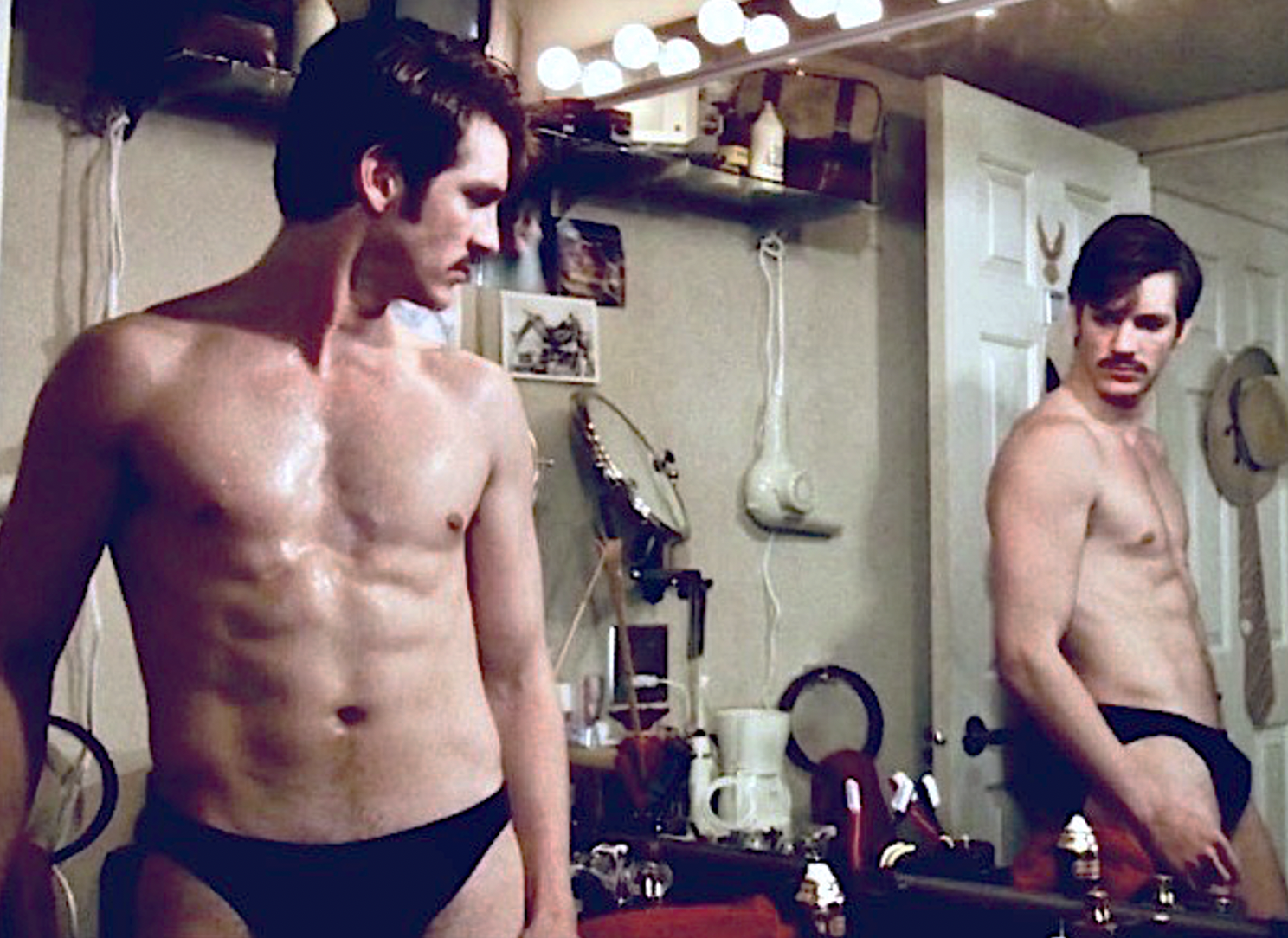 The tragedy of beauty versus beast. The purpose of beauty is to inspire us. If it touches you, you are beautiful in return. It's that perfect thing that exists like a God smack to the earth. The men want to devour it, the women prefer to absorb it and forget it but the younglings want to marry it at first sight. The sculptor who attempts to shape it, before full bloom, will burn his hands on the coffin he molds around it to keep it safe. A woman will always wake up. Beauty belongs to the world not encapsulated by a man who thinks he's just as beautiful because he licensed it. Fosse snips from Citizen Kane and gives it the hutzpah the classic lacked. Fosse's mastery is beauty, movement, thrill and dash. Eric Roberts gets inside our heads and makes us understand that hot greasy ass motherfucking psycho crooked legged cowboys with great hair have feelings. Fosse resoundingly echos him. Mariel Hemingway is neither thunder or lightning. She is a cloud of beauty that doesn't need announcement. Mariel's innocence allows the tragedy to happen and unfold. It has an ending Tarantino wouldn't touch and the original footage is brutal, salacious and true. Absolutely psycho. 12-Sep-2020 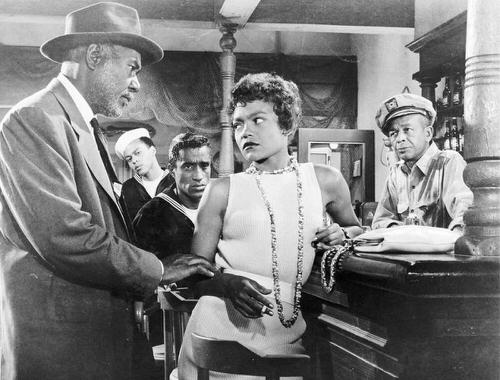 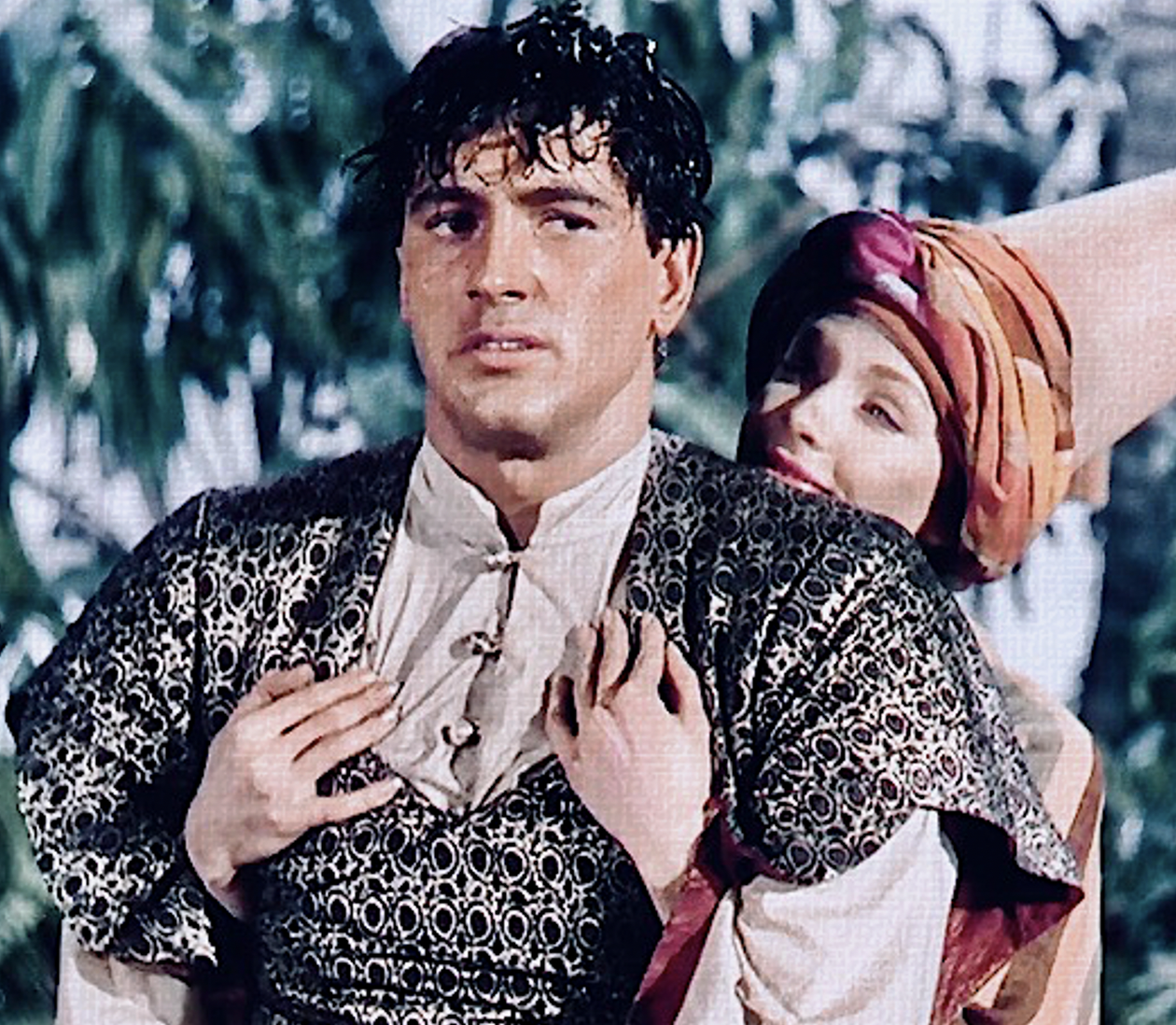 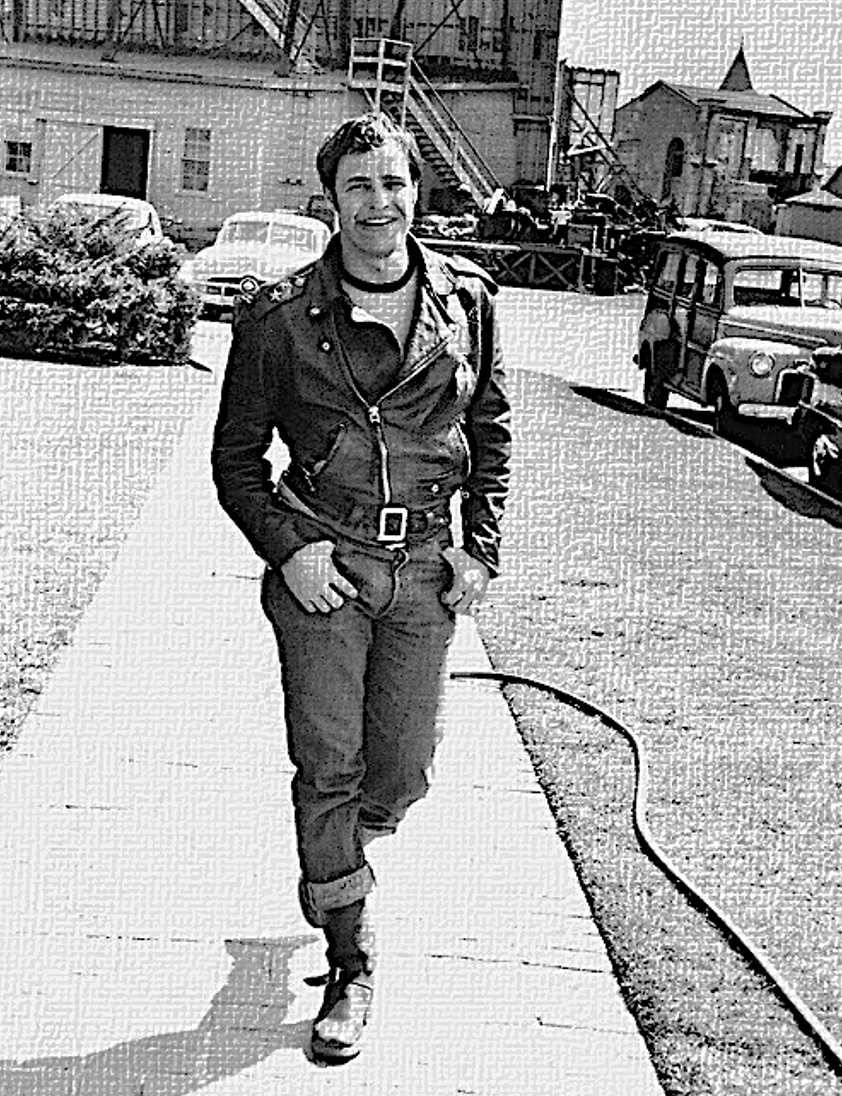 Life protestors with a penchant for bling, bikes and young things invade suburbia with destruction. The cops are too tired and don't want to get involved, the neighborhood uprises in arms and their little girls arch (they too have things to protest.) Parents are losers, youth is life, old is death.

There are illusions of gang rape and rape.

The women are confidant they can slow one down.

Marlon Brando explodes into both sides of his jeans like the rebel who doth protest too much. He was the untamable man that wanted to be tamed. The epitome of fluidity and all fan desires thereof, he institutionalized the gay man mystique and cis man "rapey" acquiescence. He's an everyman. That Brando granted my celibacy a woody, especially in black and white, speaks of "legendary animal."

The privileged only hate when others are troublesome. Good for them. 16-Jul-2020 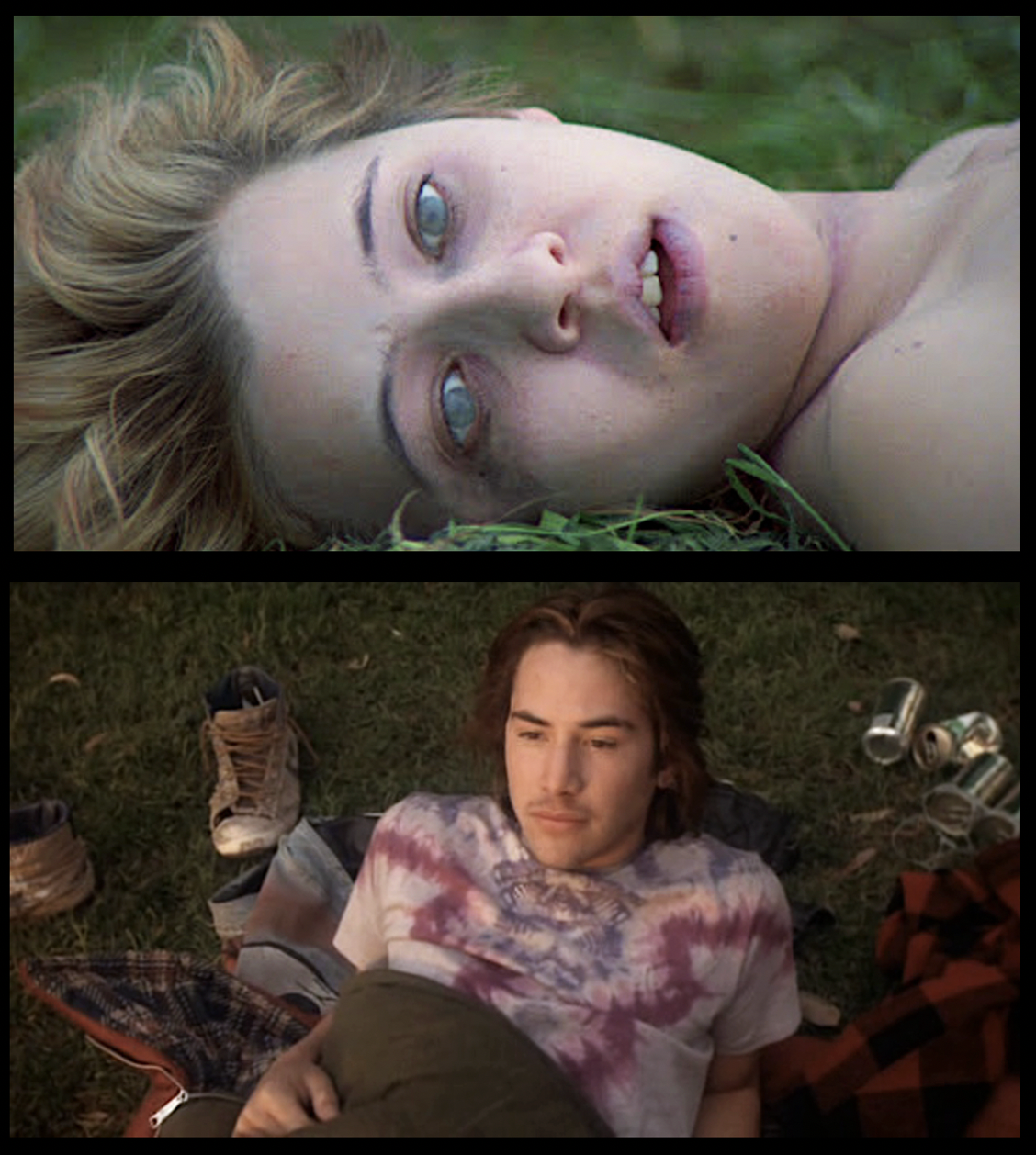 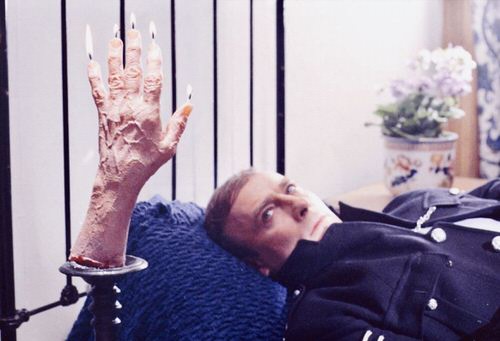 Christian copper investigates missing child on pagan island. Edward Woodward keeps it desperate and unleashing, the atmosphere is lawless and unethical and the music lilts as well as unsettle. The horror isn't physically evident but mentally, it sticks like gum to a shoe. 19-May-2020 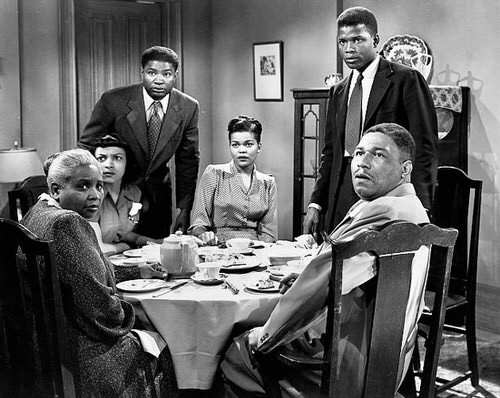 Black doctor cares for two supremacist thugs. Race riot ensues when one dies. The movie is forthright and balanced with chills of emotions. Poitier is standard upright in a younger package. Widmark splatters the screen with hate like he meant it. Linda Darnel was the damsel in distress with heroic genes. Amanda Randolph deserves loads of cuddles for being. Mildred Joanne Smith was luminous at heart. It's an everlasting battle to fight for what our greater parents started. 20-Apr-2020 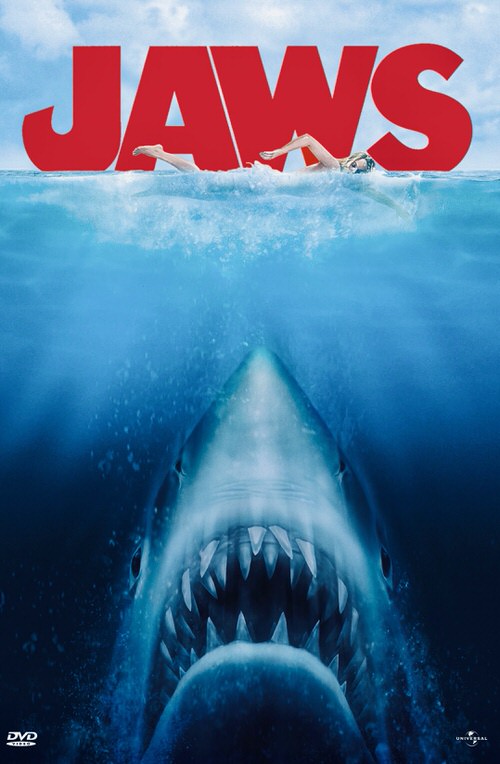 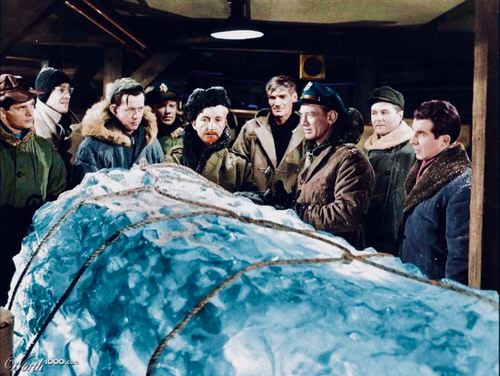 Causing terror with good old fashioned Hollywood techniques. The film reboots beautifully because it's brilliant. They delivered a completely terrifying story and trusted the audience to use their imagination. 03-Dec-2019 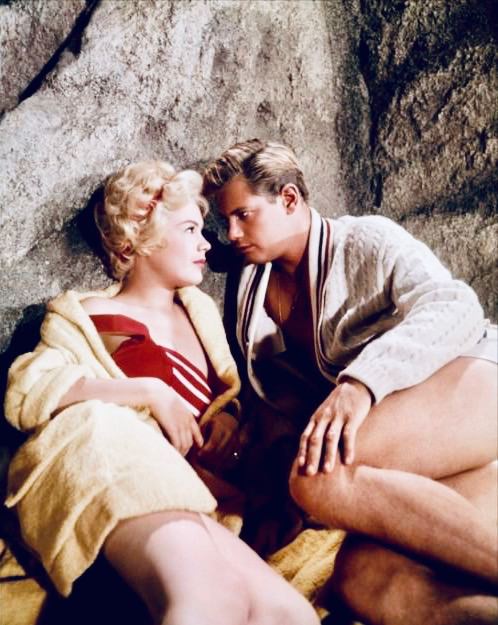 Avoiding becoming like our parents by following in their footsteps.

Mother misinformed (Constance Ford) desexualizes and humiliates her daughter because she's afraid of acquiescing to her grunt husband.

The fuckable grunt (Richard Egan) is frustrated but soft wanting to understand the new world while being forced to follow the old.

Graceful mom (Dorothy McGuire) is all want in her eyes of a time passed that has returned.

Drunk daddy (Arthur Kennedy) shovels the truth and blows it in their faces.

Troy Donahue is a dreamy Groot with a slight bigger vocabulary. Beauty is an expression onto itself.

Sandra Dee was the girl next door living in a cloud.

The film was panned but successful. It spoke frankly about sex, it epitomized its time and predestined ours, for each question raised there was a consequence, for every character, a reason. It was a time to question life... the old and the new.

It maintains its relevance because it sounds like truth. It ripped the adventure sport apart, it stamped itself fresh repeatedly and we were overtook with joy and appreciation for the artistry of clean work. From kool to kickass is the process. 11-Jun-2019