All Posts Tagged as 'Tech'

Engineering firm Furrion has built a massive, four-legged mech suit called Prosthesis, a 9,000 pound monstrosity straight out of “Pacific Rim” — and it wants you to pilot it.

The company recently put out a call on Kickstarter, asking enthusiasts if they’d like to help them build a “global racing league that would pit multiple world-class athletes in head-to-head competitions, through complex technical obstacle courses, wearing giant powered mech suits.”

Depending on the level of commitment, fans are able to receive “one-on-one mech pilot training,” or watch the action unfold in person at live events.

An Army engineer working on soft robotics says that his work is directly inspired by the T-1000, the shape-shifting (and fictional) robot villain from the 1991 James Cameron blockbuster “Terminator 2.”

Frank Gardea, an aerospace engineer at the Army Combat Capabilities Development Command’s (CCDC) Army Research Laboratory, is leading a project to develop robotics out of flexible, self-repairing and self-reconfiguring materials, according to Military.com.

Gardea envisions self-repairing drones and other uncrewed aircraft, but the ultimate goal is machines with the “reconfiguration characteristics of the T-1000 character in the Hollywood film, ‘Terminator 2,'” he said in a release.

A massive radio telescope made famous as the backdrop for a pivotal scene in James Bond film "GoldenEye" and other Hollywood hits was found suddenly out of commission after cables mysteriously snapped and smashed into the facility's main dish.

The Arecibo Observatory in Puerto Rico is home to one of the world's largest radio telescopes, acting as a giant ear to the universe. Located in the middle of a forest, the telescope listens for radio signals from other galaxies and has contributed to numerous breakthroughs in astronomy.

Aside from tracking asteroids that could endanger the planet, the telescope played a major role in the "SETI" program — the search for intelligent life. It was notably used by astronomer Carl Sagan to send an interstellar message.

Earlier this week, the facility was forced to close down after a cable supporting a metal platform above the telescope fell, tearing a 100-foot gash in its giant reflector dish.

It’s a Hollywood blockbuster premise rooted in our not-so-distant future.

For decades, robot thrillers such as “The Terminator,” “Blade Runner” and “Westworld” have warned viewers that our reliance on artificial intelligence is a real threat to civilization. Now, real-life researchers with the Human Rights Watch are sounding the alarm on potentially world-ending “killer robots,” according to a new report.

The message comes as part of their Campaign to Stop Killer Robots, which calls for a global ban on “fully autonomous weapons.”

China Wants to Lead the World on AI. What Does That Mean for America?

Years ago, the thought of using software to fight a deadly pathogen might have seemed far-fetched. Today, it’s a reality. The Coronavirus pandemic has caused monumental shifts in the use and deployment of artificial intelligence (AI) around the world.

Of those now using AI to fight Coronavirus, none are more prominent than China. From software that diagnoses the symptoms of Coronavirus to algorithms that identify and compile data on individuals with high temperatures vis-à-vis infrared cameras, China is showcasing the potential applications of AI. But Beijing is also demonstrating its willingness to leverage the technology to solve many of its problems.

To understand the potential benefits and perils, we need to delve a bit deeper into the subject of AI itself. Artificial intelligence essentially falls into two categories: narrow and general. Narrow AI is a type of machine learning that is limited to specifically defined tasks, while general AI refers to totally autonomous intelligence akin to human cognition. General AI remains a distant dream for many, but the real-world implications of narrow AI exist in the present—and China is working diligently to become a world leader in it. 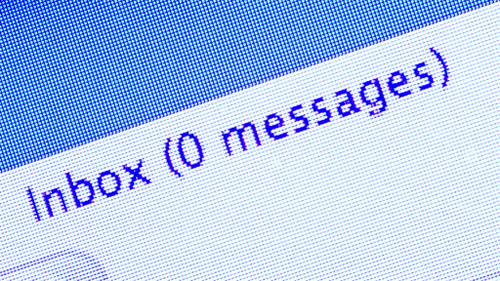 Reported by both Windows Latest and MSPowerUser, Gmail users are discovering that Microsoft’s Windows 10 built-in Mail client is deleting their emails and/or sending them to spam automatically.

Grocery stores have shut down self-serve salad bars during the pandemic. They’ve taken away displays of fresh olives and dips. And they’ve replaced giant kettles of ready-to-ladle hot soup with sealed to-go containers.

The deli and prepared food areas that used to draw traffic to stores and differentiate grocers have fallen from favor as customers worry about the spread of the coronavirus, cook more from scratch and try to limit their time in stores.

Grocers are trying to revive those parts of the store with new approaches. At Publix, salad bars and hot bars have reopened, but employees dish out each item. Wegmans moved hummus, olives and more behind a counter where cheese shop employees fill orders. And at Texas-based H-E-B, some coolers carry prepared meals from local restaurants and a former food bar became an ice chest of beers.

Amid the widespread protests and anger over police brutality, an iPhone shortcut that allows users to automatically record their interactions with the police is gaining popularity.

By saying, "Hey Siri, I'm getting pulled over," the shortcut -- which a user must first install themselves -- will pause any music that you're playing, turn down the brightness of your phone, turn on the "Do Not Disturb" mode to block any incoming calls, open up your front-facing camera and start a video recording.

Police officers across the US have quit their jobs in recent days. Here is where there have been resignations

Could Artificial Intelligence Have The Answer To America's Coronavirus Economic Woes?

Unless the American economy somehow gets way more productive. More innovative. Technology optimists hope artificial intelligence is the “next big thing” that will drive the next big productivity boom. Eventually. The history of important “general purpose technologies” — such as the steam engine, electrification, and personal computing — is that it takes a while for them to achieve significant economy-wide impact. (Although that diffusion lag has shortened.) They need supporting investments in physical and human capital to achieve full potential. As economist Erik Brynjolfsson told me recently on my Political Economy podcast, we need more people “who know how to take these new technologies and translate them into new products. The more of those we have, the better because there are intangible capital and business processes that need to be reinvented.”