I think it's a mistake to separate Christian into right or left because you all serve the same God. That action cancels your purpose. 15-Apr-2020

Prov 22:15: “Foolishness is bound in the heart of a child; but the rod of correction shall drive it far from him.” Prov 23:13-14: “Withhold not correction from the child: for if thou beatest him with the rod, he shall not die. Thou shalt beat him with the rod, and shalt deliver his soul from hell (i.e. death).” 13-Jan-2020

If we indeed intend for it to get better, we must stop discarding each other like the impertinent society that blasphemes us...lest people think us inhuman. 12-Dec-2019

My grandfather was so devastated by grandmother's cheating and impregnation by the family pastor that when he moved to NY, he became a warlock. He was the most affluent and secured force in the family, with my god fearing mother his apprentice and I a witness. 24-Oct-2019 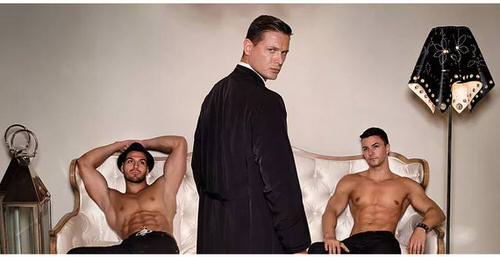 In Romans 1:26-27, Paul said, “For this reason God gave them over to degrading passions; for their women exchanged the natural function for that which is unnatural, and in the same way also the men abandoned the natural function of the woman and burned in their desire toward one another, men with men committing indecent acts and receiving in their own persons the due penalty of their error.” The Bible says homosexuality is against God’s natural law with severe consequences. You can be forgiven of homosexuality. You can be forgiven of any sin. But to be forgiven of a sin, you must admit you have sinned. The Bible prohibits homosexual behavior.

The gays love to embrace religion because perversion is exalted. 20-Aug-2019

I think that they think that when we ask them for acceptance, we are asking them to be hypocrites.

I've changed my mind about spirituality. You can believe whatever you want as long as it keeps your heart beating and no one gets hurt. Amen. 14-May-2019 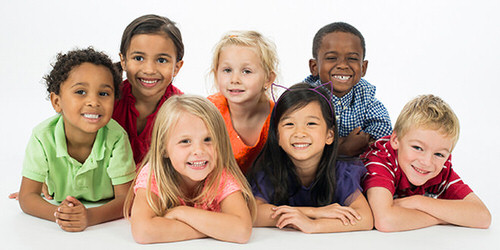 10-Year-Old Kentucky Boy Kills Himself Because Of Bullying Over His Colostomy Bag, Parents Say

Iowa 2-Month-Old Died of Starvation Weighing 2 lbs. Less than When He Was Born

We shouldn't even discuss the environment until we save them first. 15-Jan-2019

Why do we infer that God is offended by sex when he created it? (We could have had babies without the crippling desire.) 04-Dec-2018

No one cares about the environment because God created everything to destruct. They bloat the planet with children so they can watch them go boom. 08-Oct-2018

I was saddened that the power of the church is such that the voices of child abuse were shut down. Is our belief in religion stronger than our love for our children?

Parents, I implore you as a "rag doll" victim of many strait adult males, take charge. The only way to stop the abuse in religion is to take away its candy. A kid doesn't understand it, is bored by it and it counters the brain on how to treat people in society. Let your children decide about religion when they are adults. Don't allow a stranger to teach them what's good, that's your job. The pederasts will ween themselves out from lack of entertainment and you can have your safety and love of a child back. 17-Aug-2018

My mother had five brothers and sisters just like the Brady Bunch. There were three girls and three boys. My mother was Jan always seeking attention, Big sis was Marcia always getting attention and baby sister was Cindy with the blond curls and angelic facsimile.

Baby sister was born of sin. My grandmother was a pentecostal zealot who was deluded by her pastor. She cleaned his house and tended to his disabled wife. She must have regarded him especially because she became pregnant with twins. My grandfather wouldn't have noticed except the twins were fraternal and even though my favorite aunt was as white as the driven snow her twin was brown. None of my grandparents are brown. My grandfather thought it the worst indignity and he walked out on his family, stranding my grandmother with six kids and extreme poverty.

My grandfather ended up moving to New York and finding success but the spurned cheater struggled every minute of her life in the wastelands of Puerto Rico.

My grandmother awaited forever for the pastor to do the right thing. He helped her out by suggesting she take her oldest (15) daughter out of school and have her work for him at his house to clear the time for my grandmother to find full-time work. To the disillusionment of Big sis it happened. The work was grueling and cruel because he demanded a spotless house and he raped her constantly. Big sis argued and complained to grandmother who would cover her ears and wipe the assault clean. Big sis sought solace with my mother. She would confide that she couldn't take it anymore. My mother took it upon herself to find her dad in New York and begged him to send for her to save her from the abhorrent situation. He agreed to send for her but he wouldn't take care of her. He didn't want the responsibility of a horny teenager blemished through sex. He sent money for the flight but other relatives would take her in. My aunt never looked back.

Pastor, on the other hand, was left without household help. It soon became apparent to mother that grandma was forcing her out of school so she could fulfill her Big sis' destiny. I presume this is where mother's super cleanliness obsession was born. Pastor couldn't keep his hands off mother either, except my mother could hit back and run faster. He tried relentlessly but mother claims he never pinned her down. At the first opportunity, my mother married the first man that would drag her out of hell. That man was my father. 10-Apr-2018