Male Hummingbirds Are So Annoying, Females Wear Disguises to Not Be Harassed

Hummingbirds tend to compete aggressively for food resources, even among their own species, so the researchers recorded both sexual and aggressive interactions amongst the birds.

They were trying to determine if the androchromatic females were preferred as mates, which would suggest that their bright coloring had a sexual selection benefit.

Interestingly, the males still preferred the more plainly-colored females sexually. In 100 percent of the trials, the first sexual advance was made towards a heterochromatic female - ruling out mate selection as a reason for the bright coloring.

This suggests that disguising themselves as males reduces the rate at which females are socially harassed by males - which, in some cases, seems to be preferable to appealing to them sexually.

Male Hummingbirds Are So Annoying

I need some help gaining perspective on my 15-year-old child’s whiplash approach to gender and sexuality. For the last three years, they have been on a journey with regard to their sexuality, declaring and changing identities one every few weeks or months, even when those identities have been both contradictory (how can one be both asexual and polyamorous?) and hypothetical (my kid isn’t dating and hasn’t dated). They are committed to being anything but cisgender and hetero, and that identity—whatever it turns out to be—appears from their actions and words to be the central part of their sense of self. They spent a lot of time on queer wikis, looking up new possible identities. They avidly “ship” fictional characters into same-sex couples, express anger/disappointment when shows/books have hetero couples, and talk constantly about LGBTQIA issues, representation, etc.

I have been, and want to be, supportive. My kid deserves to be loved and celebrated for who they are, and however their identity settles out is fine with me. But I am also struggling with these rapid changes. In the last two weeks, my kid has changed their name once and pronouns twice, colored their hair, worn exaggeratedly feminine eye makeup, pinned their hair up to look masculine, purchased a bikini and a dress and then asked me to buy them a binder (because they think it would be “fun” to look like a boy sometimes). At this point, it feels like they’re trying on identities like costumes, and that makes me very uncomfortable. None of it feels authentic—it seems more like a bid to stand out in a crowd or perhaps to find the limits of my acceptance.

I have worked so hard to make sure my kids know they are loved unconditionally, but if this kid is looking for a boundary, maybe I should set one? I literally squirmed when I wrote that sentence; setting a random limit on acceptance goes against everything I believe. But at the same time, I am so, so tired of hearing about their identity day after day after day and of trying to keep up with the changes. They’re a great, smart, interesting kid for a dozen different reasons; their gender/sexuality is just one aspect of their personality. Would it be wrong of me to say, in essence, “I love you, and will never not love you. When you figure out your identity let me know, and in the meantime can we maybe stop talking about it all the time?” Also, as the world opens up and my kid spends more time outside of our home, can I/should I ask them to be more thoughtful in how they present themselves? It seems to me that trans and nonbinary people cannot simply change their identities and expression for “fun,” so my kid’s behavior feels a little bit like cosplaying in a way that could be hurtful. Or do I just keep keeping my mouth shut, do my best to remember this week’s identity, and pray that this phase ends soon?

My Teen Changes Their Queer Identity Every Week

She Told Everyone How Painful Her Gender Confirmation Surgery Was. And Then She Died.

My grandchild is trans, what do I do? 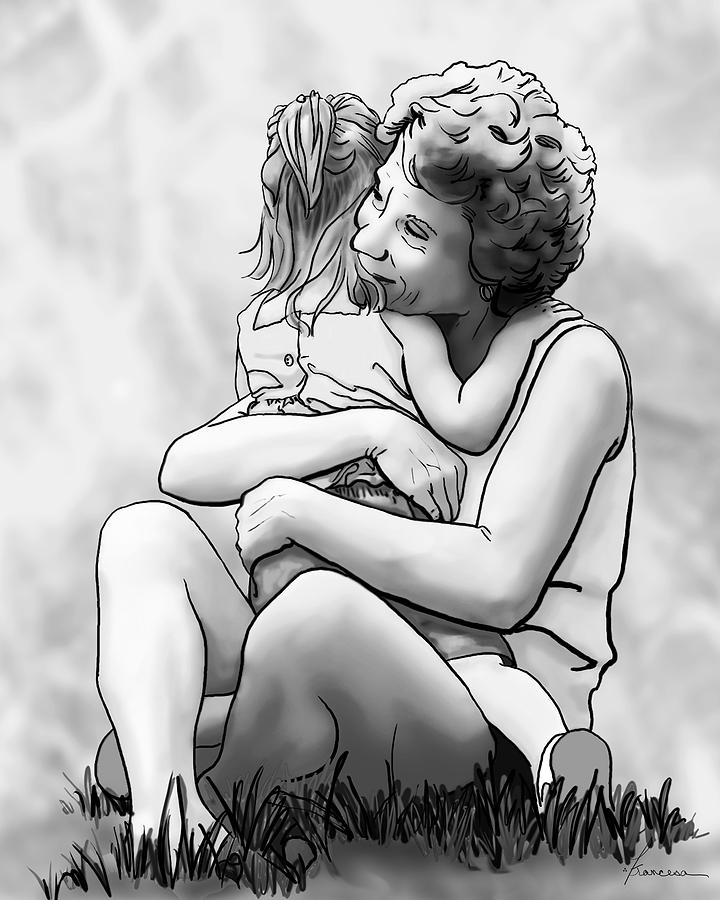 “My granddaughter just informed me she has decided she would be happier living as a boy, and she has gone so far as to legally change her name,” the grandmother, labeling herself “Grandma in Pain” wrote. “I want to be supportive, but I admit I’m having a lot of trouble accepting it, or at least figuring out how to deal with it.”

“She’s my only grandchild and most likely the only one I’ll ever have,” Grandma in Pain continued. I loved my granddaughter with all my heart, and I don’t know how to shift gears to a grandson. I keep stumbling when I try to use the new name. I would welcome any suggestions you could make, including information about support groups you might know of.”

My grandchild is trans, what do I do?

I Don’t Want to Go to My Mom’s Funeral

I’ve been low-contact with my abusive dad for several years now, and my mental health has drastically improved as a result. I’m a queer trans person (they/them) and would be happiest never speaking to him again. I am in contact with my mother, who occasionally gives me updates on his life. I know my mother was victimized by him in her own right, but she also enabled and justified his abuse of me and my siblings. Now my mother is currently dying of a chronic illness, and her prognosis is only another year or two. I live across the country, although I plan to move to be closer to her this fall. But I’m already thinking about her funeral: I don’t want to go when it finally happens.

Growing up, I was mercilessly mocked for being too “sensitive” by my relatives. The environment was incredibly homophobic and transphobic. I don’t like showing emotion in front of them. I haven’t seen any members of my extended family in years and don’t want to. I have one sibling I sometimes commiserate with about how messed up our childhood was, but we’re not otherwise close. I realize not attending would likely destroy my relationship with my remaining relatives, but I don’t want to maintain that relationship anyways. I do feel guilty about not wanting to stay close sometimes, but I’d rather grieve with my partner and my friends, who accept me and love me for who I am. Based on previous interactions, I worry that attending might trigger a mental health crisis. But I also know these people think I’m overdramatic, selfish, and attention-seeking. The last time I tried to bring up my panic attacks to my mom, she told me to “just close my eyes if I get scared,” so I dropped the subject. What are my obligations here? How do I take care of myself when skipping your mother’s funeral is pretty universally seen as an awful thing to do?

I Don’t Want to Go to My Mom’s Funeral