All Posts Tagged as 'Racism'

In the now-deleted photo posted to Spelling’s Instagram stories, the “Beverly Hills 90210” alum’s daughter, Hattie, 8, could be seen dressed up as a character dubbed “McQuisha,” donning Cheetos as fingernails and wearing a bandana on her head.

“Racism takes no days off even during a pandemic,” one user wrote. “why did you think this was ok?!?! Let me guess ‘ignorance’ and ‘you’re so so sorry.’”

Meanwhile, another user wrote: “You’re a racist who tried to be comedic in THIS time ESPECIALLY!” 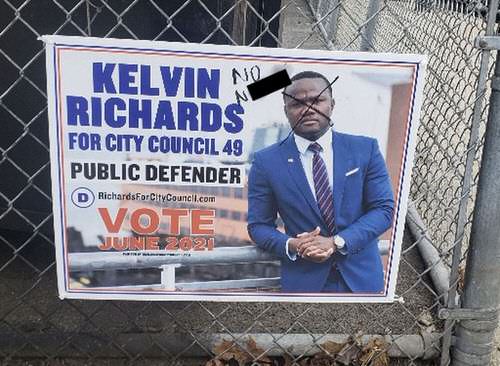 Kelvin Richards, currently a staff attorney with the Legal Aid Society who is black, filed a complaint with the NYPD after someone defaced a campaign poster that he had hung near the corner of Forest and Oakland avenues on Staten Island, cops and sources said.

Richards, 37, told police that he had posted the flyer around March 7, and was notified via Facebook on Saturday that someone had scrawled “no niggers” across the sign, according to police.