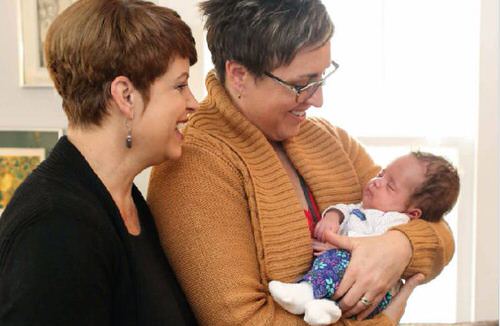 A lesbian couple seeking parental rights had their case heard by a three judge panel for the Seventh Circuit Court of Appeals on Monday, to determine whether or not Indiana‘s law disallowing them from both being named on their child’s birth certificate constitutes discrimination.

The state of Indiana is appealing an earlier ruling by a district judge, who sided with the couple, ordering the state to recognize both women as parents on the birth certificates of children conceived through a sperm donor.

Heartbreak for these 2 dads forced to surrender their newborn daughter