All Posts Tagged as 'Violence'

According to federal authorities, Harris allegedly contacted an underage boy on social media and repeatedly enticed him to make sexually explicit videos and photographs of himself and send them to Harris. The victim in the case allegedly informed Harris during the initial online encounter that he was 13 years old, the complaint states.

In addition to the criminal charge, a lawsuit was also filed against Harris and three cheer organizations by the mother of twin boys in Texas for alleged sex crimes. It appears the victim in the criminal case is one of the two victims from the civil case.

Texas Dad Fatally Shot 2 Young Daughters, 2 and 6 Months, Before Turning Gun on Himself 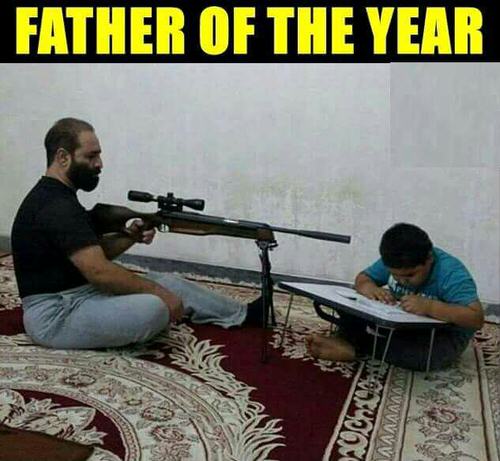 When Halie Engleman awoke in her Texas home on the morning of August 27, the two youngest of her four daughters were missing.

She asked the girls' non-custodial father, who'd spent the night in the San Marcos-area residence and had allegedly told her he was going to take the girls away from her, about their whereabouts. He pointed her to the bathroom.

Engleman stepped outside to look -- and when she came back in, the girls' father, 30-year-old Kyle Brandon Grieb, was gone, according to documents first obtained by the Hays Free Press.

Texas Dad Fatally Shot 2 Young Daughters, 2 and 6 Months, Before Turning Gun on Himself

Rosie* was on the terrace at Cafe Mambo Ibiza when she noticed a friend of a friend standing nearby who looked upset. The young woman told Rosie that she was in Ibiza on holidays, visiting a friend who lived there. Rosie asked her if she wanted to talk. They stepped aside and the girl revealed that Erick Morillo had assaulted her at his villa earlier that morning. “She was just shaking, she said, ‘I don't know what happened to me. I woke up, naked and he was there and I don't know what I've done but I think I feel strange down there.’ She had no memory whatsoever so it must have been like GHB or he drugged her or something, she felt like shit,” Rosie says. “But she definitely hadn’t gotten there with the intention of sleeping with him.” Rosie says she understands why the woman didn’t want to report the rape. “She said, ‘What do I say? I can't really remember anything. All I can tell them is I've woken up naked, and he's next to me naked. I can't prove anything, no one will believe me.’ The conversation wasn't that long because she was SO stressed out,” Rosie says. “And we were quite young, maybe early 20s.”

“At the time I'm thinking, oh God, you know, I’ll take her down to the Guardia Civil [Spanish police] and translate, because I speak Spanish, but I couldn't obviously force her and I know...I've been through something like that myself.”

Rosie says that the girl’s account of her experience was “very, very similar” to that of the woman who laid rape charges against Morillo last December. “It was almost identical,” she says.

Three brothers in their 30s are accused of breaking into a bedroom where a scared 10-year-old tried to escape them before they held her down and raped her.

Raul and Wilmer Paz-Perez, both 35, and Elder Paz-Perez, 31, allegedly attacked the child on Sept. 9, according to a press release from the Kenner Police Department. The siblings live with the child in a Kenner home, and are friends of the girl's family, the Associated Press reports.

"All three men were home alone with the victim when they made sexual advances toward the child in which they offered money for sex," the press release stated. “The child locked herself in the bedroom.”

While she tried to keep the men out, they allegedly kept on trying to attack her.

He later apologized for the remarks but appeared to take it back again Tuesday as he continued by asking for 'an army of angels to cover me while I pull this sword out of the stone'.

'I need everyone's prayers ... I promise we will be free and own our masters but we must be faithful to God this time,' West added.

'No more killing each other. No more threatening to take each other's girls and wives ... let's show the world how great we truly are. We are God's chosen people.

'slavery is a choice'

A New Jersey man was charged for detonating an explosive device at a lesbian-owned gym long considered by locals as a “safe haven” for LGBT+ people.

Dwayne A Vandergrift Jr, 35, was charged by federal authorities on September 4 for not only causing devastating damage to the Gloucester City gym, but for unlawful possession of two destructive devices and unlawful possession of a short-barrelled rifle, according to a press release from the US Attorney’s Office for New Jersey.

At around 4am on August 26, Vandergrift tacked the explosive device on the front door of GCity Crossfit Gym, according to surveillance footage.

Sprinting off, the resulting explosion shattered the glass and desolated the door.

A British passenger was not exactly taking it easy on an EasyJet flight, where he was caught in shocking video throwing a punch at a fellow flier in a racially charged incident, according to a report.

In the expletive-laden footage, the man erupts in fury and throws a punch as he lunges over a seat after a woman can be heard saying, ‘I am African. Do not chat s— about my people,” The Sun reported.

Other passengers claimed the woman was defending a friend whom the brute had racially abused earlier on the flight from London to Antalya, Turkey, on Tuesday.

Jon Gosselin may be under investigation over an alleged incident involving his son, Collin Gosselin.

The claims came in the form of a now-deleted social media post viewed by the outlet.

“My dad is a liar,” Colin wrote in the since-deleted post. “Yesterday he beat me up and thought nothing of it, he punched me in the face and gave me a swollen nose and I started bleeding. He then continued to kick me in the ribs after I was on the floor. He is a liar.”

Boy, 5, who died after granite tabletop fell on his head at wedding reception at suburban Chicago hotel

School security guard, 35, is ordered to pay $3 million to the family of 17-year-old student who he 'groomed and sexually assaulted 40 times over two years'

Man Charged After Allegedly Trying to Kidnap Girl, 6, in Front of Her Blind Father

'Child snatch' horror: Man is wrestled to the ground after 'trying to abduct' four-year-old at a South African restaurant as terrified mother tries to hold on to the girl

Adults with COVID-19 are more likely to have dined out before getting sick, CDC report says 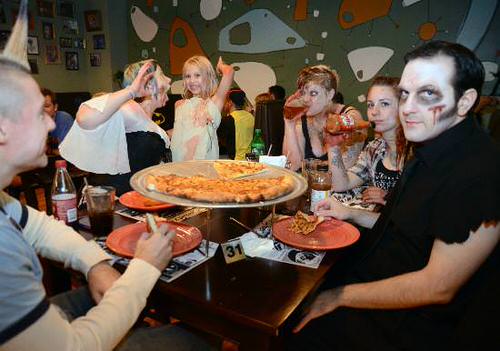 Restaurants are trying to keep customers safe from COVID-19 – by wearing masks, serving outdoors and disinfecting from top to bottom – but a new study published by the U.S. Centers for Disease Control and Prevention suggests it might not be enough.

Adults with confirmed COVID-19 are twice as likely to have dined out at a restaurant in the 14 days before becoming sick than those who tested negative, according to the CDC's Morbidity and Mortality Weekly Report issued Thursday.

Positive patients were also more likely to report going to a bar or coffee shop when the analysis was limited to those without close contact to people with known coronavirus.

Adults with COVID-19 are more likely to have dined out before getting sick, CDC report says

A Black couple who got into a fight with white customers at a Little Rock steakhouse who weren't wearing masks and stood too close filed a lawsuit Thursday accusing the restaurant of discrimination and not enforcing coronavirus safety rules.

The federal lawsuit stems from a June 27 fight at the Saltgrass Steakhouse that was caught on cellphone video and widely shared on social media. Shayla Hooks and Tyrone Jackson accuse the restaurant of negligence, racial discrimination and defamation over its handling of the confrontation.

The lawsuit says the couple was sitting in the restaurant's bar area when a group of white people from a Louisiana tour bus entered and asked if they could sit close to them, despite social distancing restrictions. Arkansas allows bars and restaurants to open but with capacity limits and distancing rules.