We need new representation. Pronto! I've been living my life harder as a better person because someone thought a thug could be a hero. The thugs are the Nazis of our community, raping, pillaging and obliterating everyone they please. The upstanding citizen is always ignored or castrated for becoming...not them. White people don't really much complain because it keeps us busy and makes us easier to tolerate. It's only entertainment. They gift you for achievements unaccomplished while secretly suspecting. They elevate and inflate a selected few to King and Queen status and only support us in causes with the least life stress, less they perceive you as an ungrateful stereotype. The more of a petty life celebration, the less, us, in the pit are safe. You bought yourself a tower to represent the petty thugs that kill us because it's the only swag you've got. I sit here, a victim of countless thugs, refusing to worship or be labeled as one. We almost had them and the thug fucked it up. I don't fucking get it.

You can sit there and wonder, make excuses, but they hate us alike because we are thugs. Get it?

Oops! They can't hear me because they're hiding in a bejeweled tower, we helped create.

Prov 22:15: “Foolishness is bound in the heart of a child; but the rod of correction shall drive it far from him.” Prov 23:13-14: “Withhold not correction from the child: for if thou beatest him with the rod, he shall not die. Thou shalt beat him with the rod, and shalt deliver his soul from hell (i.e. death).” 13-Jan-2020

The illusion that the street name for "idiot slave" is synonymous with a culture and its strength is ludicrously grandiose. You rarely complain when the white community says it while it helps you grind one out. Why should you expect white people to stop saying the word if you can't? Please tell your non-black fans not to buy your music, it's not appreciated and you don't need the money because you do it for the art.

You can't even stand up to your own brothers for calling your mothers, sisters and daughters hos and bitches or defending them from the "me too" movement, why should we expect a humane response for global respect. We are the ones that suffer the consequences and unless you have room in your jet for the entire community to fly out when it gets frantic, I suggest you keep the word to yourself. I refuse to be an "idiot slave."

Signed 24-May-2018
I’m allowed to use the "n" word. I don’t because the connotation is ugly. We need to learn our history and respect it. The people who suffered are not here and the instigators long died out. I dislike the word because its archaic and incapacitating. If you are constantly haunted by a word, get rid of it. It hasn’t changed anyone's life for the better and its impolite to be holding people who don't understand hostage for a word that picks its own master. That is not a stand for equality its a fight for exclusivity. Half the advantage of buying and listening to music is repeating the words. Bieber wasn't held accountable but Bill Maher was when they each said it. The experience of buying and listening to music is so people can sing along. If you don't want other people to sing it don't write it in (artists work best under restrictions.) Our ancestors would not appreciate its use and you might be able to suppress the chokehold white America has over your community because you showed them your kryptonite. Everyone will be accountable and Tarantino will have an unfinished script for his next film. 21-May-2018

So much bitchin' that "me too" moments are careening into "witch hunts" when the problem lays below men and women's waist. Ponder why people have no sex control and let the movement ride itself out. I'm curious to find out how endless it becomes. 18-May-2018

If kids should have no say on how we run this world then who exactly are we saving it for? 28-Mar-2018

I was born and baptized catholic. I wanted to become a priest. I have an aversion to them because I spent a lifetime avoiding their predatory advances. One priest actually had me wait with him while the rectory retired so he could sneak me into his room for sex. He showed me his dick and called me a "skirt." I stalled and refused. I met another at a vampire club and thought he was in disguise but he went out of his way to prove me wrong (it was his only badge of attraction,) he followed me into the bathroom, felt me up and I kicked him out. Many managed to take me to bed disguised as a civilian but eventually it caused a rift. I didn't want the responsibility of aiding someone to hell. I went through the whole process with one of my friends and all he talked about was how much more sex he was having interning. My world was very small but they constantly showed up with the same propositions. They were so prevalent in my life that it's the one career choice I could pick out just by talking to them (policemen were another.) Holy talk and show me your prick is a weird conversation. My sister wouldn't let my lover or myself babysit her children but she would gladly hand them over to a priest to teach. If I knew that anyone would care I would have made a grand list for the present so a parents love for their child could overcome faith. This is how I deal and vent because I am boggled that parents can complain all they want about the Weinsteins of the world but these child predators continue to be beloved and followed. Of course, there are good men in the priesthood, but those were rare in my life. The problematic ones know this is still the best place to hide because people grant them power. Forgive me when I use my art to vent but they woke me. 22-Mar-2018 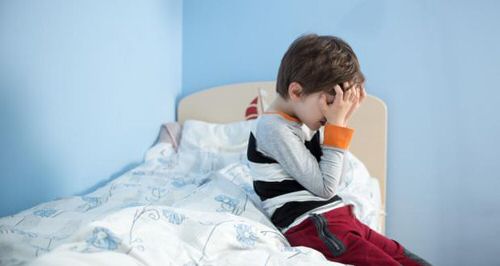 I wet my bed once in the first grade, besides a few smacks and verbal screams, my mother thought to implement a life lesson so ingrained that it wouldn't permit it to happen again.

At school, amidst the other parents and plenty of my classmates, my mother trumpeted...

"Guess what my son did this morning?...big little boy had the audacity to wet his bed at his age."

I felt like a criminal. The parents looked shocked but remained silent, some avoided looking at me out of pity and those that did glance were also out of pity. Mother took a heroic bow and was rewarded.

I never pissed myself again because the lesson was about teaching your child to control himself. I control piss, shit, farts, eat, sneezes, coughs, tears, snots, anything internal I can pinch so I never have to embarrass myself or especially anyone... ever again. 13-Mar-2018

The Advocacy Group on Gun Control

Australia hasn't had a fatal mass shooting since 1996. Here's what it did

When it comes to mass shootings, the problem isn’t Republicans or the NRA. It’s you.

If a child wants to play with guns, they can wait to be 18 and enroll in the many services America provides to ensure that they are used to protect everyone not just themselves. 16-Feb-2018
We celebrate the birth of every child without assurance that they will become decent human beings. As parents, our greatest ambition should be to preserve and enhance their lives not fight for the right to procure deadly toys that could extinguish them. I extol lives not births. 15-Feb-2018

NRA lashes out at boycott movement as United, Delta and other corporations cut ties

We aren’t having an evidence-based debate about guns

Your children now have another source for "finding" guns. Parents, spiritual leaders, environmentalists, animal lovers, activists, the people who hate food and are convinced it will kill us, anyone...this is one of the few opportunities you have to show children they are a priority over toys. You shouldn't celebrate them, pray or whine until you do. 23-Feb-2018