Rapper Boosie Badazz says he was “refused” entry at a Planet Fitness in Georgia over transphobic comments he made about Dwyane Wade‘s daughter Zaya.

Boosie, 37, spoke out about the incident on Instagram Thursday, sharing a video, which shows him pulling out of the gym’s parking lot.

“Do not go to Planet Fitness, they racist. They haters. They just put me out Planet Fitness for what I said about Dwyane Wade son,” Boosie explained. “And they said I said in a video one of they employees was faggot or some shit… They got roaches in that bitch.” 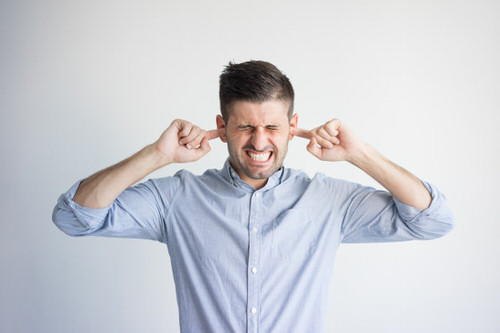 In a crime eerily reminiscent of Jordan Davis’ murder, 17-year-old Elijah Al-Amin was reportedly stabbed to death by 27-year-old Michael Adams on Thursday morning (July 4) outside a Circle K in Arizona. The man allegedly attacked because he heard the victim listening to rap music in the parking lot. 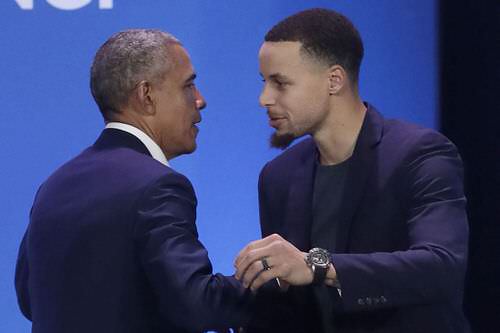 On Tuesday, ex-president Barack Obama and Stephen Curry combined their powers for a town hall event that urged youngsters from minority backgrounds to develop confidence without feeling compelled to build self-worth based on chasing women and money.

The event unfolded in Oakland, and it also marked the fifth anniversary of Obama's My Brother’s Keeper Alliance. Both Curry and the former president talked about challenges they faced in their formative years, while also speaking about broader ranging topics, such as hip-hop, policing in minority communities, discipline in schools, male role models, and manhood.

Obama addressed societal pressures that young people face to act a certain way because of hip hop's frequent portrayal of what it means to be successful. The President's remarks on that subject were described as one of the event's "more humorous moments," as he blended making his point with some shade.

"We live in a culture where our worth is measured by how much money we have and how famous we are," Obama said to the capacity crowd made up of youth flown to the Bay from throughout the country. "I will tell you, at the end of the day, the thing that will give you confidence is not that. I know a lot of rich people that are all messed up."

Is it OK for restaurants with a mostly white clientele to play rap songs that use the N-word? This man says no.

Several weeks ago I was in a North Side coffeehouse, trying to ignore the usual hodgepodge of music blaring from the speakers, when a rap song came on.

It made me stop and listen. Over and over, it used the racial epithet we euphemistically call “the N-word,” and with each repetition I felt more bothered.

Was this OK? For this racially charged word to be so cavalierly broadcast into this public space? A space occupied entirely by white people? If there had been any black people there, would it have been better? Or worse? Was it OK because the word was being used by a black person?

I stewed over those questions for the time it took to finish my coffee, then on my way out stopped by the counter. I told the barista I thought it was wrong to casually blast that word in here, to treat it, in this space, as background entertainment. He shrugged.

Music should be written for everyone to enjoy. 18-Feb-2019

It’s time for a #MeToo moment in hip hop

In the weeks following the horrific revelations made in Lifetime’s bombshell six-part docuseries “Surviving R. Kelly,” the fallout has been immense.

But while a day of reckoning seems to be finally at hand for Kelly, the hip-hop and R&B world has yet to truly have the #MeToo moment that has rocked Hollywood, professional sports, the video-game industry and the journalism biz.

Rapper Kodak Black is awaiting trial this April for allegedly pinning down, biting and raping a woman in a South Carolina hotel. But despite such serious allegations, the tattooed 21-year-old “Tunnel Vision” hit-maker is still treated like an A-lister.

Singer Justine Skye's harrowing new music video opens with a disclaimer that it's "based on true events." The video for "Build" is a poignant yet painful look a young woman's relationship with a man who physically and mentally abused her, and ends with a black screen and the italicized words: "United in the fight against domestic violence."

In a Monday interview with The Breakfast Club, Skye explains why she elected to keep her alleged abuser’s identity private, though fans and sleuths have taken a look at her social media activity and speculate that "Build" is about rapper Check Wes, who recently appeared on Saturday Night Live.

City Girls Rapper Yung Miami Explains Saying She Would 'Beat' Her Son If He Was Gay: Watch

Rapper Yung Miami, of the rap group City Girls, has made a name for herself as a controversial figure in the hip-hop world. The 24-year-old rapper made comments in 2011 about how she thought Haitians were “black ugly and cheesy” and said in 2013 that she wouldn’t want one of her sons to be gay -- both of which she later publicly apologized for.

But Miami found herself in more hot water on Tuesday (Nov. 13) after her appearance on Power 105.1’s The Breakfast Club, where she doubled down on her homophobic statements. Speaking with host Charlamagne Tha God, Miami was asked about her controversial tweet that said what she would do if she had a gay son. “I didn’t tweet nothing about them [the LGBTQ community],” she said. “I was just talking about my son. I just said that if I saw anything gay in my son, that I would beat him.”

'CAT DADDY' RAPPER Please Don't Bust Me ...
THAT CHICK'S GONNA HAVE SEX WITH ME!!!

One of the guys behind the "Cat Daddy" dance craze got busted in L.A. -- but, the ONLY thing on his mind at the time of his arrest was getting some action from a chick he'd just met ... at 2 AM.

TMZ obtained this video of Jovan "Pee Wee" Clayton -- formerly a member of The Rej3ctz -- getting arrested early Thursday morning by bounty hunters. They told him they were hauling him in for an outstanding domestic battery warrant, but you gotta see the vid.

Pee Wee couldn't care less about the charge, he was laser-focused on Lima, the woman he met on Instagram but had finally just met in person ... right before the bounty hunters took him down.

When they told him they found 3 boxes of condoms in her truck, he fired back ... "I know!!! I was about to f**k the s**t outta her!" His tone changed drastically when they told him she also had a particular sex toy. Just watch.

CARDI B ARRESTED AND CHARGED

Cardi was just officially arrested and charged with two misdemeanors, assault and reckless endangerment. We're told she had a mug shot taken and was fingerprinted. The rapper is scheduled to be arraigned on October 29.

Joe Tacopina, the attorney for the alleged victims, tells us, "She continues to threaten them and clearly thinks her celebrity status is going to get her out of this. But it doesn't matter if her name is Cardi B or Carl B ... if she commits violent assaults she will be brought to justice."

WEBBIE
SHAME ON ME? NAH, SHAME ON MY KIDS!!!
It's Open Door Policy Now 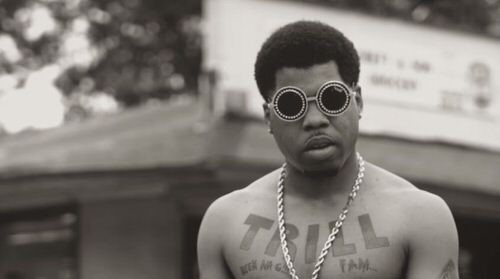 Webbie has no regrets about publicly shaming his teenage sons on the Internet after catching them in bed with a girl -- and he says their punishment fits the crime.

The Louisiana MC was on "TMZ Live" Monday to explain what led up to his live streaming his harsh verbal spanking on his 2 sons, their guy friend and a girl. Webbie described the scene he walked in on around 4 AM -- all 4 teens in bed together.

If you’re not with Azealia Banks 100%, you may as well be against her.

And hey, that’s her prerogative.

She doesn’t make it easy to back her all the time — we’ve covered her many beefs time and time again.

Now Australian pop star Troye Sivan finds himself fresh at the center of her displeasure yet again, after giving a wishy-washy answer to Andy Cohen about what he’d say to her if the two happened to be riding an elevator together.

To back it up, Sivan was asked in January if there are any rappers he’d be interested in working with.

“I mean, I was a huge Azealia Banks fan. That all just kind of like went south a little bit. It’s just one of those annoying things where you just want to support [her] so bad, and it just doesn’t work out like that.”

Among teens, transgender males are most likely to attempt suicide, study says

Filmed in his parents’ house.

The star realized his parents were out of town for a month, so he wrote a script with the house as the setting. They’ve now been told, and apparently it’s ‘still sinking in’ for his dad.

David Daniels — a much-celebrated artist in classical music — has been accused of drugging and raping Samuel Schultz, a young singer, in 2010. Schultz is also accusing Daniel's then-boyfriend and now-husband, conductor Scott Walters. The accusation was first published on Wednesday in the New York Daily News.

6ix9ine Wants Prosecutors to Use His Legal Name in Houston Case