Glennon Doyle thinks our kids suck. And it’s all our fault.

In her new book Untamed, she describes how parents receive a ‘terrible memo’ from society as soon as our kids are born.

This memo says that our kids are our saviours and parenting them is akin to a religion. We must give them every opportunity possible and most importantly, we must never allow anything difficult to happen to them.

According to Glennon, not only does this disastrous memo make us parents feel exhausted, neurotic and guilty; but it is also the reason why our kids suck.

The reason our kids suck, she says, is because we no longer allow our children to learn how to lose, or to struggle, or to be rejected. 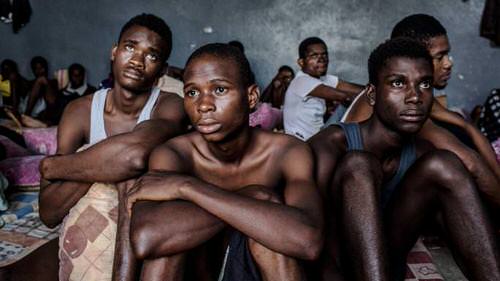 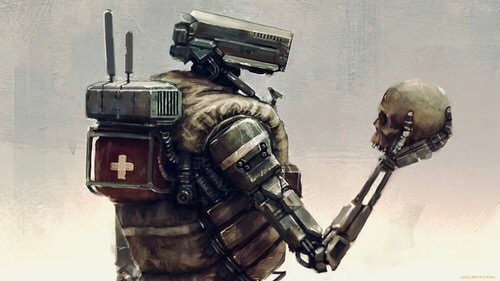 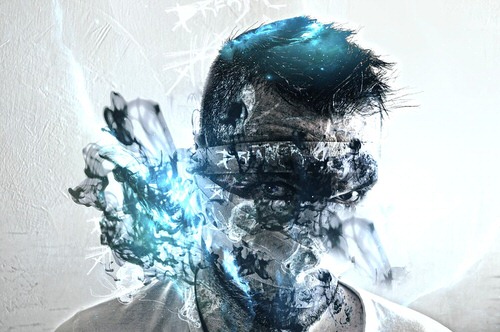 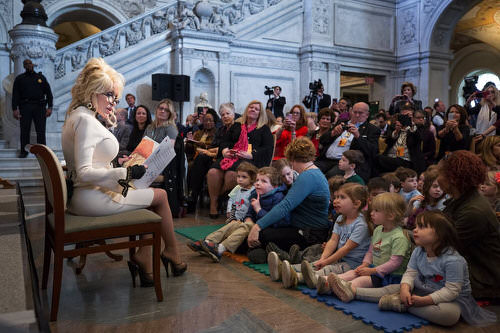 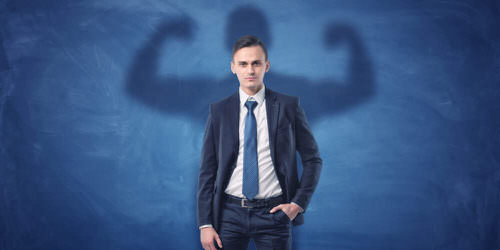 If this were a book, this is about the time the hero would be born. Right on the edge of the tipping point, when things go from bad to abysmal. A shining light, a beacon in the darkness, that sort of thing. Someone to pull the world forward, back into balance.

It’s easy to think that hero isn’t going to come. Because this isn’t a book — this is real life, and we don’t have magical or genetic superpowers to get us through the dark. (At least not to my knowledge.) It’s easy to believe that all those stories we read as kids were nonsense. Instead, I think those stories are more important than ever. Not only because they are metaphors on how to overcome evil, but because they show us that the world doesn’t just need heroes — it wants them. And a good story will show us that anyone can take that role. 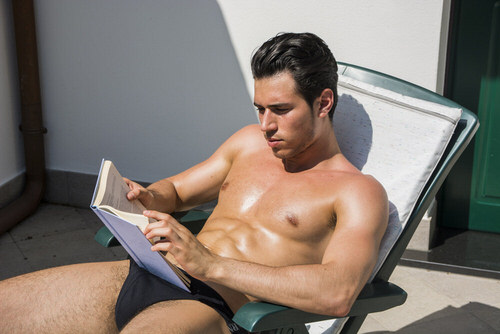 Though Hurricanes Harvey and Irma have passed, the clean up has only just begun. Now, one of our favorite Instagram pages, @HotDudesReading, is teaming up with the nonprofit First Book to send books to all the kids who have been impacted by the storms.

The two groups have joined forces to launched a GoFundMe campaign to raise money for the initiative. 100% of the funds raised will be used to gather books and distribute them to children affected by the storms. Several publishers, including Chronicle Books and Simon & Schuster, have also joined the effort, already donating 10,000 books to the effort.

One of the boys 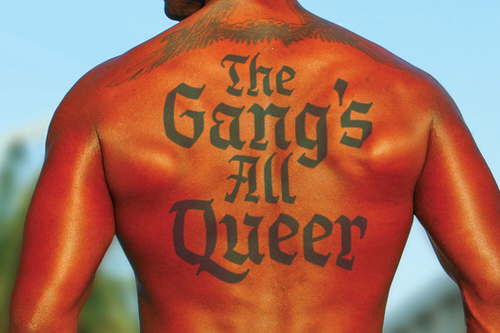 Everybody knows that being a teen isn’t easy. Being a gay teen is even harder which Vanessa R. Panfil, a white lesbian and author of “The Gang’s All Queer,” knew.

Her work in a Columbus, Ohio, LGBT center for young adults showed her realities beyond what she’d lived herself and it sparked an interest in gang membership within the community. She already knew a handful of gay gang members. After she gained their trust, those men introduced her to a web of people who opened their world to her.

When most people think of gangs, they picture tattoos and machismo. Panfil found some of the latter, but that was often used as cover for sexual identity. Many (though far from all) of the men she interviewed kept closeted to their fellow gang members. Panfil says there are three distinct kinds of gangs: all-gay gangs, of which there aren’t many; heterosexual gangs, in which being gay could be dangerous; and more tolerant, easy-going “hybrid” gangs in which the mix of gay and straight could be up to half of each.

Bored of Chillin’ in the Closet? Why not check out these Coming Out Books!

Coming out can be a daunting task no matter your age or situation. After all, it’s about a secret you’ve kept to just yourself up to that point, so naturally you’ll have built up expectations, fears, and insecurities surrounding the relationships with the people you’re coming out too. We’ve looked at some books that are all about coming out, whether it’s a biography from someone who’s done it, a self-help book for someone who’s thinking about it, or even a fictional story (that may or may not involve romance blossoming!) we’ve got them listed below.

Talk to Me, Baby 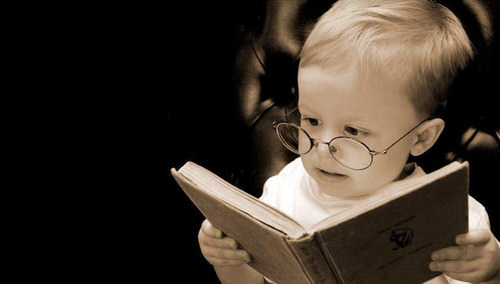 Dear Mr. Dad: My 13-month old says only two words: dada and mama. My best friend’s son is two months younger and she’s constantly bragging about how many words he knows. She’s got me worried that there’s something wrong with my baby. Do all kids start talking about the same age? Either way, what can I do to increase my baby’s vocabulary.

Actually, that's not in the Bible

NFL legend Mike Ditka was giving a news conference one day after being fired as the coach of the Chicago Bears when he decided to quote the Bible.

"Scripture tells you that all things shall pass," a choked-up Ditka said after leading his team to only five wins during the previous season. "This, too, shall pass."

Ditka fumbled his biblical citation, though. The phrase "This, too, shall pass" doesn't appear in the Bible. Ditka was quoting a phantom scripture that sounds like it belongs in the Bible, but look closer and it's not there.

Ditka's biblical blunder is as common as preachers delivering long-winded public prayers. The Bible may be the most revered book in America, but it's also one of the most misquoted. Politicians, motivational speakers, coaches - all types of people - quote passages that actually have no place in the Bible, religious scholars say.

This woman says all ‘happy’ stay-at-home moms are liars 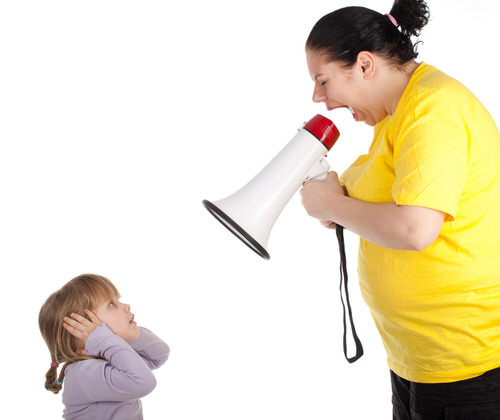 “I’m already getting hate mail, and the book isn’t even out yet,” says Samantha Ettus as she arrives at a coffee shop on the Upper West Side.

The hate mail is thanks to her upcoming book, “The Pie Life: A Guilt-Free Recipe for Success and Satisfaction” (Ghost Mountain Books, out Sept. 27). The book’s core message — that all women should work — has upset moms who have chosen to stay home with kids at the expense of their careers.

‘There are plenty of women who claim to be happy without a career, but two glasses of chardonnay in, you will find a well of dissatisfaction.’

“I have yet to meet a woman who is completely fulfilled without keeping up her career,” says Ettus. “There are plenty of women who claim to be happy without a career, but two glasses of chardonnay in, you will find a well of dissatisfaction. Where you see a woman who is not in an independent pursuit of her own life goals, you’ll likely find an anxious child, an over-perfected home, a marriage out of balance and a school administrator who wishes this woman would get a job.”

Having a Gay Kid Isn't Easy 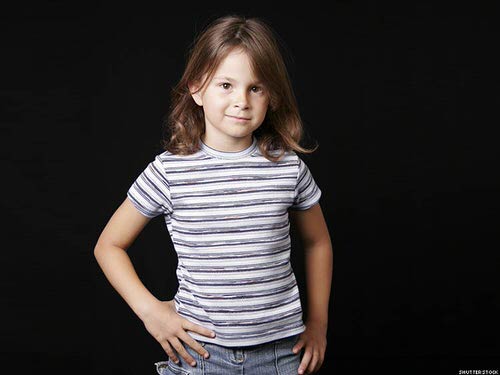 Some parents feel shame at first after their children come out. I know I did. I wasn’t ashamed of our son, but did feel ashamed that our family wasn’t mainstream anymore. I felt “less than” other families and longed for our old standing within our community.

However, as other parents have learned, by integrating their child’s sexual orientation into their own lives, the family can ultimately be proud. One example is Marilyn Cusack, thirty-nine.

After having three sons, Marilyn’s mother prayed for a little girl. A Presbyterian Sunday School teacher originally from Ohio, her prayers were answered! What she didn’t receive were the coping skills for raising a child who would later identify as a lesbian and make faces at the thought of wearing dresses—less Sara Crewe in A Little Princess than Scout Finch in To Kill a Mockingbird.