I was raised by Amazons. The women in my life were hierarchy. I was trained that all men are scum but they pay the rent so we have to put up with them. You may keep the ones that tickle the ivory longer than the ones that can pay the rent but that is an individual choice. I was going to be unique. I'd be raised as a boy with a female alpha mentality.

The only boyish thing I did was have sex with other boys/men. Ooh, that sounds girlish too. I did no boy things.

If we are allowed to accuse and punish we should be able to examine what weirds/drives them out. Changing what men hate should be a self realization and a compromise. I wanted out of girly world. I have a dick and I am nothing like them. I am not a girl. I wanted to be a boy like Pinocchio. (Scariest story ever because it's depraved and life has no happy ending and the "real" book made me hate it because it was my truth but it gave me hope. I will not be a schmuck puppet.) They never realized there was a boy underneath until the neighbors told them so. "Why isn't your boy married?" I became a lie that thrived but disappointed when I revealed the truth.

The men that popped up occasionally were full of drink, exhaustion, perversion and hate. The men bestowed me wisdoms about "you know who" and tips on how to sneak in extracurricular sex but then they disappeared or died. The parties were masquerades except when the tired broke free and exposed an ugly truth. The fairytale lasts as long as it takes a kid to fall asleep. Flirting, cheating and fights aplenty. The boys kept playing at Prince Charming while the women took credit for it. Somebody got laid, crowned, a new home and family whilst the other, got her rent paid. The kids were either in on the plan or out.

My stepfather stopped talking after his heart attack. He can but won't. He is so afraid to misspeak or insinuate the wrong thing to offend female empowerment that he stopped talking to my mother and everyone in the family because he can't handle the stress. He is being raised by Amazons. The exact same ones as I. He is a dumb alpha ex-jock stuck in a girly world and it's his punishment for cheating with whores. (Yeah, but he paid the rent!)

Mary Richards is my favorite feminist. She didn't want to downgrade men, she wanted to join them. She liked men. Lou the alpha respected her and everybody else adored her. Female empowerment is not about being a "Queen." If you want to be a Queen move to England. All's fair in love and war. That doesn't sound equal to me. We must remember that when "he" declares it. 02-Apr-2021

Shouldn't creating a thicker skin take precedence over being insulted by everything? It's only one step. Ignore and move on. They're always going to be there. 23-Feb-2021 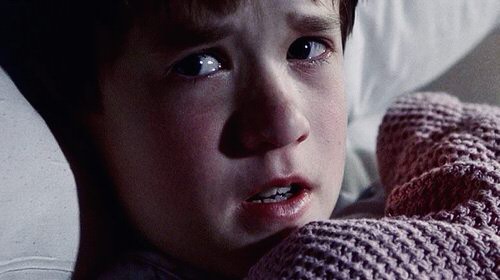 When we promise it gets better, and it doesn't, we've stopped that individual from getting prepared. 13-Apr-2020