All Posts Tagged as 'Idiocy'

A Florida mom whose 3-year-old daughter died after being ejected in a car crash is facing manslaughter charges after police allege the mother failed to restrain the girl in a legally required child-restraint device.

The girl, Serenity Rose Robinson, died from injuries she suffered in the February 17 crash in Fort Myers.

Zeagler is charged with aggravated manslaughter by causing the death of a person under 18 by culpable negligence; DUI manslaughter; and driving while license suspended, revoked or canceled.

Suspect Arrested For Carjacking Shortly After Being Released For Car Theft

As Asian Americans around the country experience racist attacks tied to the COVID-19 pandemic, New York City officials say there’s been a surge in local reports of anti-Asian harassment and discrimination: 105 reported incidents since February, compared to just five during the same period last year.

The city’s Commission on Human Rights released the numbers on Sunday when announcing a new response team dedicated to addressing a surge of harassment and discrimination related to the coronavirus. About 40% of the 248 reports the agency has received since February — ranging from discrimination against race, ethnicity, income and disability — have involved attacks against Asians.

There have been reports nationwide of racist attacks against Asian Americans since late January, when the coronavirus outbreak swelled in China and began to spread globally, exacerbating stigma and bigotry against people of Asian descent.

The coronavirus has forced Georgia to revisit a 70-year-old law targeting the Ku Klux Klan.

Gov. Brian Kemp signed an executive order temporarily suspending 1951 legislation creating a misdemeanor offense for people who conceal their identities while on public property — a law passed to combat klansmen.

Kemp said the order allows Georgians to were protective facemasks during the coronavirus pandemic without having to worry about a run-in with the law.

“I signed an order to allow Georgians to wear masks in public to mitigate the spread of COVID-19 – in accordance with CDC guidance – without fear of prosecution,” Kemp tweeted.

This is not a priority because police can ignore this order during an emergency. What happens after? Who suffers after? 15-Apr-2020

Ezra Miller grabs fan by the throat and pushes her to the ground in viral video, prompting blistering backlash online

The US actor, who uses they/them pronouns as a “pointed refusal to be gendered or identified in any category“, can be seen with both of their hands around the woman’s neck in the viral video.

“Did you wanna fight?” Ezra Miller says, walking towards the woman, who is moving her hands in the air.

Miller then grabs her neck with both hands.

Drill rapper M24 has sparked outrage, after he shared footage of himself defying lockdown rules to shoot a music video at an outdoor gathering on Saturday night.

The musician – a rising member of Brixton, south London, crew 150 – took to his Instagram account to upload clips of himself rapping to his latest track as a crowd surrounded him on a housing estate, clearly flouting social distancing rules.

Showing that they were aware of the risks of their actions amid the COVID-19 pandemic, a number of those featured in the clip were seeing sporting surgical masks as they danced and rapped along to his track in unison.

Woman spat, coughed on officers while claiming to have COVID-19, police allege 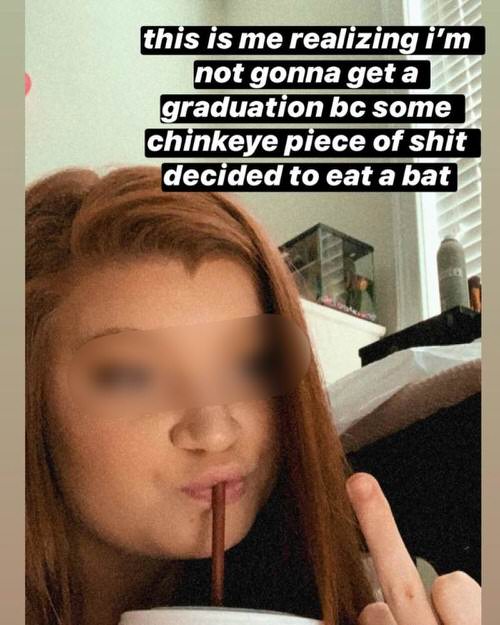 “Twink for Trump” Lucian Wintrich talked to the New York Post about a “corona potluck” – a get-together he organized where he discouraged people from washing their hands – that he organized earlier this month.

Wintrich, who parlayed his notoriety from the group Twinks for Trump into a paid gig at the far-right website Gateway Pundit, said that the idea was inspired by “chickenpox parties” – where parents take their kids to deliberately infect them with the disease.

University that punishes students for being gay told kids to go to class during coronavirus. Now they’re really ill

THE HAMPTONS BEACHES FILLING UP ... Social Distancing Struggle Is Real!!!

Be a good Samaritan: N.Y. lawmaker calls out minister for anti-LGBTQ remarks

Woman Charged With Terrorist Threat After Coughing On $35,000 Worth Of Groceries

An announcer called names of girls’ basketball players ‘pretty disgusting.’ He was removed at halftime. 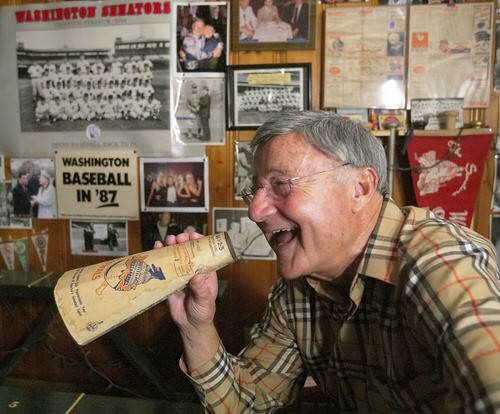 One member of the Crooked Oak High School girls’ basketball team raised her hands to her mouth in shock. Others appeared confused.

The visiting players from Oklahoma City had been lined up in two rows on the court waiting for the introduction of their starting lineup ahead of Friday’s playoff game against a rival school. But instead of reading their teammates’ names, the announcer first offered some unexpected commentary.

“Now, their names are pretty disgusting,” said the announcer for the home team, Newkirk High School. “But I’m going to try to call them out.”

Surprise rippled through the gymnasium as players exchanged looks of disbelief. 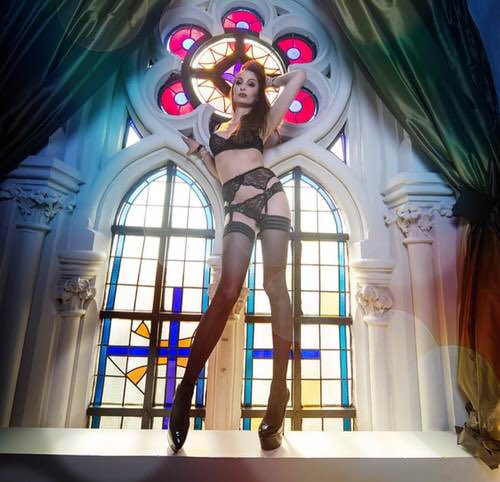 The Arizona State Senate voted Monday to declare pornography a public health crisis, but beyond stating such on their resolution, no further action is set to be taken.

The bill states that "pornography perpetuates a sexually toxic environment that damages all areas of our society," proceeding to list that "potential detrimental effects on pornography users include toxic sexual behaviors, emotional, mental and medical illnesses and difficulty forming or maintaining intimate relationships."

More Than 300 Catholic Clergy in New Jersey Have Been Accused of Sex Abuse, Report Says