80% of LGBT+ people have been abused online

A massive eight in 10 LGBT+ have experienced abuse online in the last five years.

And trolls have threatened 63% of LGBT+ people with physical violence online.

And the abuse is so bad it’s sending some LGBT+ people back into the closet on social media sites.

One said: ‘It angers and annoys me that there is so much hate from within the LGBT community towards each other.’

And another revealed: ‘After receiving threats online I was threatened in person with injury and death and have been assaulted several times.’

One victim said: ‘The sheer amount of comments has made me hate my sexuality. I used to be very proud of it but now I just hate how and who I love.’

Student arrested after racist & homophobic rant was caught on video

“You should probably chill, buddy,” said one student in the video as Kingery continued to use the racial slur. Another student tells him to shut up.

“I fucking hate fa***ts, too. How about that?” Kingery said.

A pair of recent decisions from two of the southern federal Circuit Courts of Appeals should be alarming us all. Instead, they’re only alarming a handful of us – because, overall, our community still clings to the inexplicable belief that religion can be our friend or, at least, a friend that we will be able to use to defend ourselves from certain others who also claim religion to be their friend.

Of the two recent decisions, only one has a direct LGBTQ component. Even so, it is truly difficult to say which one is the more disturbing, though the non-LGBTQ one, United States v. Brown, probably deserves the nod.

The Brown in question is Corrine, a former member of Congress from Florida, convicted on a slew of counts, the specifics of which are strangely irrelevant for purposes of what makes one of the opinions in her case problematic.

What does matter is that she was convicted by a jury. On appeal she took issue with the trial court’s decision to not allow “Juror 13” to contribute to rendering a verdict.

Shortly after deliberations began, “Juror 8” informed the judge that “13” had said, “A Higher Being told me Corrine Brown was Not Guilty on all charges” and that he “trusted the Holy Ghost.”

Do those sound like the words of someone who is going to make a decision based on earthly evidence?

What the LGBTQ community has never learned is that, when religion merges with government and science is reduced to having no more standing than faith, our religions and faiths and beliefs (or lack thereof) will never be recognized when they conflict with the particular religion and faith and belief of those who have seized power – legitimately or otherwise.

Once religion enters the government picture, everyone loses – at least everyone not sitting at the table of power.

In December 2014, a tractor-trailer traveling down Interstate 71 in Ohio struck and killed Leelah Alcorn.

Alcorn, who identified as transgender, had posted a suicide note on her Tumblr in which she described her isolation, desperation, and depression—feelings she blamed, in part, on the “conversion therapy” her conservative Christian parents forced her to undergo. Alcorn’s parents believed their “sick” child could be forcibly turned back into a boy and “cured” of her attraction to males.

Among those throwing shade on West’s comments was Bakari Sellers, an African-American lawyer and politician from South Carolina.

“Idiocy is the willingness to sell out your culture for trinkets,” Sellers wrote. “@kanyewest doesn’t understand reality. The same hat he is wearing is responsible for Jeff Sessions and taking us back a decade in Criminal Justice reform. @kanyewest is a clown who wants to sell albums. I’m good.” 30-Sep-2018
...and nobody cared. Sorry, Janet. 30-Sep-2018 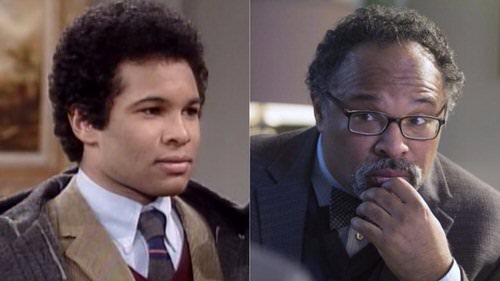 Fox News's Twitter account is being rightfully dragged on Twitter for publishing and tweeting a "news" story about Cosby Show actor Geoffrey Owens having a job at a Trader Joe's in New Jersey.

Twitter people pointed out that the story, which was aggregated from the Daily Mail and refers to Owens as having been "spotted" working at Trader Joe's like some kind of rare Pokémon, reads like a mean-spirited attempt to shame him for working outside of the entertainment industry — as if anything an actor does after being on TV is a fall from grace. Many people stepped to Owens' defense.

The Los Angeles Times interviewed eight young male actors and film industry professionals who alleged that they were sexually assaulted or harassed by Tyler Grasham, a veteran agent who was recently fired by the Beverly Hills-based Agency for the Performing Arts. Two of alleged victims have taken their accusations to police. The allegations have renewed attention on longstanding complaints in Hollywood about the sexual abuse of child actors. Grasham did not respond to requests for comment.

Hamilton’s Brandon Victor Dixon on Broadway Sexual Harassment: ‘My Closest Friends Have Stories Like All of These’

I like seeing pictures of men before I have sex with them. I don’t think that’s shallow. Neither do I think that’s asking too much on gay apps. And, yes, I absolutely am judging you based on your pictures and appearance — especially when our interaction is going to be strictly sexual, I need to know if I am attracted to you. That’s going to heavily influence whether I want to have sex with you and whether I will enjoy having sex with you. (Obviously, right?)

Of course, there are some men who don’t want to send pics of their face because they aren’t out to everyone. These men often refer to themselves as being on the “down-low” (DL) or will say they’re “discreet.” (Please note the spelling, as discrete means something different, guys.)

The Westboro Baptist Church, a homophobic poster-design company that does a sideline business in religion, is rooting for Hurricane Irma even as the Category-5 storm rips across the Caribbean on a collision course with the U.S. mainland. As Tweets reveal, in a clash between humans and weather that could threaten millions of individuals (holy and otherwise) in Florida, Cuba and Puerto Rico, the Church is decidedly pro-weather.

Early Sunday morning, a gay man’s jaw was broken after a fight broke out in Brooklyn, New York. Police are investigating the attack as a possible hate crime.

The 27-year-old victim was trying to break up a fight. That’s when the attacker called the victim an anti-homosexual slur and punched him in the face, cops said.This incident is a reminder that despite New York City being an enclave for the LGBT community, hate crimes still happen based on a person’s sexual orientation and gender identity.

Dashcam footage released by a Texas lawyer shows what he calls sexual assault of a woman at the hands of police.

The video appears to show a deputy forcefully pushing a handcuffed Corley to the ground, and then looked as though the deputies removed her pants and searched her. Cammack said the deputies searched her vaginal area, and the entire process took at least 11 minutes.

A 20-year-old British model has said she suffered a horrific ordeal at the hands of a criminal gang who attempted to sell her on the deep web to the highest bidder and asked for ransom in bitcoin.

The model, who identifies herself as Chloe Ayling, was allegedly kidnapped upon arriving in Milan for a photoshoot July 11 and drugged, assaulted, and locked in a suitcase, according to Italy's Polizia di Stato.

Italian prosecutor Paolo Storari said: "The victim was doped with ketamine - then she was locked in a bag and carried for hours in a car."

"Think what could would have happened if she suffered from asthma."

British model who said she was kidnapped seen shopping with ‘captor’

A gay couple says they were beaten last Sunday by a group of men in their 20’s.

Julian Smith, a lawyer, and Andrew Leonard, a decorator, were walking to their apartment in London on Sunday night. As they approached their building’s parking lot, they say they heard “barking noises.” “We were reticent as we got in,” Smith told the Evening Standard.