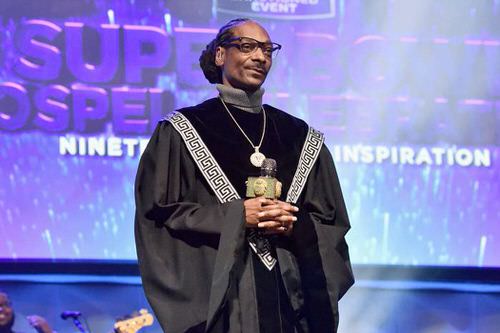 "Bitches ain't shit but hoes and tricks
Lick on these nuts and suck the dick."

MTV is toying with the idea of removing Michael Jackson's name from their Video Vanguard Award for this year's Video Music Awards.

During a conversation with Page Six, a source disclosed that there are talks within MTV about renaming the award.

"There’s a lot of heated discussion at the network about how to handle the Michael Jackson Video Vanguard Award this year, and it’s getting ugly," the source claims. "There’s talk about if they should change the name, or get rid of it altogether. [There’s also talk] about who would pre­sent it and who would accept it. It’s a mess."

Maroon 5 has been nominated for five MTV Video Music Awards over its more than decade-long career, winning best new artist in 2004 with "This Love." But that hasn't stopped the group's frontman, Adam Levine, from throwing noticeable shade at the awards show over the years.

Fans got a taste of Levine's rocky relationship with the VMAs during this year's ceremony on Sunday (Aug 27), when the 38-year-old singer unleashed a string of insults aimed at what he called an "utterly horrible" awards show. And it's far from the first time Levine has lashed out at the VMAs -- even during ceremonies where he's performed himself.

Below, brush up on the history of Levine's touchy relationship with the VMAs, including all the Twitter burns and sly insults we could find.

A portion of Justin Timberlake’s message to LGBTI youth at the iHeartRadio awards was muted last night (5 March).

The singer was taking home the award for Song of the Year for ‘Can’t Stop The Feeling’ when he told gay, bi and trans teens what to do when faced with a homophobe.

The iHeartRadio Awards were broadcast on TNT, TBS and truTV.

If you watched the awards, you wouldn’t have heard the final portion after he said: ‘Being different means you make a difference’.

Nick Jonas and Michael Phelps were separated at birth

At the award show, both the swimmer and sexy singer Nick Jonas wore dark jackets, white shirts, short haircuts and brooding stares that had viewers looking for the nearest lap pool to cool down in.