Anti-LGBTQ hate groups on the rise in U.S., report warns

The number of anti-LGBTQ hate groups soared 43 percent last year, rising from 49 groups in 2018 to 70 in 2019, according to a recent report from the Southern Poverty Law Center.

“Groups that vilify the LGBTQ community, in fact, represented the fastest-growing sector among hate groups in 2019,” the report states. The SPLC found the surge in anti-LGBTQ groups occurred amid an overall decrease in hate groups last year, which dropped to 940 from an all-time high of 1,020 in 2018.

The report said the surge was “possibly fueled by continued anti-LGBTQ sentiment and policy emanating from government officials,” largely attributing it to the Trump administration.

On its website, the FFPC says that its mission is to fight “radical LGBT activists” who want to “force all Americans to approve, support, and celebrate their lifestyle.”

On the call, Rubio discussed the $1.6 trillion stimulus bill that the Senate is working on to blunt the economic fallout from the global pandemic.

A pastor asked him if it would include money for churches.

“The package that I’ve been tasked with establishing… is open to nonprofits. Basically churches and other nonprofit groups,” Rubio responded.

Conservative preacher says gay marriage is to blame for coronavirus 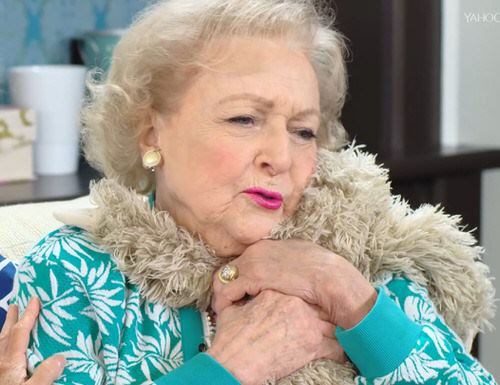 Ed Asner would very much like Betty White to live. Also Carl Reiner, William Shatner, Mel Brooks, and Cloris Leachman. Oh, and himself.

On Tuesday afternoon, the Emmy-winning TV legend (The Mary Tyler Moore Show, Lou Grant) directed a tweet at Donald Trump in response to the president’s comments which insinuated that he plans to reopen the country in weeks. Doing so would defy the pleas of public health experts and put vulnerable populations of the country, including the elderly, at higher risk of deadly battles with the novel coronavirus.

Anti-LGBTQ Hate Groups Are Surging in the U.S.

The fastest growing number of known hate groups in the U.S. are focused on opposing LGBTQ rights, according to a report released Wednesday.

Last year there was a massive 43 percent increase in the number of organizations dedicated to opposing LGBTQ equality, the advocacy group Southern Poverty Law Center found in its yearly hate group index released on Wednesday. There were 70 anti-LGBTQ hate groups operating in 2019, as opposed to just 49 for the two consecutive years prior.

These battles are not merely being fought in the courts and in Congress. Many LGBTQ people are fighting to stay alive as homophobia and transphobia spread throughout the nation. Brooks said the uptick in hate groups correlates with a general rise in targeted attacks against the members of the LGBTQ community: A 2019 report released by the Federal Bureau of Investigations found that hate crimes against LGBTQ people had increased six percent over the past year. 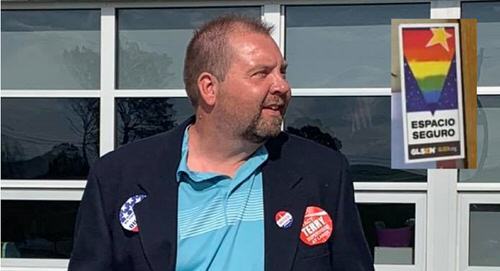 Virginian County Supervisor Stacy Terry is under fire after he posted a homophobic rant onto Facebook after he saw a rainbow sticker on a classroom door at the Rural Retreat High School.

The sticker, for a Gender-Sexuality Alliance, when translated into English simply reads: “Safe Space.” However, this was enough to irritate Terry who claimed that Christian groups weren’t allowed to meet on the school campus, although this was contradicted by school officials.

In a post, where he claimed not to be homophobic but against “indoctrination” he wrote: “The photo on the right is of a classroom in one of our county high schools. It is a gay pride flag.

“I am sick and tired of hearing folks hide behind tolerance and equality!

After a Glasgow venue canceled an event hosted by Franklin Graham, the notoriously anti-LGBTQ preacher has started legal proceedings to sue for “religious discrimination.” The minister regularly bashes LGBTQ people on social media and from the pulpit.

Graham’s claim of discrimination comes after he has spent years defending anti-LGBTQ bakery owners’ rights to turn away LGBTQ couples. Graham has repeatedly praised the business owners for standing up for their private beliefs.

The Billy Graham Evangelistic Association (BGEA) is claiming the venue, the SSE Hydro, is being discriminatory against Christians by refusing to give the pastor a platform to spread anti-LGBTQ rhetoric. Graham’s May 30th event was canceled after the venue’s primary shareholder, the Glasgow City Council, voiced strong concerns about hosting Graham because it was likely hate speech and anti-LGBTQ rhetoric would be used at the event.

The Canadian gym Queerflex, which is an LGBTQ-friendly gym designed for members of the LGBTQ community who felt uncomfortable in other gyms, has been forced to close after months of harassment from the far-right group, Defend Canada, formerly known as the Patriot Pride Canada Wide.

The group claimed that the founder of Queerflex was a “far left extremist [who] has opened up a training compound for domestic terrorists.”

As part of their harassment, the group published the address of the gym, as well as names and social media profiles of staff members who worked there, writing: “You can run but you can’t hide.”

Student arrested after racist & homophobic rant was caught on video

“You should probably chill, buddy,” said one student in the video as Kingery continued to use the racial slur. Another student tells him to shut up.

“I fucking hate fa***ts, too. How about that?” Kingery said.

Anti-LGBT+ hate speech and physical attacks are rising across Europe – including in Spain, Finland and the UK.

That’s according to international LGBT+ rights organisation ILGA-Europe as they publish their annual report today.

In particular they highlight a rise in the number of neo-Nazis on the fringe of Pride events. And they point to Chechnya where LGBT+ people were again detained without trial in concentration camps. They also say hate attacks against LGBT+ people have risen in Britain since Brexit.

Evelyne Paradis, executive director of ILGA-Europe, said the report dispelled the myth that the community was only making progress.

She said: ‘It is not all bad news. The issue of bodily integrity for intersex people continues to gain more prominence on the political agenda of governments and institutions.

‘2019 was a year of positive developments for rainbow families in the region, with an expansion of family rights in a few countries. And important advancements continue to be made on reforming or establishing legal gender recognition procedures, even if in many countries progress is slowing down.

‘However, the lived reality of LGBTI people in many parts of Europe and Central Asia is increasingly difficult and for a large part remains invisible, even to organisations like ILGA-Europe. Action is needed.’

Minnesota Senate Majority Leader Paul Gazelka defended conversion therapy and claimed that sexual assault can cause homosexuality, all in a wide-ranging interview with televangelist Andrew Wommack.

The senator, a Republican, recalled hearing the story of “a lady that was lesbian, and [a counselor] said before you judge her, let me just tell you her backstory. … He said she was chained to a toilet as a like 2-, 3-, 4-, 5-year-old girl and raped by her dad, for years and years. How do you think she’s gonna feel? In other words, he’s trying to get you to realize that there’s a deeper backstory, and if you understand that, you can love them while you’re … bringing truth and trying to help them.”

He also contended that lack of closeness to a parent of the same sex can cause a person to be gay. In a conversation with a gay man, Gazelka said he asked if the man was raised by a mother and father or just by his mother; it turned out the man was brought up by his mother and grandmother. “We actually had a conversation that we could talk about the issues around the why and the what,” the senator said.

“I think the best place to land is let the church have the total freedom to do as they please, and then for professional counselors, if an adolescent comes into their office, says I have unwanted same-sex attraction, I’m hoping that counselor can say ‘How can I help you?’” Gazelka told Wommack.

Bali villas targeted by authorities for “catering” to the LGBTQ community