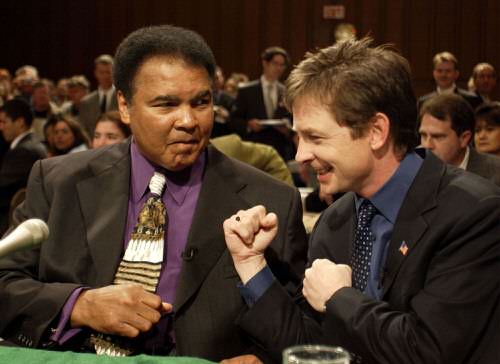 While recovering from bad fall two years ago, Michael J. Fox passed the time like many of us do: by binge-watching TV.

During his recovery season, the actor, 59, particularly took a liking to '70s game shows.

"I asked myself, why was I binge-watching old shows with dead people on them? People winning cars that have since been junked?"

"It started pointing to mortality, and I realized that I’m out there in reruns, too, and my reruns are going to survive me," says the father of four, who shares son Sam, 31, twins Aquinnah and Schuyler, both 25, and daughter Esmé, 19, with wife Tracy Pollan.

"And maybe someone will stumble on me when they’re in a fugue state and binge on my shows," he says. "It all kind of contributed to this circle, where I just realized that we roll on."

Soap opera actor Kristoff St John has been hospitalized for a three-day psychiatric evaluation after he allegedly sent an ex-lover photos of himself holding a gun to his head.

Sources told TMZ that that an ex of the 'Young and the Restless' star called the police on Thursday evening after he sent her the photographs, in which he allegedly threatened to kill himself.

Police allegedly confiscated two guns from St John and he has been ordered to undergo a 72-hour psychiatric evaluation, sources tell TMZ. 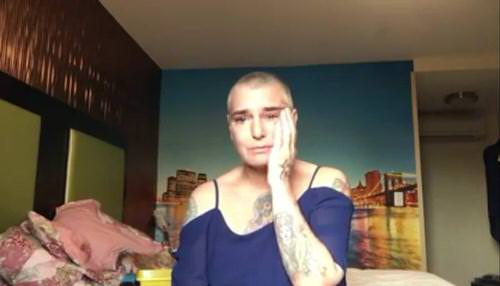 Troubled troubadour Sinead O’Connor is down on her luck again and living in a shoddy hotel “in the arse-end” of New Jersey, according to a recent Facebook post.

The 50-year-old Irish singer, best known for her Prince-penned hit, “Nothing Compares 2 U,” sobbed in the short video as she talks about what it’s like to be far away from her family and isolated because of her mental illness.

“I gave so much love in my life and I just can’t understand how a person can be left all alone,” O’Connor said in the 12-minute video posted Thursday.

“I hope this video will be helpful,” O’Connor continued, as she detailed how she had to flee Ireland to avoid the stigma of suffering from three mental illnesses.