Matt Hillier has put his wedding plans on hold after discovering his fiancé was sleeping with another man. Two weeks before the ceremony, his would-be husband was put in quarantine after coming down with the symptoms of coronavirus infection.

Hillier had moved from England to Brazil to marry Octavio Santos and didn’t find out until Santos confessed – because the other man was quarantined with him in the same apartment.

“I am angry and bitter,” Hillier told the British tabloid The Daily Mail. “He is a cheat and this is a total slap in the face. I’ve moved to the other side of the world to start a life with this man. I’ve spent so much time stressing over organizing our wedding so that it’s perfect.”

“I even flew my parents and sister out in February to hear the reading of our wedding banns and I’ve got everything ready for our ceremony at the beginning of April.”

The other man, identified as Nathan, is a mutual friend. The three had plans to travel to Rio for the weekend when the AirBnB told them they couldn’t bring Santos’ dog.

A Florida man was arrested and charged with disorderly conduct after climbing on top of a playground full of children and yelling about where babies come from.

A police officer said Otis Dawayne Ryan, 30, climbed to the top of the playground equipment at a park in Clearwater, Florida, Sunday afternoon and began shouting at the children, telling them "babies come out of women," according to court documents. 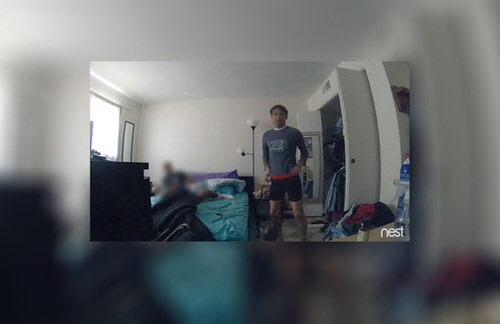 An internet meme that our president retweeted Thursday morning during an extended Twitter rant about the media and Mitch McConnell that involved multiple basic spelling errors.

Virtually no one thinks Trump has discouraged white supremacists

Why Joe Arpaio was found guilty

A North Carolina newspaper published a scathing, possibly plagiarized obituary of an 82-year-old great-grandmother that accused her of being a drug addict — enraging her relatives.

“Drugs were a major love in her life as June had no hobbies, made no contribution to society and rarely shared a kind word or deed in her life,” the June 27 obituary, published in the Cherokee Scout, says of Florida resident Cornelia June Rogers Miller.

“We speak for the majority of her family when we say her presence will not be missed by many, very few tears will be shed, and there will be no lamenting over her passing.”

A Tennessee teen’s graduation gift turned fatal for his girlfriend.

Brennan Fields accidentally shot girlfriend Lucinda Luna as he fiddled with a gun that her dad gave him as a present, authorities told local media.

Luna, 19, was rushed to a hospital Thursday night where she was later pronounced dead.

Chef killed and cooked his trans wife, then killed himself

An Australian man killed and cooked his trans wife before killing himself.

Marcus Volke, a 27-year-old chef from Brisbane, told workman Brad Coyne to ‘mind the smell’ when he called him to his flat, an inquest heard.

He had been called to Volke’s flat after an electrical fault in 2014.

The pot in which Volke was cooking the remains of his wife Mayang Prasetyo spilled onto the oven and cut its power.

When Coyne went to the flat and raised the alarm. The building managers then alerted police over the smell, which neighbors described as ‘rotting meat’.

Man sentenced after punching a transgender woman and pulling her hair 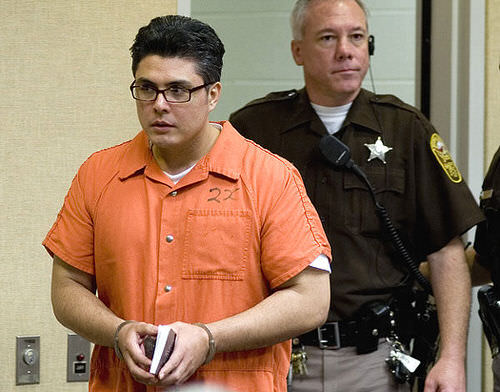 VIRGINIA BEACH, Va. -- A schizophrenic man who decapitated his young son will soon be released from a psychiatric hospital.

The Virginian-Pilot reports that Joseph Hagerman III of Virginia Beach could leave the facility by Wednesday.

A judge issued the release order Monday with several conditions. They require Hagerman to live at an adult foster care facility during the week and at his parents' house on weekends. Social workers and psychiatrists will routinely check up on him and make sure he takes his medication.

Hagerman decapitated his son Joshua in 2009. The father believed that he would save his son from the "Antichrist." Attorneys said Hagerman was suffering his third intense psychotic break when the crime occurred. Hagerman was later found not guilty by reason of insanity.

The paper reported Hagerman had not been taking his medication before the killing.