All Posts Tagged as 'Oops'

“The Drew Barrymore Show” is facing backlash after airing a wedding between a teacher and his alleged former physics student.

Neither “The Drew Barrymore Show” nor the newlywed couple have responded to allegations that their relationship began while Selina was underage.

'Why are you the only guy who shouts questions?' Biden loses it at CBS correspondent who asked if he'll help get more kids back to school after his COVID task force said classrooms are safe - then tells the press to leave

President-elect Joe Biden got testy with a CBS News reporter who asked him a question on Friday about his plan to get children back into classrooms during the COVID-19 pandemic.

‘In my Oval Office, mi casa, you casa,’ Biden, who turned 78 years old on Friday, is heard telling the senior Democratic Party leaders.

At that point, a Biden aide asked the assembled gaggle of reporters to leave as the photo op concluded.

'Why are you the only guy who shouts questions?'

“I understand the reason the Strictly bosses might do it is coming from a good place, but it does kind of muddy the waters for the judges,” he said.

“If you’ve got two partners who can do lifts and men’s bodies are different shapes, how would that work?”

“Oh God. This is entirely my own fault,” he wrote. “Ages ago gave a throwaway comment to a journalist. Clever clogs remembered and now look! So sorry.

Revealed: Woman, 20, with cerebral palsy was left in a body bag for more than TWO HOURS after being wrongly declared dead - as family lawyer says she is back in hospital in critical condition

The 20-year-old Michigan woman who was mistakenly declared dead after suffering a seizure at home had spent more than two hours zipped into a body bag before a mortuary embalmer found her breathing and looking at him, the family's lawyer revealed today.

Attorney Geoffrey Fieger held a news conference via video on Tuesday afternoon, telling reporters that Timesha Beauchamp remains in critical condition at Sinai-Grace Hospital, where she is on a respirator and her heart is beating on its own, more than 48 hours after she woke up inside a Detroit funeral home. 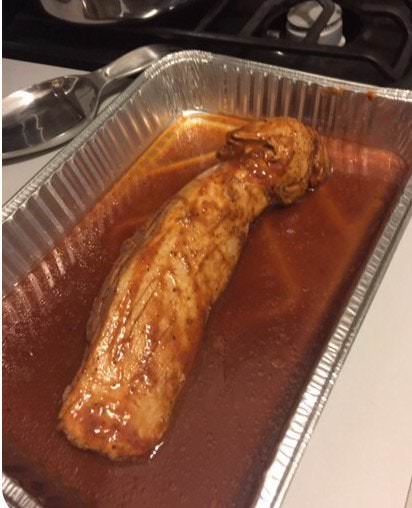 Comedian Randy Rainbow Apologizes for Past Racist and Transphobic Tweets

Rainbow wrote at least 20 tweets portraying Black people in a negative light, often generalizing that they were rowdy, dangerous criminals.

Rainbow also retweeted a tweet from rapper Kanye West in which he used the n-word, writing above it “U sound like my grandmother!”

Latinos were also referred to as lazy criminals. In one painful attempt at ironic humor, Rainbow wrote: “Thank god I’m not Mexican, or all this laziness of mine might elicit some offensive ethnic stereotyping. People can be cruel.”

Rainbow also made fun of Asian people, specifically pointing out their small stature, and even commenting on the size of their penises.

Comedian Randy Rainbow Apologizes for Past Racist and Transphobic Tweets

An NFL rookie got caught trying to pass off a woman as another football player in order to get her past the league's coronavirus lockdown protocols, so he got cut from the team.

Photo appears to show Jerry Falwell Jr. with zipper down and arm around a woman

“How is this Jerry Falwell Jr. photo even real?” tweeted Meghan McCain. “Also if you're running the largest Christian university in America maybe don't put photos of yourself on social media with your pants undone on a yacht - with random women in bad wigs. So gross, so hypocritical.”

Photo appears to show Jerry Falwell Jr. with zipper down and arm around a woman