Drill rapper M24 has sparked outrage, after he shared footage of himself defying lockdown rules to shoot a music video at an outdoor gathering on Saturday night.

The musician – a rising member of Brixton, south London, crew 150 – took to his Instagram account to upload clips of himself rapping to his latest track as a crowd surrounded him on a housing estate, clearly flouting social distancing rules.

Showing that they were aware of the risks of their actions amid the COVID-19 pandemic, a number of those featured in the clip were seeing sporting surgical masks as they danced and rapped along to his track in unison.

Woman spat, coughed on officers while claiming to have COVID-19, police allege

As more states order people to stay home as much as possible and close down commerce to prevent the spread of coronavirus, some states are making sure there’s an exemption for church services.

Countries all over the world have been grappling with temporarily suspending church services, which bring hundreds, even thousands, of people together in small spaces, often touching many of the same objects.

But the desire to slow the spread of the disease is butting up against reticence to ask religious people to make sacrifices in a time of crisis.

In Florida, a stay-at-home order set to go in effect tomorrow will allow people to leave their homes to exercise, take care of pets, and attend “religious services conducted in churches, synagogues, and houses of worship.”

At least 70 people infected with coronavirus linked to a single church in California, health officials say

“Twink for Trump” Lucian Wintrich talked to the New York Post about a “corona potluck” – a get-together he organized where he discouraged people from washing their hands – that he organized earlier this month.

Wintrich, who parlayed his notoriety from the group Twinks for Trump into a paid gig at the far-right website Gateway Pundit, said that the idea was inspired by “chickenpox parties” – where parents take their kids to deliberately infect them with the disease.

University that punishes students for being gay told kids to go to class during coronavirus. Now they’re really ill

THE HAMPTONS BEACHES FILLING UP ... Social Distancing Struggle Is Real!!!

Be a good Samaritan: N.Y. lawmaker calls out minister for anti-LGBTQ remarks

Woman Charged With Terrorist Threat After Coughing On $35,000 Worth Of Groceries

On its website, the FFPC says that its mission is to fight “radical LGBT activists” who want to “force all Americans to approve, support, and celebrate their lifestyle.”

On the call, Rubio discussed the $1.6 trillion stimulus bill that the Senate is working on to blunt the economic fallout from the global pandemic.

A pastor asked him if it would include money for churches.

“The package that I’ve been tasked with establishing… is open to nonprofits. Basically churches and other nonprofit groups,” Rubio responded.

Conservative preacher says gay marriage is to blame for coronavirus

“The ayatollah’s are seeking to eliminate homosexuality by pressuring or forcing gay men to undergo gender reassignment surgery to make them ‘women’.

"Some gay men agree to become trans women to protect themselves from prosecution and execution when they have sex with men.

"They don't want to be trans but fear being hanged if they don't transition.

“Iran’s policy of encouraging gender reassignment has nothing to do with supporting trans people.

Man set fire to a trans woman’s apartment: “Anyone who is a tr***y offends me”

New Catholic bishop: ‘Gayism’ is a ‘disease’ which has to be ‘cured’
The Pope’s new bishop Alfred Rotich also thinks gay sex should be illegal.

The Pope’s latest appointment as a bishop in Kenya, Alfred Rotich, believes gay people can be ‘cured’.

Rotich told tabloid newspaper The Nairobian: ‘To me, gayism is a disease in the sense that there is a malfunction in the orientation of the person.

‘A gay man, for instance, takes a look in the mirror and wants to convince himself that he is a woman housed in man’s structure.

‘Rehabilitation can cure the disease. What gays require from us is compassion. Immediately gayism manifests itself, the parents, counsellor or pastor of such an individual should note it and address it.’

The Pennsylvania attorney general's office reportedly is investigating whether the Jehovah's Witnesses repeatedly failed to report child sexual abuse allegations to authorities in what is believed to be the first wide-scale examination by a U.S. law enforcement agency.

The attorney general's office told USA TODAY it "cannot confirm or deny the existence of investigations."

Middle School Teacher Accused Of Sexually Abusing Teen At Her Home, Including While Her Own Child Was Present 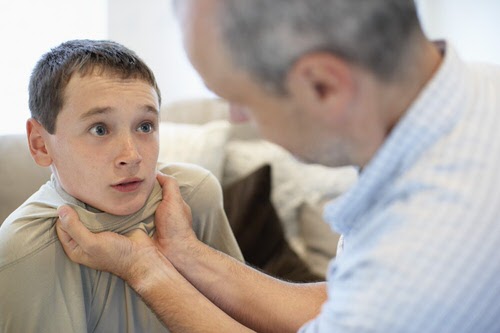 A devout Christian couple who believe being gay is a sin claim they were discriminated against over their religion.

Byron and Keira Hordyk, who are members of the Free Reformed Church of Baldivis, had their application to be foster parents denied by Wanslea Family Services.

The couple, who have their own children, took their claim to the Equal Opportunity Commission but were turned away as the commissioner who found the complaint lacked 'substance', WAToday reported.

Louisiana Man Convicted of Killing Trans Woman and Her Boyfriend

A Rhode Island priest is refusing to serve Holy Communion to state lawmakers who supported a pro-abortion bill.

In 2019, Democratic Gov. Gina Raimondo signed a bill preserving federal abortion protections into state law. According to U.S. News and World Report, the law says that Rhode Island will not restrict a woman's right to abortion "prior to fetal viability or afterward if an abortion is necessary for the health or life of the mother."

According to the Providence Journal, the Rev. Richard Bucci, 72, passed out flyers at West Warwick, Rhode Island's Sacred Heart Church publicly highlighting all state lawmakers who voted on a pro-abortion bill.

Bucci also said that these lawmakers will not be able to serve as marriage witnesses, godparents, or lectors at church-sponsored events.

Brian Stanley, 57, was arrested last August for a 2013 incident involving a minor in Otsego, Michigan. The boy’s parents wanted Stanley to counsel their son on his addiction issues, calling him a “spiritual adviser” for their son.

But the teen said that Stanley used the counseling sessions to get him into a janitor’s closet at St. Margaret Church and wrap him with bubble wrap and tape, including over his eyes and mouth.

Man Allegedly Abducts Teen In Daylight, Films Himself Raping Her, Then Tells Her God Will Forgive Him

Police in Oregon say a 26-year-old man posed as a high school-aged student on Snapchat and Instagram to lure in two young children he's accused of sexually abusing.

Beaverton resident Lafayette Castillo was indicted Friday, January 24 on charges including rape, attempted rape, sexual abuse and sodomy, the Washington County Sheriff's Office announced, according to The Associated Press. Beaverton is a city in Washington County just west of Portland.

Castillo is accused of using the social media platforms Snapchat and Instagram to pose as a teenage student so he could talk with children online, authorities said. He then allegedly arranged to meet two victims — aged 12 and 14 — and sexually assaulted them, Fox 12 Oregon reports.

Is this Catholic NFL owner trying to bury stories of child sexual abuse?

Church of England: Sex Is OK Only in Heterosexual Marriage

Sexual activity is only acceptable within the marriage of a man and a woman — so says a new document issued by the Church of England.

That’s not a new stance for the church, which is considered the mother church of the worldwide Anglican Communion, of which the much more liberal U.S. Episcopal Church is a member. But the Church of England is putting out the guidance because the British government has made civil partnerships, which are not quite equal to marriage, available to heterosexual couples, The Guardian reports.

A San Antonio gymnastics and cheerleading coach has been accused of sexually abusing his teen student — once while his own child was playing in the same room where the alleged assault took place.

Robert Thomas Kotara, 33, is facing a charge of sexual assault of a child after one of his longtime students, now 18, reported the coach had been regularly having sex with her since she was 16 years old, police said, according to the San Antonio Express-News.

The sexual abuse allegedly began when Kotara asked the 16-year-old to help supervise a sleepover at the cheer gym for other students, according to court documents obtained by KENS. But after the teen arrived at the gym, she told authorities Kotara asked her to accompany him on an errand and drove her to a hotel instead, where he allegedly plied her with alcohol and sexually assaulted her.