Would you give up having children to save the planet? Meet the couples who have

In the future, only the rich will be able to escape the unbearable heat from climate change. In Iraq, it’s already happening

At a time when European countries are enduring some of the highest temperatures ever recorded, and as extreme weather becomes more common, Baghdad offers a troubling glimpse into a future where only the wealthy are equipped to escape the effects of climate change.

How rich people could help save the planet from climate change 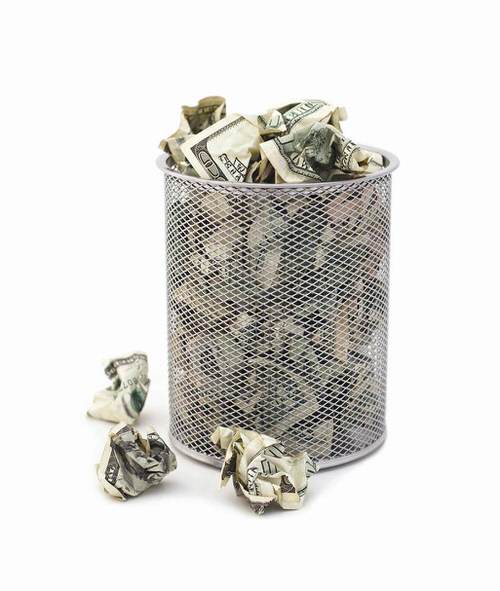 Rich people don't just have bigger bank balances and more lavish lifestyles than the rest of us -- they also have bigger carbon footprints.

The more stuff you own, and the more you travel, the more fossils fuels are burned, and the more greenhouse gases are emitted into the atmosphere.
Jetting around, buying luxury goods, keeping mansions warm and driving supercars -- they all have a carbon footprint.

But some argue that the wealthy can do the most to help fix the climate crisis. Here's how they could make a difference.

Henry’s Burgers & Cream is the kind of tiny local restaurant in a tiny Alabama town whose Facebook page is usually filled with updates about the daily specials (the fried popcorn shrimp plate seems to be a favorite), with good luck messages for the Brookwood Middle School football team, and frequent reminders to pre-order your party trays for Alabama football game days. Roll Tide, and all that.

On Wednesday, the Hatter family who run Henry’s posted an atypical update, ensuring everyone that they had issued a “heartfelt apology” to an irritated customer, and promising that “by God’s grace, [they] would to continue to please as many customers as possible.” And presumably, by God’s grace, none of their employees will call a customer a crazy bitch again, even if she does order a burger without cheese.

Staff at two senior care centers abandoned residents during an evacuation as wildfires swept through Northern California last October, state officials said Thursday as they moved to revoke licenses from the Santa Rosa facilities and their top administrators. Nobody in either facility died.

A Department of Social Services complaint says more than 20 people would have died when a dementia facility burned to the ground if family members and emergency responders hadn't evacuated them after all staff left. The investigation says night staff members at Villa Capri were not trained in emergency procedures and had never practiced a fire drill. They could not find keys to a bus that could have sped evacuations.

At least three residents were never evacuated from another facility, Varenna, and workers who found them the next morning lied about it, the investigation found.

Both care centers are owned by Oakmont Senior Living, which called the allegations unfounded.

Where Are All Of The Pro-Choice Men?

Abortion rights and reproductive freedom are in jeopardy like never before. The Trump administration has proposed radical cutbacks to Title X, the nation’s only federal grant for family planning services. And now, with the nomination of Judge Brett Kavanaugh to the Supreme Court, Roe v. Wade and the right to safe, legal abortion are in imminent danger. A recently leaked email revealed that Kavanaugh once disputed the description of Roe v. Wade as “settled law” and said it could be easily overruled.

The American people have not been silent in their opposition to Trump and his decidedly anti-abortion Supreme Court nominee. Protests and demonstrations have been ongoing since Kavanaugh’s confirmation hearings began on Tuesday. People are standing outside the hearing room holding signs or wearing T-shirts or “Handmaid’s Tale” costumes. Some are even interrupting the hearing itself.

But almost all of the protesters are women.

For the fourth year in a row, federal health officials report that there has been a sharp increase in sexually transmitted diseases in the U.S. The Centers for Disease Control and Prevention tallied nearly 2.3 million cases of chlamydia, gonorrhea and syphilis in 2017 — an increase of 200,000 cases over the previous year, and a record high.

Chlamydia, a bacterial infection, remained the most common sexually transmitted disease, with more than 1.7 million reported cases. But health officials are concerned that gonorrhea cases increased a startling 67 percent between 2013 and 2017, and syphilis climbed even faster — 76 percent over those four years.

After many years of success in controlling sexually transmitted diseases, "We've been sliding backwards," says Dr. Gail Bolan, director of the CDC's Division of STD Prevention. She spoke at a news conference in Washington Tuesday.