A disturbing case of bullying, or worse, was caught on camera sparking outage in San Francisco. All while police continue searching for the victim and his attackers.

A now viral video shows an Asian man collecting cans, being taunted and attacked in the Bayview District.

San Francisco police said they are actively investigating but are still trying to track down witnesses, the men responsible and the victim.

The girl was arrested in September 2019 at The Lucious and Emma Nixon Academy in Orlando. The school resource officer who was involved in her arrest was fired shortly after the incident.

Rapper Boosie Badazz says he was “refused” entry at a Planet Fitness in Georgia over transphobic comments he made about Dwyane Wade‘s daughter Zaya.

Boosie, 37, spoke out about the incident on Instagram Thursday, sharing a video, which shows him pulling out of the gym’s parking lot.

“Do not go to Planet Fitness, they racist. They haters. They just put me out Planet Fitness for what I said about Dwyane Wade son,” Boosie explained. “And they said I said in a video one of they employees was faggot or some shit… They got roaches in that bitch.”

New Catholic bishop: ‘Gayism’ is a ‘disease’ which has to be ‘cured’
The Pope’s new bishop Alfred Rotich also thinks gay sex should be illegal.

The Pope’s latest appointment as a bishop in Kenya, Alfred Rotich, believes gay people can be ‘cured’.

Rotich told tabloid newspaper The Nairobian: ‘To me, gayism is a disease in the sense that there is a malfunction in the orientation of the person.

‘A gay man, for instance, takes a look in the mirror and wants to convince himself that he is a woman housed in man’s structure.

‘Rehabilitation can cure the disease. What gays require from us is compassion. Immediately gayism manifests itself, the parents, counsellor or pastor of such an individual should note it and address it.’ 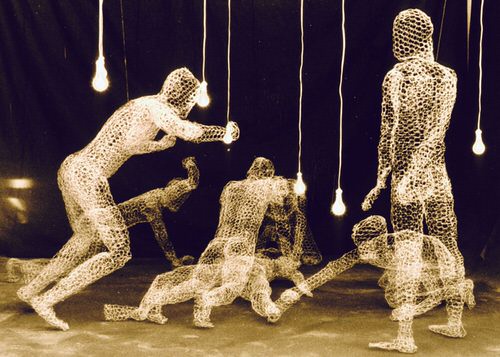 The #metoo movement has made talking about rape far less taboo, so why isn’t sexual violence being reduced? In honour of Sexual Abuse and Sexual Violence Awareness Week 2020, Lizzy Dening, founder of Survivor Stories, reports on the reasons why we're still shockingly at risk

It’s 2020 and we’re slowly getting better at talking about rape, thanks in part to initiatives like #metoo and the Million Women Rise march. But for every forward step, the statistics around sexual violence remain bleak – and things are actually getting worse.

It’s estimated that one in five women and 4% of men have experienced some type of sexual assault since the age of 16, with roughly 3.1% of women experiencing a sexual assault each year. Meanwhile, rape cases referred by police to the Crown Prosecution Service have fallen by 32%, and convictions have dropped by 21%, in the year leading up to September 2019. So what exactly is going on?

A 6-year-old child was allegedly grabbed by the neck and thrown to the floor by his own teacher in the middle of the day at school and now his family is demanding answers.

Monique Alexander says that her son, 6-year-old Chance Hill, can be a handful to take care of sometimes but that what allegedly happened to him at Butterfield Ranch Elementary School in Chino Hills, California, at the hands of his own teacher is unacceptable.

"The principal called me, around 2:30 (p.m.), and said your son was physically assaulted by a teacher, and another one of the teacher's peers witnessed it," Alexander told ABC News’ Los Angeles station KABC during an interview.

Parents of students at a St. Louis elementary school are calling for greater cultural sensitivity after a fifth-grade teacher handed out an assignment asking students to “set a price for your slave.”

The teacher at Blades Elementary School has been placed on paid administrative leave amid outrage over the assignment, which was meant to teach students about market practices, a spokeswoman for the Mehlville School District Superintendent confirms to PEOPLE.

The prompt went viral on Facebook after it was shared by Lee Hart, who said her friend’s child had brought the assignment home from school.

Homelessness among LGBT youth in the United States

Since kids are falling by the wayside, we should consider nixing celebrations of women who claim they can do it all. 24-Oct-2019

Ellen and Science Confirm: Rich People Only Care About Themselves

Surprised that Ellen DeGeneres was seen yukking it up with George W. Bush at a football game last weekend? Don’t be! Rich people love hanging out with other rich people. So, since Ellen’s a multimillionaire, the 43rd President of the United States is a multimillionaire, and Charlotte Jones Anderson—the Dallas Cowboys’ Executive Vice President who invited both of them to Sunday’s game—is a multimillionaire, it actually all makes perfect sense that they’d all want to socialize together.

Still, it is confusing to think about how DeGeneres, one of the nation’s foremost openly gay celebrities would, could look past Bush’s years of using the bully pulpit to advocate against LGBTQ rights—not to mention, uhhhh, the unnecessary wars he started in Iraq and Afghanistan, which have killed millions of people and traumatized countless others.

Ellen tried to explain away the cognitive dissonance of all this on her talk show Monday morning, saying that “just because I don’t agree with someone on everything doesn’t mean that I’m not going to be friends with them.” But disagreeing about the Bush administration’s ongoing legacy of global violence against Muslim people seems like more than just a difference of opinion.

Does Ellen not understand why people are disgusted by that video of her and W. palling around at the football game? Does she just not care?

(Paul continues on with the observation that "the love of money is the root of all evil." 1 Timothy 6:10 Miller emphasizes that "it is the love of money that is the obstacle to faith, not the money itself." Jesus looked around and said to his disciples, "How hard it is for the rich to enter the kingdom of God!")

Are the rich more selfish than the rest of us?