Would you give up having children to save the planet? Meet the couples who have 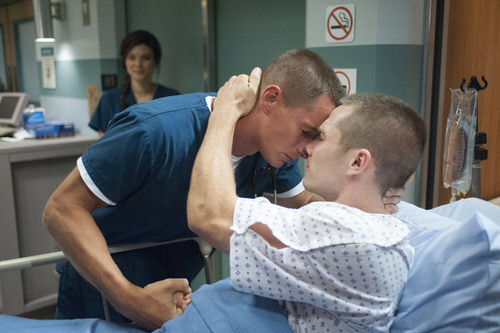 A 2019 study published in the Journal of Clinical Oncology sheds some light on this epidemic. Researchers from the Moffitt Cancer Center and Research Institute and New York University’s School of Medicine found that fewer than 40% of the 450 oncologists surveyed in cancer centers across the country said they were adequately equipped or informed to treat a cancer patient who identifies as LGBTQ+. 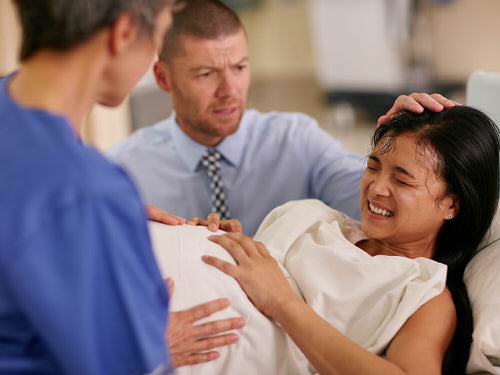 A few weekends ago, like many Americans, we thought about the mothers in our lives. We reflected on the milestones and the sacrifices. And with some measure of guilt, we thought about how it can be so easy to take our mothers for granted. Perhaps this is why experts are just beginning to notice that motherhood in the United States has become riskier and costlier today than it was a generation ago.

American women today are 50 percent more likely to die in childbirth than their mothers — risks that are three to four times higher for black women than white women. For every death, hundreds of women experience childbirth complications that bring them to the brink, and tens of thousands more suffer from preventable and under-treated chronic illnesses. Despite advances in modern medicine, the wellbeing of our nations mothers has been steadily getting worse as access to reproductive health care services has eroded. 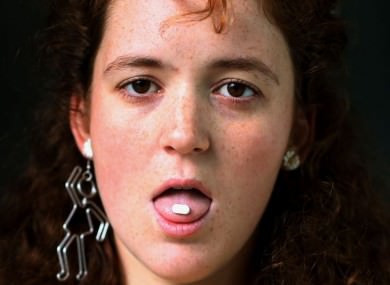 The California state Senate passed a piece of legislation on Monday that would require its public university systems — the University of California and California State University — to offer students access to abortion pills at no cost in the early weeks of pregnancy. The initiative would be made possible through privately-funded grants and insurance coverage.


The bill, Senate Bill 24, the College Student Right to Access Act, mandates that student health services clinics at all 34 public university campuses in California provide women access to "abortion by medication techniques" in early pregnancy, according to the bill's text. If passed, the legislation would give $200,000 to each student health center to pay for necessary training and equipment, and an additional $200,000 to set up a 24-hour hotline. The service would come at no cost to the woman seeking an abortion.

"We're going to expand access because that's what we do in California: we lead," said Sen. Connie Leyva, the bill's primary sponsor, in a telephone interview with CBS News on Tuesday. Senate analysis of the proposal notes that according to the National Institutes of Health, "ending a pregnancy with medications is an option for women who are less than ten weeks pregnant and would like to have an abortion at home with a less invasive procedure."

Lipslut Is Donating Its Proceeds To Organizations Supporting Reproductive Rights

‘We’re not going to have this’: Nationwide protests of extreme abortion bans draw thousands 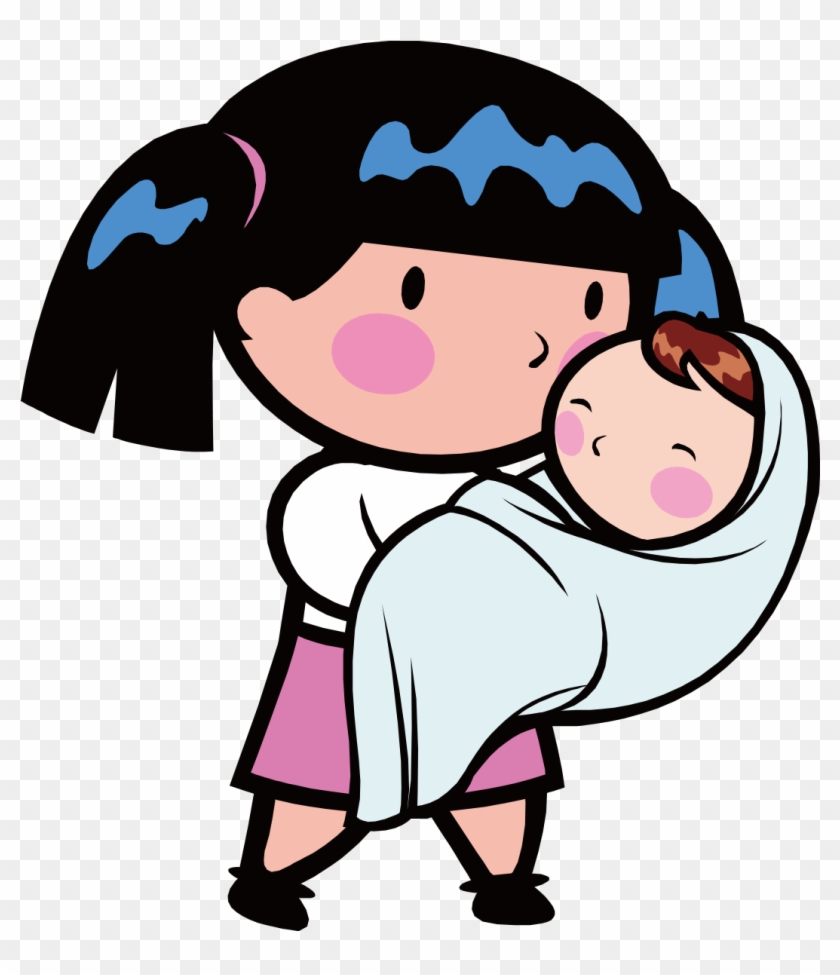 SAN MIGUEL DE TUCUMÁN, Argentina — Lucía sat up in her hospital bed as the priest made the sign of the cross on her forehead, the 11-year-old’s bulging belly visible underneath her pajama shirt.

“Think long and hard about what you’re considering doing,” Lucía’s mother remembered the priest telling them. “Save both lives,” he said.

Lucía wasn’t sure what the priest was talking about. She only knew her grandmother’s partner had done something bad to her and now she had a terrible stomachache.

The priest was just one of a constant stream of people, including government officials, who came to the hospital in February to coerce Lucía into giving birth. But Lucía, who still had some of her baby teeth, only had one thing on her mind as she begged the adults around her in between crying fits: Take out the thing the old man put in me. 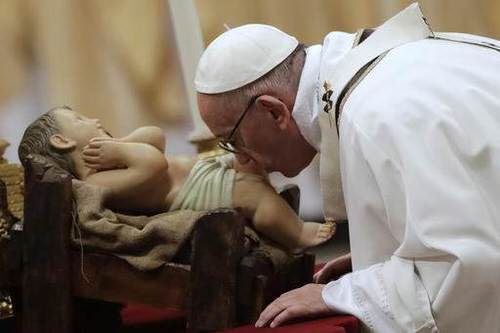 You would think that the crisis over clerical abuse roiling the Catholic Church for the past few years would be an “all hands on deck” moment in terms of the resources and attention of the Catholic hierarchy. You would also think that given the revelations about predatory behavior reaching to the very highest levels of the United States Conference of Catholic Bishops and the systemic misogyny of the church’s leadership, which last week prompted the entire staff of the Vatican women’s magazine to resign, the hierarchy might back down on its insistence that contraception and abortion were to blame for many of society’s ills and turn its attention inward.

You would be wrong.

Apparently the Catholic hierarchy still has time to find ways to attempt to undercut access to birth control and abortion. As the New York Times reported last Friday, the Trump administration is funneling $5.1 million in federal Title X family planning funding to a Southern California-based chain of faith-based anti-choice medical clinics called Obria. Obria is the more millennial-friendly name given to the former Birth Choice crisis pregnancy centers founded by Kathleen Eaton Bravo, a Catholic woman who pioneered the idea of creating a “medical model” corporate-sounding anti-abortion clinic to siphon money away from Planned Parenthood.

The Obria clinics keep the features of crisis pregnancy centers, including the lure of free or low-cost pregnancy testing and ultrasounds, which lure women with unintended pregnancy in the door to hear a pitch about the horrors and dangers of abortion, but add just enough primary care services—STD testing, prenatal care, and well-women visits—to qualify for Medicaid and some private insurance reimbursement, and now, with the aid of the Trump administration, actual Title X family planning funding.

It’s Becoming More Evident: The Stress of Racism Is Killing Our Babies...and Us 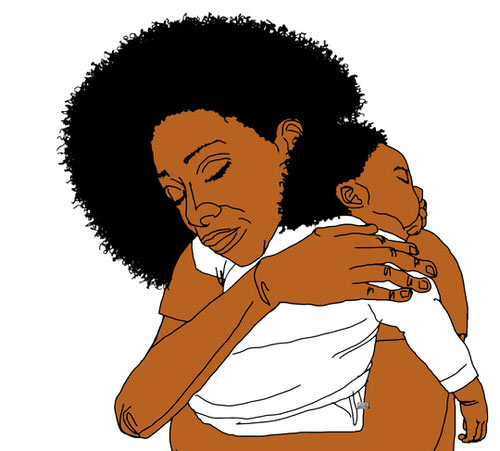 If A=B, and B=C, does A=C? Well, not always, but in the case of stress, racism and preterm birth, one researcher thinks there’s a definitive case to be made.

The jarring statistics are already out there: African-American women are three to four times more likely to experience a pregnancy-related death than white women. Additionally, African-American women are nearly twice as likely to give birth prematurely as white women, which leads to low birth weight, believed to be responsible for nearly 20 percent of infant deaths. Finally, black infants are twice as likely to die as white babies in the United States.

AMERICA’S MOTHERS ARE ISOLATED, ANXIOUS, AND DEPRESSED—HERE’S WHY 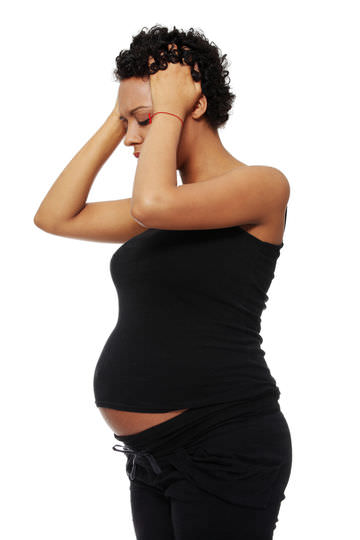 New Jersey-based magazine editor Jenny Jones (at her request, we’re using a pseudonym) had the perfect pregnancy. “I was super healthy, I worked out four to five times a week, I felt great,” she tells me. The 32-year-old, established in her career and marriage, felt ready to welcome her new baby girl into her life. “Everything was falling into place,” she says.

Then, she gave birth, and everything fell out of place. Nothing went according to her expectations, beginning with the actual delivery and how exhausted (to put it mildly) she found herself in its aftermath. “I emerged from the hospital feeling like I had been in an underground bunker for a year fighting a war,” she says. Things didn’t get easier from there. Jones struggled with a continued sleep deficit, a constant feeling of overwhelm, and physical pain. Really struggled. “I woke up on day four and was like, ‘The way I’m feeling isn’t normal.’ So, I dragged my husband to my OB and just cried. I was like, ‘I can’t do this. I just want to run away. This is not my life.’”

Three Children, Two Abortions
What a woman chooses to do with her body should not be up for debate in 2018.

Abortion should be as inalienable a right as life, liberty, and the pursuit of happiness. Supreme Court justices should not be chosen for their opposition to Roe v. Wade. And our country should be pouring its considerable energy and resources into creating the kind of infrastructure that supports the lives of actual babies, once they’re born: universal health care, paid parental leave, subsidized daycare, proper sex education, affordable college, affordable birth control, and easier access to that birth control to keep unwanted pregnancies from happening in the first place (should the women who are lucky enough to get their hands on it have better luck than I did in the game of birth-control roulette).

Who Gets Legal Abortions in America? Mothers.