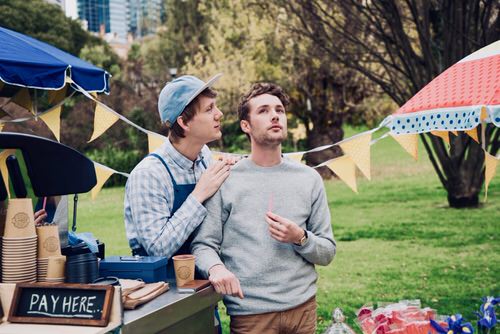 It handled mental health adroitly and it came to a poignantly devastating conclusion. I liked it...a lot. 25-Nov-2019
S3E10. The Christmas episode was a self-awareness revelation. 23-Nov-2019
S3E8. I understand its title, I celebrate how organically and flawed we appear and the icy intent is as sweet as a treat. They are years ahead of us because they are recording us as we live, not how we demanded it to be. 22-Nov-2019
Mamas bless it. 23-Oct-2019
We are discomforted because depictions of reality are. It's not the lab where Chris, Nicole and Hugh were created but it's where life lives. 19-Oct-2019

It's "the" gay teen romp of our time. Its balls are huge, the introspections are clear and the voices are true. It feels like home because it doesn't pander to us and its funny. 14-Jun-2018