The victim's mom, Stephanie Hagler, tells TMZ ... she hopes once Moore's arrested, nobody posts his bail. In a perfect world, Moore wouldn't get bail. That being said, she says, "I appreciate the police department for taking the case so seriously, and I know my son appreciates it too. I don't think I will feel any relief until he is arrested. As of now it's just words on paper there hasn't been any real consequence."

The man who shot the video, Micheal Curry, tells us Moore MUST be arrested because "anyone who's willing to hit a kid like that, there's no telling what they're going to do next."

The scumbag who sucker punched a 12-year-old boy dancing on a sidewalk has been charged with 2 felonies, but cops are still searching for him.

Ala. Detective Had Restraining Order Against Ex Who’s Now Accused of Fatally Shooting Her

SEE IT: Gunman opens fire at rival as child scrambles to get inside Brooklyn NYCHA apartment building

EXCLUSIVE: Black man who was put in a chokehold by a New York cop is arrested and charged with a hate crime for attacking a gay couple with a box cutter, spewing homophobic slurs at them and trying to snatch their Vuitton bag

Mayor Lightfoot calls violence against the city’s children personal, as one person is charged in weekend shooting death of 7-year-old girl

Mayor Lori Lightfoot on Monday said she wants “all of us to feel this loss” after another weekend of violence in Chicago yet again took a toll on the city’s children, including the killing of a 7-year-old girl.

Lightfoot said she outlined an “all hands on deck” strategy on Thursday to head off another weekend of bloodshed, a plan that included police and street outreach groups. And yet, “we still saw a four-day weekend of 87 Chicagoans shot, 17 Chicagoans killed, and two of them children. Our children,” the mayor said at a news briefing.

Girl, 13, dies after violent carjacking of family van with 4 kids inside

Aaron Glee has been charged with murders of Oluwatoyin Salau and Vicki Sims in Florida. He 'would have killed again,' experts say.

A Catholic priest in North Carolina will remain on administrative leave after allegations of sexual abuse against him were revealed last year, the Charlotte diocese's bishop said.

Bishop Peter Jugis made the announcement to St. Matthew parishioners in a letter Wednesday, writing that he had accepted the recommendation of the diocese’s Lay Review Board to keep the Rev. Patrick Hoare out of ministry, The Charlotte Observer reported.

Hoare was originally put on administrative leave in December after the diocese received “an allegation against him of child sexual abuse that was said to have occurred in Pennsylvania more than 25 years ago, before Father Hoare entered ministry” the Charlotte Observer quoted Jugis as writing.

Child marriage is "extremely prevalent" in U.S.: "The cycle perpetuates across generations"

Tragedy of the teen killed by CHOP security revealed: Homeless 16-year-old's friend reveals he drove the stolen Jeep into the 'cop-free' zone for safety and then told her on the phone: 'I don't want to die'

The 16-year-old boy who was shot dead by CHOP security in Seattle was homeless and had just carjacked a Jeep when he was told by a friend to drive to the cop-free zone 'for safety', DailyMail.com can reveal.

Antonio Mays Jr died in a hail of bullets in the early hours of Monday morning and his passenger, a 14-year-old, was critically injured after armed security guards fired on their white Jeep Cherokee, which crashed into the barriers of the Capitol Hill Organized Protest (CHOP) security zone.

Ciara Walker, 25, described the two boys as her 'street brothers' and said Mays Jr and the other teen had been living with her and her husband in a tent at the nearby Cal Anderson Park, located just outside the CHOP zone.

Walker revealed she was on the phone with the boys when they were shot, saying: 'The last thing I heard was a crash and pop pop pop, I’m not sure who said what, but one of them said, '''Ah s**t I’m hit, I don’t wanna die.'' Then the phone went dead.'

Shortly before midnight, New York City police responded to a shooting in the Bronx where they discovered 17-year-old Brandon Hendricks suffering from a gunshot wound to the neck, the NYPD confirms.

Hendricks was transported to Saint Barnabas Hospital, where he was pronounced dead from his injuries, according to the NYPD's statement.

Hendricks graduated from James Monroe High School last week and was a star on the school's basketball team.

How Dollar Stores Became Magnets for Crime and Killing

Despite lockdown orders, murder rates are rising in cities across America

The Police Executive Research Forum examined data on crime in 30 US cities for the period from March 16 to April 12. The law enforcement think tank found that murders increased in nine cities over the same four-week period last year.

Often "the victims and suspects knew or likely knew each other, or had been engaged in some type of dispute," Metropolitan Nashville Police Department spokesperson Don Aaron told Insider.

Cities not included in the study have also seen spikes.

Inside the twisted world of ‘rapist’ designer Peter Nygard: book

Peter Nygard, the flamboyant Canadian fashion mogul, built a nearly billion-dollar fortune hawking slacks and blouses at Sears, Walmart and his own store in Times Square. Known as a hard-partying Peter Pan, the man Forbes dubbed “The Polyester Phenom” was often surrounded by young women and threw legendary parties at his homes in the Bahamas and Los Angeles.

But it all came to a halt in February when the FBI raided Nygard’s Manhattan office. The bust came just a week after 10 unidentified women filed a federal lawsuit accusing the 78-year-old of a “decades-long sex-trafficking scheme” in which he “recruited, lured, and enticed young, impressionable and often impoverished children and women, with cash payments and false promises of lucrative modeling opportunities” — only to, allegedly, sexually assault and rape them. On April 22, 36 more women joined a class-action complaint against Nygard.

For generations, LGBTQ people around the globe have suffered the repressive isolation that comes from living in the closet. Locked away we were afraid to live our full and authentic lives, we held captive our innermost emotions and desires, and we feared the repercussions of coming out.

Today, one-third of the world’s population is under some form of lockdown; the consequences of coming out are just too severe. A certain degree of loneliness, desperation, and anxiety has become many of our realities. You just wish you could embrace the one you love after being denied for six weeks, try waiting 10-plus years. Quarantine is a closet that we now all share.

Today we are all in the same boat. And still today, LGBTQ people are disproportionally affected. If COVID-19 was the Titanic, LGBTQ people would be on the lower decks. The LGBTQ community has a higher percentage of underlying medical conditions among its population. LGBTQ people are more likely to live in poverty and lack access to adequate healthcare, medical leave and other basic necessities. The LGBTQ population uses tobacco 50 percent more than the general population, which could makes one’s prognosis considerably worse. To add insult to injury, LGBTQ people continue to face discrimination in many healthcare settings across the country.

We are seeing a surge of vulnerability to violence amid pandemic: NGO CEO 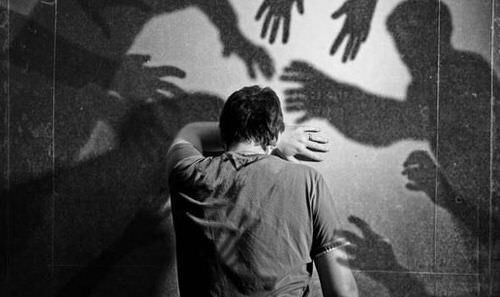