A racist, Islamaphobic, homophobic teen threatened to shoot up YouTube headquarters after the company terminated her account for posting a hateful, anti-LGBTQ screed in late July, according to Business Insider.

Responding to YouTube’s removal of her account last week for violating its three strikes in 90 days rule, 14-year-old Soph tweeted a picture of an assault rifle with the caption, “youtube headquarters here I come.” She later deleted the tweet saying that it was a joke.

The video that finally led to her removal from the site was entitled “Pride and Prejudice.” In it, she wore a short-haired wig and a t-shirt intended to be ironic.

“Unfortunately, as you know, last month was Pride, which meant we all had to endure 30-days of AIDS-carrying pedophile victims patting themselves on their backs for their lifestyles,” Soph said in the video. “I had an especially hard time considering that I live in California where there was a puddle of diseased load waiting for me whenever I dared to step out of my house.”

An anti-LGBTQ hate group took to the steps of the U.S. Supreme Court on Wednesday to call for marriage equality to be overturned and promised to challenge the Equality Act in court.

At a rally featuring supposed ex-gay and ex-trans speakers, Americans for Truth About Homosexuality founder Peter LaBarbera stood in front of a rainbow-colored sign calling for justices to “Repeal Obergefell.”

“Four years ago today, the Supreme Court of the United States imposed homosexual so-called ‘marriage’ on the nation,” LaBarbera said. “The Supreme Court did something that it did not have the authority to do, which is to redefine marriage. This tragic ruling is immoral, unconstitutional, and imperious.”

The Right-Wing Is Weaponizing Gender Panic

The Trump Administration’s leaked gender memo, the recent transgender military ban, and the expansion of the global gag rule aren’t coincidences. They are part of a well-coordinated, funded global movement designed to control our communities by restricting the rights and bodily autonomy of women, LGBTQI communities, and people of color — eerily reminiscent of Reagan era oppressive tactics.

For LGBTQI communities, this kind of backlash is not new. At the height of the AIDS epidemic, the Reagan administration demonized our communities, as did right-wing forces around the world, spreading the false notion of the "gay plague" and blaming men who have sex with men for the transmission of the HIV virus. LGBT people were denied equal access to healthcare, faced intense violence, were stigmatized, stripped of basic rights, and often forced into the shadows. But we fought back.

Today, we know the far-right are sewing those same seeds of paranoia, creating gender panic with the use of an intentionally ambiguous organizing framework termed "gender ideology"by some and "anti-gender ideology" by others. Originating in the 1990s, gender ideology is a construct that depicts efforts to expand rights for women, LGBTQI people, and people of color, as radical, dangerous, and elitist, arguing that we are a threat to traditional family values.

The Philadelphia Police Department has pulled 72 officers off their regular duties as authorities investigate inflammatory social media posts revealed in a database that found thousands of offensive postings by current and former officers, the city's police commissioner said Wednesday.

Police officials in Philadelphia are describing the action as the largest removal of officers from the street in recent memory.

"We are equally as disgusted by many of the posts that you saw and in many cases, the rest of the nation saw," said Philadelphia Police Commissioner Richard Ross.

It is the latest fallout since the advocacy group The Plain View Project earlier this month released thousands of Facebook posts and comments by current and former police officers that range from racist memes, to posts celebrating violence and messages containing Islamophobic themes, among other offensive material.

Since the data dump, internal affairs officials in police departments including Phoenix, St. Louis and Dallas are probing whether the distasteful and sometimes violent material should warrant disciplinary action or terminations. 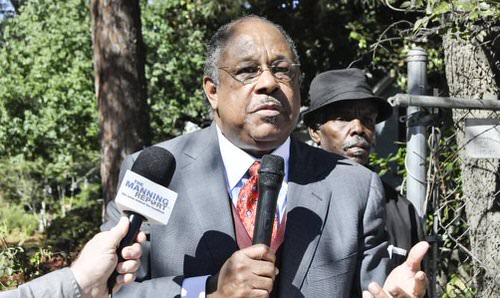 A Christian school in Harlem has been feeding students rabid homophobia for years.

The Atlah World Missionary Church is run by Pastor James Manning, who is best known for some of his appearances on The Daily Show where he claimed that Barack Obama was “Hitler” and that Starbucks puts “gay semen” in its lattes.

The church is listed as an anti-LGBTQ hate group by the Southern Poverty Law Center.

Popular Gay Bar DJ Brutally Attacked, But Can’t Remember Any of It: WATCH 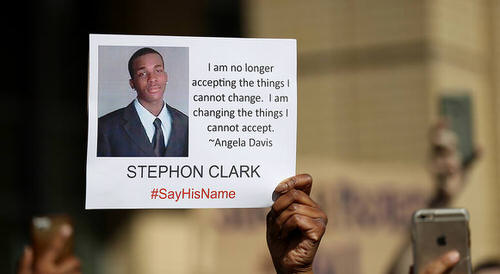 Sacramento police arrested 84 people Monday night, including journalists, during a protest over the district attorney’s decision not to charge two officers who in March 2018 shot Stephon Clark, a black man holding a cellphone.

Among those arrested for refusal to disperse were local clergy members who had worked with the city for nearly a year to prevent tense protests like those that overtook the city following the shooting. Those protests ended up closing a freeway and blocking access to an NBA game. 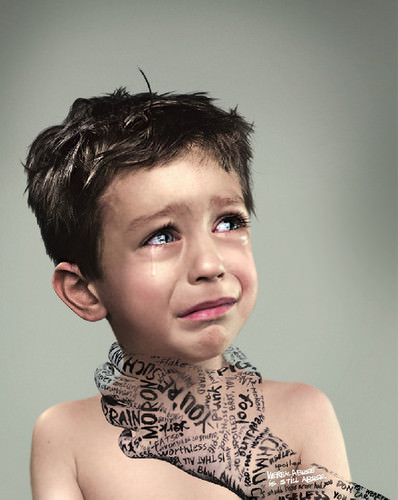 Staff members at a Phoenix-area shelter for unaccompanied migrant children physically abused three children, leading to the closure of the shelter, federal officials said. It was the latest in a series of incidents of alleged abuse involving staff members at shelters and children.

Southwest Key’s Hacienda del Sol shelter was shut down last Friday, but federal officials did not reveal the reason behind the closure until Tuesday.

The Texas-based federal contractor has fired the staffers involved in the Sept. 18 incident, the U.S. Department of Health and Human Services said in a statement.

Weeks-Old Baby Dies After Being Stolen by Abusive Dad, Who Took Him After Mom Fled Relationship