CVS Is Reportedly a Major Donor to Trump’s 2020 Campaign

If you canceled your Equinox membership over revelations one of its executives hosted a Trump fundraiser, you may want to reconsider your next CVS visit.

The hashtag #BoycottCVS began trending on Thursday following news the company plans to cut reimbursements for women who receive birth control through the mail, which led to swift condemnations from groups like NARAL Pro-Choice America.

Oddly enough, that might not be the only reason for CVS customers to join the campaign. CVS Health Corp. is allegedly one of the largest donors to the president’s reelection campaign. The report was originally published in the Wall Street Journal in February 2018, and the Federal Election Commission website shows they gave $35,000 to the Trump Victory PAC.

Vatican Rejects Notion That Gender Identity Can Be Fluid 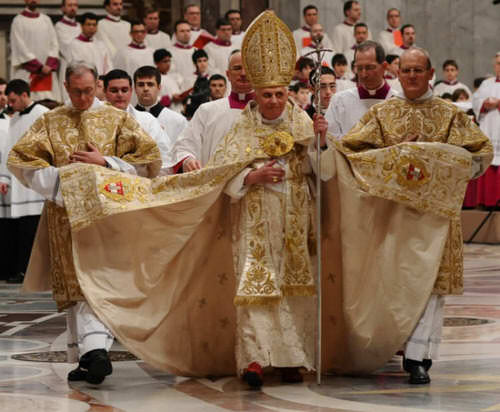 The Vatican on Monday flatly rejected what it cast as the notion that individuals can choose their gender, releasing its first extensive document on the issue as Western countries are increasingly wrestling with the social and legal implications of more fluid definitions of identity.

The document, issued by the Vatican department overseeing Catholic education, echoed past statements by Pope Francis. It argued that acceptance of flexible ideas of gender posed a threat to traditional families and ignored the natural differences between men and women.

It lamented “calls for public recognition of the right to choose one’s gender, and of a plurality of new types of unions, in direct contradiction of the model of marriage as being between one man and one woman, which is portrayed as a vestige of patriarchal societies.”