FOSSIL CORALS SUGGEST A MASS EXTINCTION IS ON THE WAY: 'IT'S LIKE A SLOW-MOTION CAR CRASH'

If those who don't know history are destined to repeat it, then we should pay close attention to the last time that life on Earth almost ended. That's according to a team of scientists who have found compelling evidence that another mass extinction is underway.

At first glance, their work might seem obscure, meant only for other specialists. It involved comparing modern corals to their ancient counterparts. But like an urgent encrypted message from the past, the data revealed eerie parallels between the fate of today's species and those that disappeared with the dinosaurs.

"When we finally put all this together and saw the result, for me it was that moment when the hair on the back of your neck stands up," said marine biologist David Gruber, of The City University of New York. "It was like, Oh my goodness, [the corals] are doing exactly what they did back then."

Some creatures are particularly well suited to withstand harsh conditions. Jellyfish polyps can go into a cyst phase and endure for years without food. Tardigrades can dry out completely, then revive with a drop of water. Humans are not as flexible. "Even though we think we're so strong and resilient, we're actually very delicate compared to other species," Gruber said.

Bananas could go extinct due to a deadly fungus 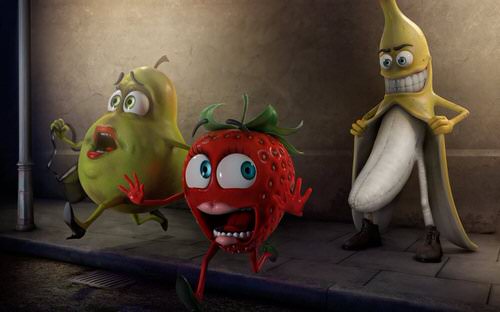 A deadly fungus is spreading from Southeast Asia and wiping out whole plantations of America's favorite fruit: the banana. The tropical fruit's popularity is thanks to a few pioneering entrepreneurs, who founded Chiquita under a different name over a century ago. Now, the business they built is at risk of decimation if the fungus reaches Latin America...

CATS SHOULD BE KILLED TO SAVE EARTH'S MOST ENDANGERED SPECIES FROM EXTINCTION, SCIENTISTS SAY

Animals such as feral cats and dogs should be culled from islands around the world to save their prey from extinction, according to conservationists.

Eradicating creatures like rats, mongooses, pigs, and goats from 169 islands could save some 9.4 percent of the planet’s most-threatened animals, argue the authors of a study published in the journal PLOS One.

The world’s 465,000 islands only take up around 5.3 percent of land on Earth, yet they are home to 75 percent of known extinctions of bird, mammal, amphibian and reptile extinctions since 1500, the authors highlighted. Now, 36 percent of the world’s critically endangered species live on these pieces of land.

To arrive at their conclusion, the researchers looked at data on 1,184 highly threatened native vertebrates, as identified as critically endangered or endangered on the IUCN Red List, and 184 non-native mammals that live on 1,279 islands across the world.

Using this data, they created a list of 292 islands whose native animals would benefit from culling invasive mammals. Of these islands, the researchers highlighted 107 across 34 countries where eradication could start as soon as 2020.