'Wonderful' Michigan Girl, 9, Is Mauled to Death by 3 Dogs, and Pet Owner Is Arrested

A 9-year-old girl riding her bike near her family’s Detroit home died after an attack by three pit pulls Monday afternoon, after the girl’s father said he’d warned the dogs’ owner that his fence was too flimsy to hold back the animals.

“We had an argument about it just last week and he just didn’t take care of his dogs properly. He could have prevented this,” the father, Armando Hernandez, told Detroit radio station WWJ.

The girl, Emma Valentina Hernandez, was taken to Children’s Hospital of Michigan and died from her injuries in what the Wayne County medical examiner ruled was an accident, reports The Detroit News. 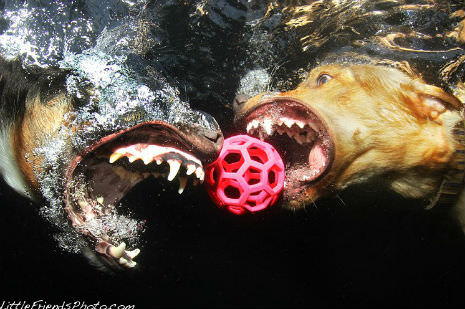 Several police officers were hospitalized after they were attacked by a pack of dogs in Dalkeith, Scotland, on Thursday morning.

The officers responded to the scene after receiving reports of a domestic fight between a man and a woman. The man was taken into custody after he attacked and punched one of the officers. The woman, who had suffered multiple dog bites, was taken to the ambulance. However, she escaped, return to the apartment and unleash the three dogs. She was later caught and taken to a hospital. It was not clear why she tried to escape.

'They tore my muscles as if I was their prey': Dog attack survivor wants owners held responsible

Man Kills Pet Dog For 'Following Him Around'