All Posts Tagged as 'Responsibility' 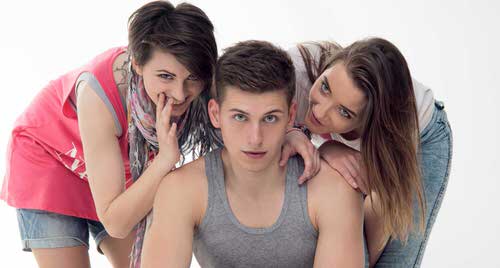 Boys are watching a lot of pornography.

Consent is the bare minimum.

Boys must be empowered with the emotional strength it takes to endure being alone.

The narrative of the “good guy” can get in the way of moral growth.

Boys are growing into men they don’t want to be, and this unleashes untold harm in the world. Though it is often awkward and difficult to talk about sex with boys in school, having these conversations can help prevent a great deal of cruelty and unhappiness. We must create school cultures that allow us to have the types of conversations that will help usher in the type of future our boys need if they are going to grow into morally responsible men. 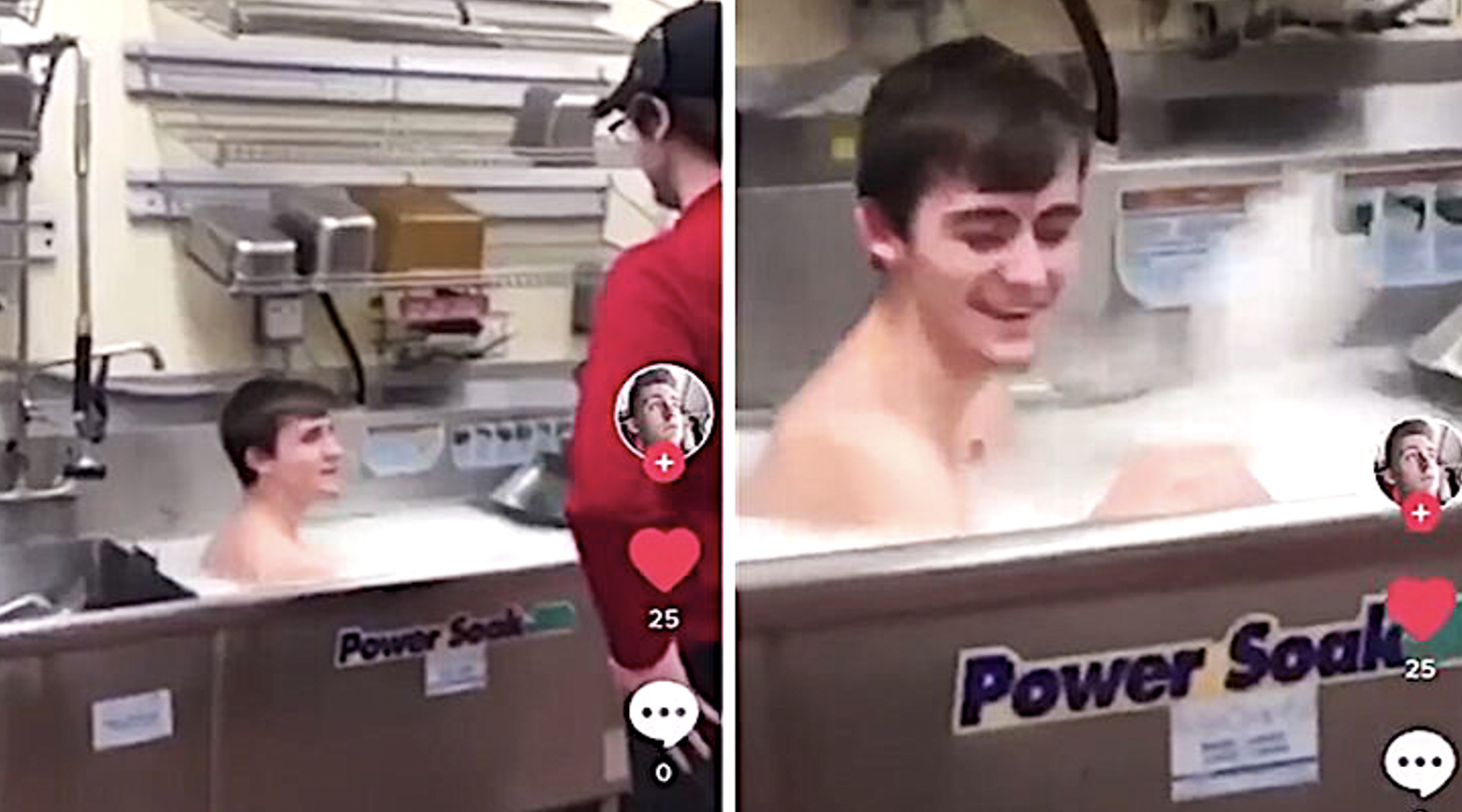 A Florida man's viral "prank" has cost him his job.

Earlier this week, a Facebook user shared a video of an unidentified young man taking a bath in a Wendy's kitchen. The clip shows the individual stripping down to his shorts, and hopping into the sud-filled sink as uniformed employees watch and egg him on.

Meet The Man Who Thinks Humans Should Go Extinct

NASA has found it to be ‘extremely likely’ that the cause of climate change is down to human activity – our current carbon dioxide concentration levels stand at 412 parts per million which is an increase of over 45% on pre-industrial levels.

Due to this, Les believes the best thing we can do for the planet is ‘live long and die out’, which is the movement’s motto.

It’s evident humans are the leading cause of climate change. According to Les, it would take the Earth 3-10 million years to recover from our actions.

Because of this, Les feels humans should die out so the earth can begin to restore itself, and to do that, we need to stop procreating.

Wherever we go, extinctions occur and we [humans] are causing the sixth mass extinction. We may not be able to stop that from happening, but the sooner we go extinct and the more species that are left – the pasture and the biosphere can return to biodiversity. But a huge 64 per cent admit they’ve pretended to enjoy sex more than they actually were to please their partner - and a tenth admit they don’t disclose their sexual history because they were afraid the number was too high, according to the OnePoll figures. 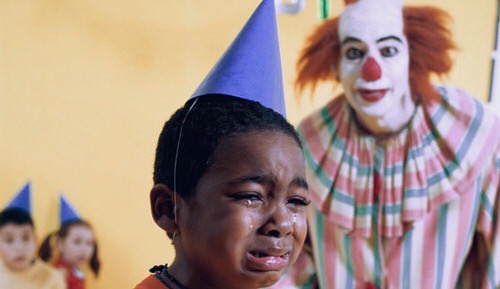 Mom who used to judge stay-at-home parents says, 'I get it now' 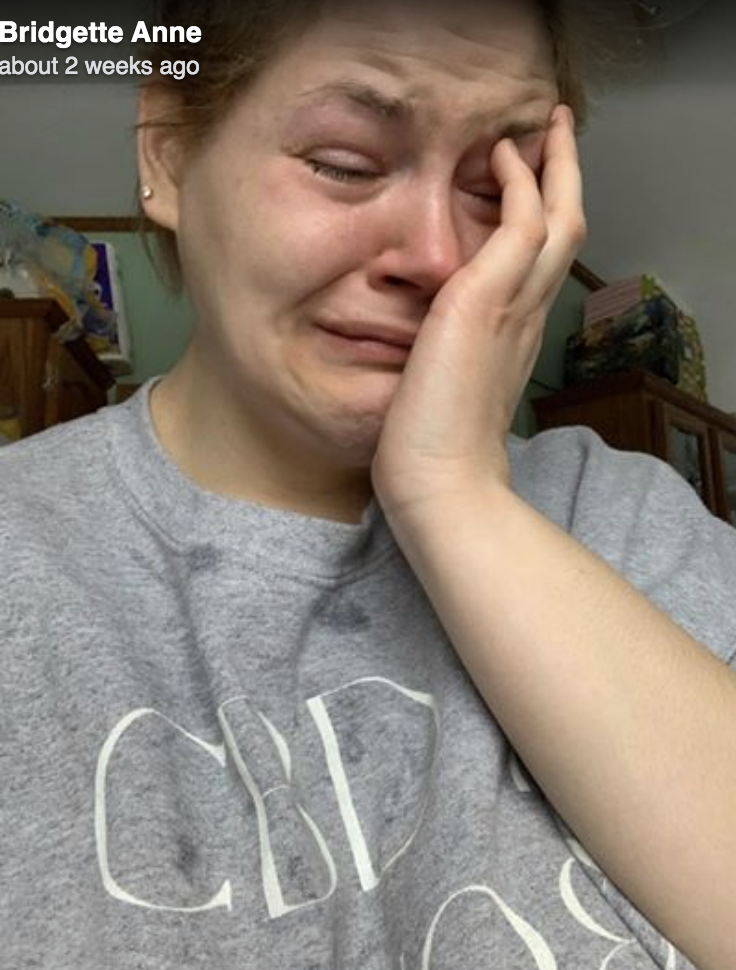 "It was just a day where my child and I both woke up early, in a bad mood, and the day just fell apart from there," she said. "Diaper blowouts, crying, screaming, and just realizing how exhausted I was and how isolated from a world outside of motherhood I really had become."

Her post read in part: "You can’t do anything by yourself; go to the bathroom, enjoy a cup of coffee, read, hell you can’t even scrub the shit out of pants for the 3rd time in a day without someone crying or screaming at your leg." 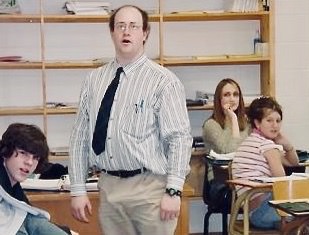 How You Can Support Your Child’s Mental Well-Being

In recent years, society is becoming more and more aware of mental health concerns, but the state of children's mental health in the UK is still extremely alarming.

In fact, 1 in 10 under the age of 18 suffer from a mental health problem in the UK, and 7 in 10 of the children with a diagnosed mental health condition haven’t received intervention early enough. This results in mental health declining whilst waiting for treatment that may be readily available for adults.

Emotional well-being is just as important as physical health in children. Not only does good mental health allow them to cope with life in general, but also gives them confidence in themselves as they transition into adulthood.

At Smart TMS, they treat severe mental health problems with their TMS technology, but there are a number of simple actions that can be taken to help safeguard your children early and create a safe, supportive environment. So, how do we ensure that our kids stay mentally well?

Dads' Moods May Have a Huge Effect on Their Kids' Language Development, Study Suggests 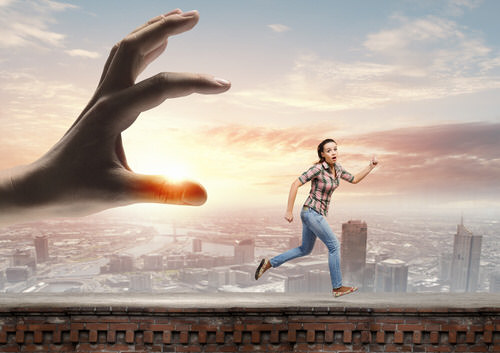 Just a couple of weeks ago, scientists held out hope the new coronavirus could be largely contained within China. Now they know its spread can be minimized at best, and governments are planning for the worst.

“It is not a matter of if—it is a matter of when,” said Amesh Adalja, a senior scholar at the Johns Hopkins University Center for Health Security and a spokesman for the Infectious Diseases Society of America. “There is not a doubt this is going to end up in most countries eventually.”

The U.S., with 11 diagnosed cases so far, plans to quarantine at military bases potentially more than 1,000 Americans evacuated from China’s Hubei province. State health departments are activating emergency programs to isolate the potentially infected—a piecemeal approach that could range from specialized facilities to hotels. Some hospitals have tents in stock to use as emergency isolation wards.

“This is about mitigation at this point, and keeping the global spread as minimal as possible,” said Rebecca Katz, a professor and director of the Center for Global Health Science and Security at Georgetown University.

Clinics are diagnosing a new STI ever 70 seconds in England with cases soaring among gay and bi men.

Gay and bisexual men are particularly impacted by STIs. They account for 75% of all new cases of syphilis in 2018.

At the same time, the government has slashed spending on sexual health services by a quarter since 2014.

THT and BASHH say their State of the Nation report, released today, should be a wake-up call for the government.

Soaring STIs and hidden infections
The report says there were 447,694 cases of STIs diagnosed in England in 2018 alone. 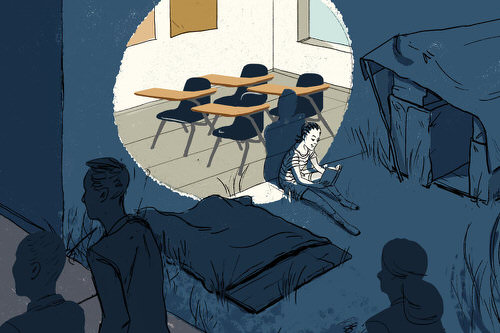 When it comes to embarking on the journey of parenthood, lots of millennials are saying, "Meh. No, thanks."

According to data from the Urban Institute, birth rates among 20-something women declined 15% between 2007 and 2012. Additional research from the Pew Research Center reflects a longer-term trend of women eschewing parenthood as the number of U.S. women who choose to forego motherhood altogether has doubled since 1970.

This trend is fascinating, in part because there's long been a taboo associated with people (particularly, women) choosing to opt out of parenthood. Women who choose not to have kids have been referred to as "shallow" and "self-absorbed," and even the pope has said the decision not to procreate is fundamentally "selfish."

In an effort to find out why so many young people are really deciding against parenthood, we solicited dozens of responses from our audience via Tumblr and Google Forms. The responses we received from people of all sexes and identities reveal that there are myriad reasons why people are opting out of parenthood — and all of them are equally valid.

KENSINGTON, N.H. – A coyote attacked several people within hours Monday before being killed by a local man after the animal tried to bite his son, according to Kensington police.