'Finally': France seeks to set age for sexual consent, at 15

France’s government wants to set the age of sexual consent at 15 and make it easier to punish long-ago child sexual abuse, amid growing public pressure and a wave of online testimonies about rape and other sexual violence by parents and authority figures.

“Finally!” was the refrain Wednesday from victims and child protection activists who have long pushed for tougher laws and greater societal recognition of the problem.

“An act of sexual penetration by an adult on a minor under 15 will be considered a rape,” Justice Minister Eric Dupond-Moretti said Tuesday on France-2 television. Perpetrators could no longer cite consent to diminish the charges, he said, though exceptions would be made for teenagers having consensual sex.

'Finally': France seeks to set age for sexual consent, at 15 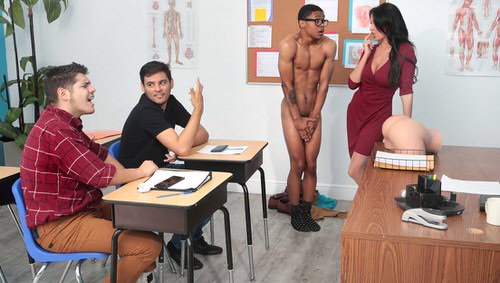 For the first time since 2000, the official guidance on relationships and sex education (RSE) in England is changing. From this month, RSE is mandatory in every secondary school, regardless of whether they are state or private (though the Government has said it will make allowances for schools as yet unable to implement the change because of the coronavirus crisis).

Relationships education – which is now compulsory in every primary school – will mainly deal with families and friendships. It will cover the risks of online relationships, digital privacy, physical boundaries and recognising abusive behaviour.

But will the new guidance protect and empower young people for sex and relationships in a modern world?“The curriculum puts the physical health and emotional wellbeing of young people at its core,” Chiquita Henson, headteacher of Cirencester Deer Park School, a secondary school in Gloucestershire, tells i.

I welcome and respect sex education but will its reach push it forward or away? Are we going to spin tales of delusions and what ofs? Are mom and dad going to be involved? It's part of their job too.

1. Pedos of the future are lining up to talk to your kids about relationships and sex as we speak.
2. Will there be show & tell?
3. "Show me," will become popular amongst the teachers in the gym and the showers.
4. Are we going to crack youngling egg-shell brain and discuss cheating? That they will wolf, wander, get bitten and devoured often?
5. Do we tell boys with small penises they need to learn to bottom? There are no preferences in the future. All sex is transformative and a unit for the cause.
6. Jealousy. Clench baby clench.
7. Mothers. Stop making candy for pedos. No candy, no eating, no pedos.

Pedo Punishment: having to roll back home to fuck their wives for an eternity.