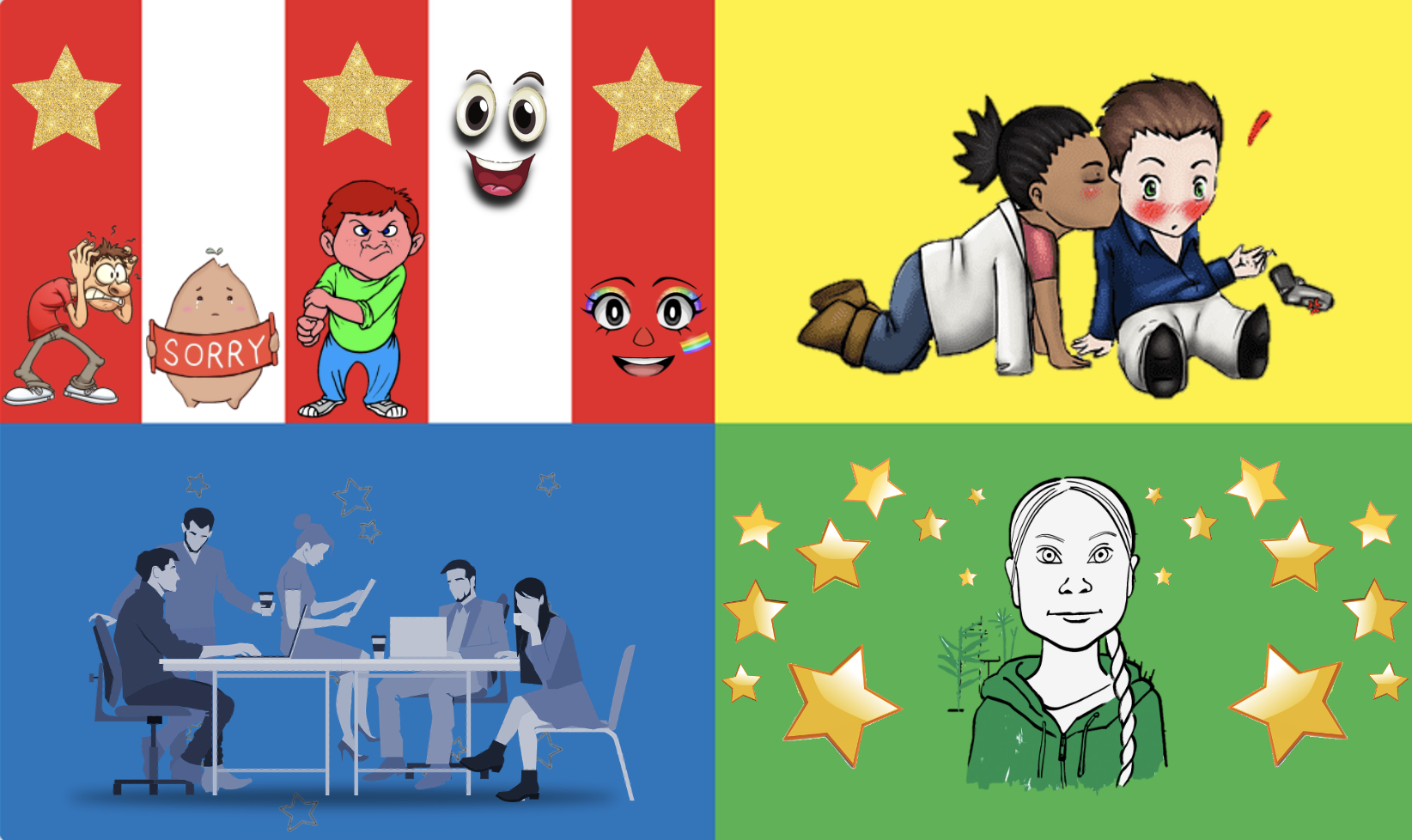 The above example is meant to symbolize America’s past, present, and future. But the “symbolism” is so abstract and non-existent that the creator needed to over-explain what each stripe and square meant.