All Posts Tagged as 'Unemployment' 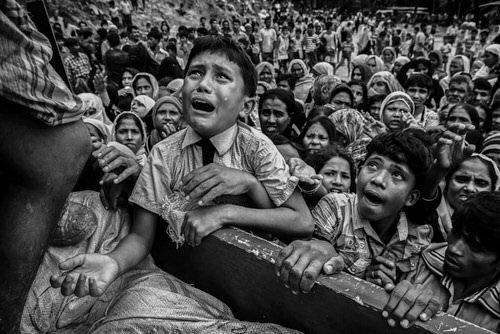 A forthcoming film starring Paris Jackson as Jesus has been denounced as “Christianophobic garbage” in an online petition to prevent its release, which has attracted more than 260,000 signatures.

The casting of Jackson, a model and actor who is the daughter of the late pop star Michael Jackson, opposite Bella Thorne and musician Gavin Rossdale in the film Habit was announced in April. The plot synopsis suggests that Thorne plays a “street smart party girl with a Jesus fetish [who] gets mixed up in a violent drug deal and finds a possible way out by masquerading as a nun”. Jackson’s “gender-bending take on the religious figure” was reported to include “a nose ring, tousled waves and a traditional robe”.

The petition, which names Warner Bros and Lionsgate as its targets, claims that Jackson will play Jesus as a “lesbian”, though there is no mention of this in any publicly available reports of the film. The petition also claims the film is “blasphemous” and that it is “Christianophobic garbage that is spread nowadays, but is somehow accepted and praised by society”.

Black people in the United Kingdom are more than four times as likely to die from coronavirus than white people, the UK's statistics office said on Thursday.

Those of Bangladeshi and Pakistani ethnicity also have a significantly higher chance of dying from COVID-19 than white people, even when adjusting for deprivation, the Office for National Statistics (ONS) said.

The beach-going Grim Reaper on his Florida protest: 'Someone has to stand up'

Elton John is launching a $1 million coronavirus emergency relief fund through his AIDS Foundation, he announced on Saturday.

“For almost 30 years, my foundation has prioritized the most vulnerable people to HIV to end the AIDS epidemic, and we’re committed to this during the COVID-19 crisis, too. Distributing medicines, testing and preventive treatment is not as simple as it was a few weeks ago. So, our new COVID-19 emergency fund will help frontline partners prepare for and respond to the pandemic and its effects on HIV prevention and care for the most marginalized communities,” he said in a video posted to his Twitter account.