All Posts Tagged as 'Women'

My kitty kats are the narrators and in no way associated with this bitch business. 12-Mar-2020

Mexico imagines a world without women, in strike against gender violence 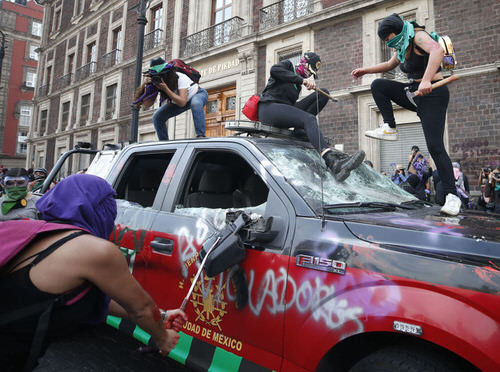 What if all women in Mexico vanished? This is the question at the heart of a nationwide strike kicking off on Monday, during which women are expected to stay away from work and school in protest at surging femicide rates.

Advocacy groups have asked women across Mexico to stay at home for the day, to demonstrate against shocking levels of gender-based violence in the Latin American country.

The number of femicides -- the killing of women because of their gender -- has climbed in recent years. In 2019 there were 1,006 reported cases, compared with 912 the year before.

According to Mexico's Attorney General Alejandro Gertz, femicides have increased 137% in the last five years.

Women dying from pregnancy and childbirth is still a problem in the United States, CDC report shows

The number of women dying each year due to pregnancy or childbirth in the United States has remained steady and some women remain more at risk of death than others, according to a new government report.

In 2018, the year with the most recent national data, a total of 658 women in the United States died while pregnant or within 42 days of the end of pregnancy, according to new data published in the US Centers for Disease Control and Prevention's National Vital Statistics Reports released on Thursday.

Maternal death was defined as the death of a woman while pregnant or within 42 days of being pregnant, from any cause related to or aggravated by the pregnancy or the management of the pregnancy. These maternal deaths in the new report do not include women who died by suicide or homicide.

In 2018, there were 17.4 maternal deaths per 100,000 live births in the United States, according to the report. When that number was broken down by race and age, significant disparities emerged.

American women are more prejudiced than men against lesbians

A landmark study has revealed some startling information about people’s perceptions of homosexuality.

A woman cannot be a true feminist without holding the toxic gods that made female inferiority law, accountable. It's hypocritical.

The feminist cause was supposed to garner women respect not create a hostile takeover.

During this renaissance a little boy's dream must lay to the wayside while his sister's soars. It's what men have been doing to women for centuries, you say. It's what women have allowed for centuries, following God's law. Why can't we get it right and include everyone? Why does every boy have to feel emasculated because our fathers and mothers got it wrong?

You can try to turn the world into a princess fairytale but it wont mean a thing if the prince runs away.

A true feminist can't complain about men if they're still fucking them. It's like a vegan eating meat. 26-Nov-2019

Women in the Bible 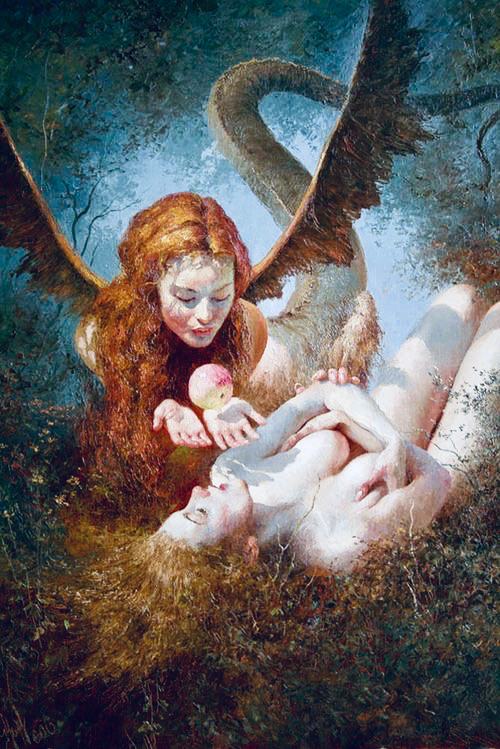 Compared to the number of men, few women are mentioned in the Bible by name. The exact number of named and unnamed women in the Bible is somewhat uncertain because of a number of difficulties involved in calculating the total. For example, the Bible sometimes uses different names for the same woman, names in different languages can be translated differently, and some names can be used for either men or women. Professor Karla Bombach says one study produced a total of 3000-3100 names, 2900 of which are men with 170 of the total being women. However, the possibility of duplication produced the recalculation of a total of 1700 distinct personal names in the Bible with 137 of them being women. In yet another study of the Hebrew Bible only, there were a total of 1426 names with 1315 belonging to men and 111 to women. Seventy percent of the named and unnamed women in the Bible come from the Hebrew Bible.[26]:33,34 "Despite the disparities among these different calculations, ... [it remains true that] women or women's names represent between 5.5 and 8 percent of the total [names in the Bible], a stunning reflection of the androcentric character of the Bible."[26]:34 A study of women whose spoken words are recorded found 93, of which 49 women are named.[27]

All Ancient Near Eastern societies were patriarchal, and the Bible is a patriarchal document, written by men from a patriarchal age. Many scholars see the primary emphasis of the Bible as reinforcing women's subordinate status. However, there are also scholars who claim there is a kind of gender blindness in the Bible as well as patriarchy. Marital laws in the Bible favored men, as did inheritance laws. There were strict laws of sexual behavior with adultery a crime punishable by stoning. A woman in ancient biblical times was always under the authority of a man and was subject to strict purity laws, both ritual and moral. However, women such as Deborah, the Shunnemite woman, and the prophetess Huldah, rise above societal limitations in their stories. The Bible contains many noted narratives of women as both victors and victims, women who change the course of events, and women who are powerless and unable to affect their own destinies.

In all three synoptic gospels, Mark, Matthew and Luke, Mary and Jesus' brothers are disowned by Jesus. The Matthew version has it as "Then one said unto him, Behold, thy mother and thy brethren stand without, desiring to speak with thee. But he answered and said unto him that told him, Who is my mother? and who are my brethren? And he stretched forth his hand toward his disciples, and said, Behold my mother and my brethren! For whosoever shall do the will of my Father which is in heaven, the same is my brother, and sister, and mother." [84] In Luke the repudiation is even stronger, there Jesus says his disciples have to hate their mothers. "If any man come to me, and hate not his father, and mother, and wife, and children, and brethren, and sisters, yea, and his own life also, he cannot be my disciple."[85]

There are hundreds of examples of women from the Bible as characters in painting, sculpture, opera and film. Historically, artistic renderings tend to reflect the changing views on women from within society more than the biblical account that mentions them.

Eve is a common subject. Art historian Mati Meyer says society's views of women are observable in the differing renderings of Eve in art over the centuries. Meyer explains: "Genesis 2–3 recounts the creation of man and the origins of evil and death; Eve, the temptress who disobeys God’s commandment, is probably the most widely discussed and portrayed figure in art."[100] According to Mati Meyer, Eve is historically portrayed in a favorable light up through the Early Middle Ages (AD 800's), but by the Late Middle Ages (1400s) artistic interpretation of Eve becomes heavily misogynistic. Meyer sees this change as influenced by the writings of the 4th century theologian Augustine of Hippo, "who sees Eve’s sexuality as destructive to male rationality".[100] By the seventeenth century, the Fall of man as a male-female struggle emerges, and in the eighteenth century, the perception of Eve is influenced by John Miltons Paradise Lost where Adam's free will is emphasized along with Eve's beauty. Thereafter a secular view of Eve emerges "through her transformation into a femme fatale—a compound of beauty, seductiveness and independence set to destroy the man."[100]

Here's What Nobody Told You About Adam And Eve

How can I seek comfort in the protective layer of my mother's bosom, if she's just like dad? 19-Nov-2019
Since men and women are becoming equal beings, who do I turn to for "heart?" It makes me sad. 19-Nov-2019