More than half of U.S. beaches have fecal bacteria, environmentalists say 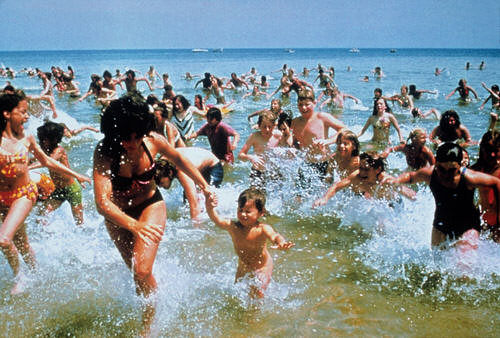 While Massachusetts beachgoers may be worried about sharks this summer, environmentalists are warning about a much smaller organism. E. coli, a bacteria present in animal and human waste, could hurt many more people—and it shows up on half of America's beaches, according to new research from Environment America and the Frontier Group.

Half the beaches in the U.S. have at least one day per summer season in which it's not safe to swim because of elevated bacteria levels in the water, according to a report the group released recently. Some states had it much worse. In Louisiana, all of the 24 beach sites sampled were potentially unsafe for at least one day last summer. In Mississippi, all 21 of 21 beach sites sampled were.

There are several ways for bacteria to get into water, but two of the most common ones are overflows from sewage treatment plants or runoff during heavy rain.